Home » Celebrities » Britney Spears Is Having A Prenup Drafted For Sam Asghari, Her Lawyer Confirms

Britney Spears Is Having A Prenup Drafted For Sam Asghari, Her Lawyer Confirms

The ‘Piece Of Me’ singer’s lawyer noted that a family lawyer is getting a prenuptial agreement ready before the pair tie the knot.

Maybe Octavia Spencer was onto something! Britney Spears’ lawyer Mathew Rosengart confirmed that the 39-year-old singer had an attorney preparing a prenuptial agreement ahead of her marriage to Sam Asghari, 27, on Wednesday September 22, via TMZ. The prenup might be affected by the singer’s ongoing conservatorship battle, because the control of her estate may be necessary to sign off on the terms of the agreement. It could ultimately be up to the court to decide whether or not Britney can get married!

Sources close to Britney had told TMZ that the singer’s team was getting a prenup ready shortly after the pair announced their engagement on September 12. While the “Toxic” singer’s lawyer only confirmed the prenup on Wednesday, people began joking about one almost immediately! The Help actress Octavia Spencer had jokingly advised that the Britney “Make him sign a prenup” after the couple got engaged. Sam even played along, joking that the prenup was to protect some of his prized possessions. “Thank you to everyone who is concerned about The prenup,” he wrote in an Instagram Story. “Of course we’re getting iron clad prenup to protect my jeep and shoe collection incase she dumps me one day.” 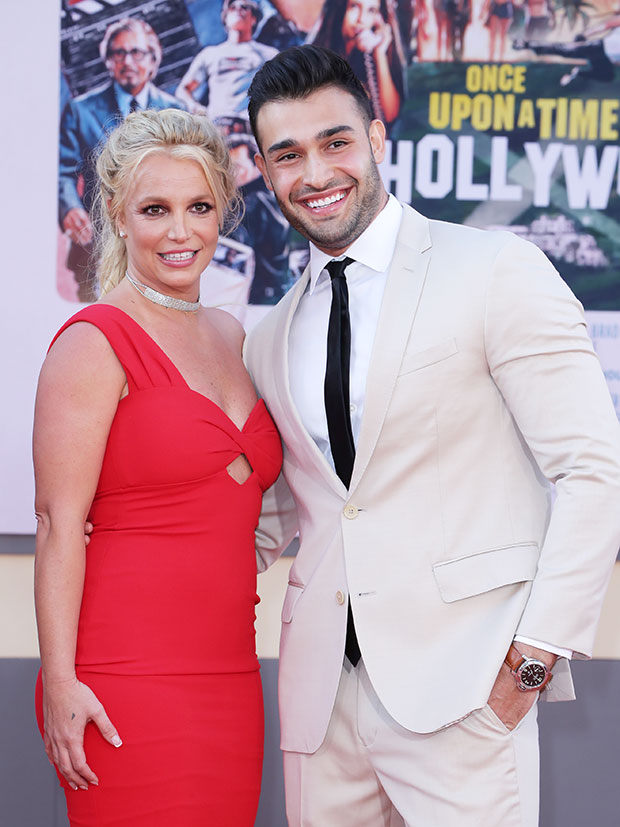 A few days after Olivia shared her joke about the prenup, she apologized and noted how important it was to support Britney in her conservatorship battle. “My intention was to make them laugh not cause pain. I’ve reached out to this lovely couple privately to apologize and now want to restore just a smidge of happiness they were robbed of,” the actress wrote in an Instagram post, before offering congratulations to the lovebirds! “Britney’s fans have seen her through a lot of pain and she’s found happiness. We’re thrilled for her. So let’s show them love.”