Home » Celebrities » BTS: Jungkook Once Learned a Life Lesson When He Cheated on a Spelling Test

BTS: Jungkook Once Learned a Life Lesson When He Cheated on a Spelling Test

School can be difficult for many students, and K-pop idolsare no exception. While some youngsters might try to study harder in order tokeep up with their classmates, others resort to cheating.

BTS’s youngest member, Jungkook, revealed to fans he once cheated on a spelling test during his time in school. However, what came out of it was an important life lesson the 22-year-old still remembers to this day. 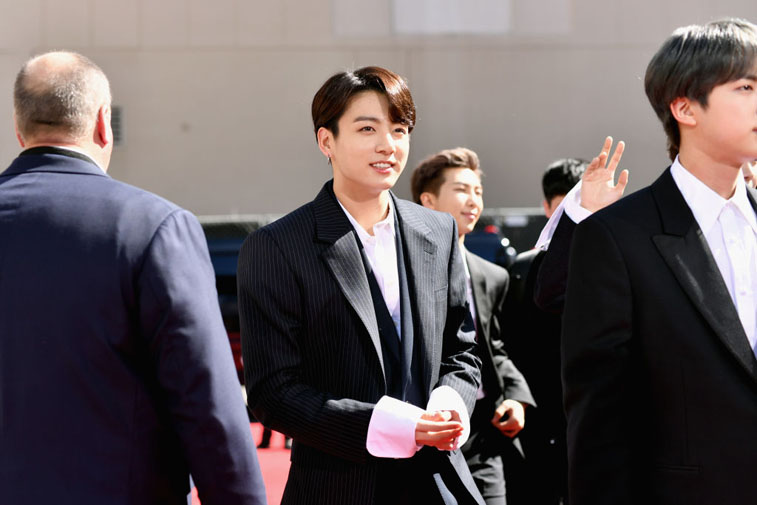 In December 2019, Jungkook shared with fans during alivestream session that he got reprimanded by hisparents when he was younger after cheating on a test.

“I cheated on a spelling test and I got into a lot oftrouble. I got a really good spanking,” Jungkook said, as reported by Koreaboo.

Yet, his parents were not actually disappointed their son was doing badly in his class. Rather, they did not condone the act of cheating.

Jungkook continued: “My mom…I’m not sure what she told me,to be honest, but I think it was something like, ‘I don’t care if you get 100or 0 on your tests. I don’t care about that. But the issue here is that youcheated.’”

While there are a lot of parents who put pressure on their kids to do well in school and always get good grades, Jungkook revealed his parents were never like that. The cheating incident was an example of his parents’ philosophy. Instead of forcing him to be a certain way, they just made sure he understood right from wrong.

“When I was young, no matter what I did, they let me be anddo whatever I wanted to do,” he said. “They only scolded me and corrected mewhen I did things that were obviously wrong. So, up until now, I’ve never beenunder a huge amount of stress. So I’m really grateful for that. To my parents.”

Jungkook seems to excel ateverything he does

RELATED: What is BTS Member Jungkook’s Net Worth?

Jungkook’s parents allowed him to pursue his dreams of beinga singer, and because of that, he was able to become an international superstarwith BTS.

In fact, Jungkook might not need too much pushing because he is natural quite talented at many different things. Not only is he skilled at singing, dancing, and rapping, he has also been shown to be good at sports, gaming, art, and filmmaking.

As such, Jungkook has been called the “GoldenMaknae” of BTS.

Jungkook does not see his familyand friends often

RELATED: BTS: Jungkook Once Shared That He Joined Big Hit Entertainment Because of 1 Person

Despite the fact that Jungkook has earned a lot of success,he does not get to share it with his family and friends often. He and BTS areextremely busy, so they are limited in the amount of time they can see theirloved ones. Not to mention, BTS works in Seoul, South Korea, while Jungkook’s hometownis on the other side of the country in Busan, which adds more difficulties totheir situation.

However, Jungkook can find good company in the other guys of BTS. They have shared they are quite close and like family members to each other.

In an interview with CBSSunday Morning (via Spin.com),member V said: “I think these are the people that know me the best. We knoweach other better or more than our families know us.”