Keavy Lynch – one quarter of girl group B*Witched – has revealed she is pregnant with twins. The C’est la Vie singer spoke out in view of her 4,900 Instagram followers this morning.

For the first 3 months I was feeling pretty rough, shattered and sick all the time. Now we know why

The 40-year-old said her news explained why she had been “feeling pretty rough” in recent months.

The hitmaker spoke out explaining why she had been “quiet” online over the lockdown period.

She shared a number of snaps with her family, while showing off her growing bump.

Keavy has been married to businessman Nathan Comer since 2017 and they welcomed daughter Freya the following year. 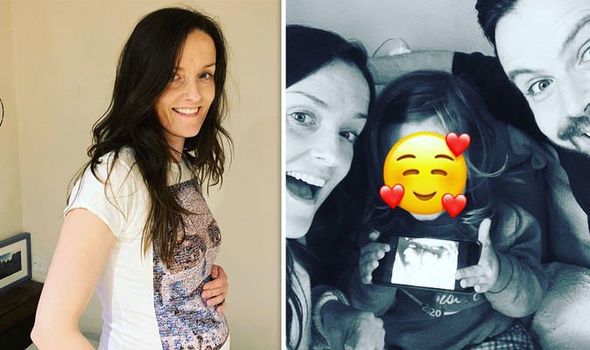 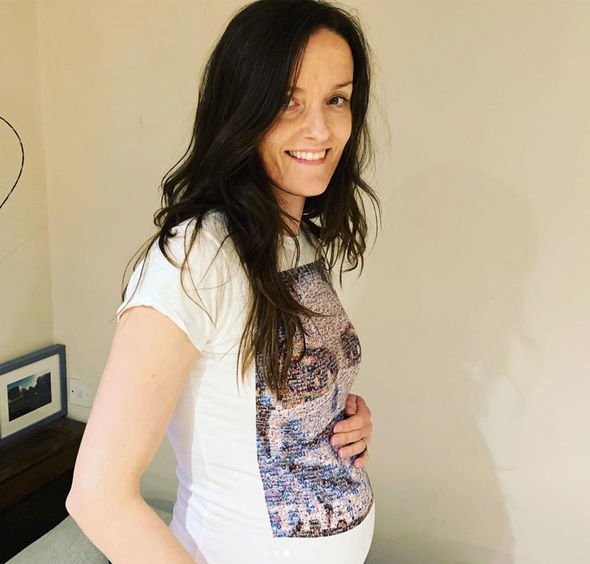 The star wrote: “So I have been pretty quiet on here since lockdown.

“For the first 3 months I was feeling pretty rough, shattered and sick all the time. Now we know why.”

Her first photo saw her beaming in a selfie with her spouse, while her daughter held a picture of their scan. 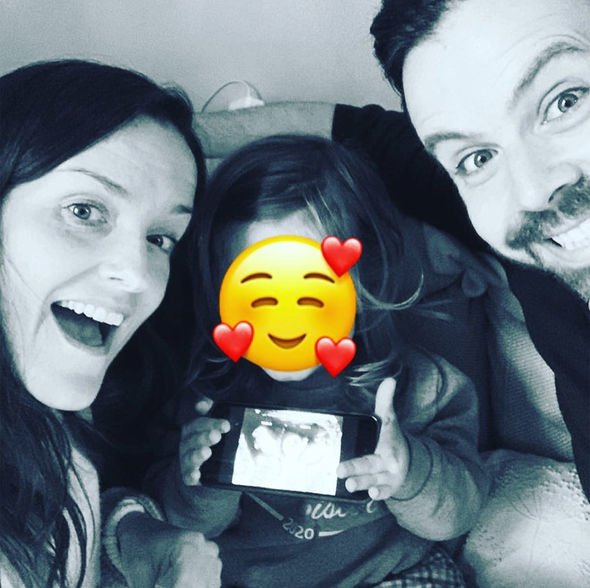 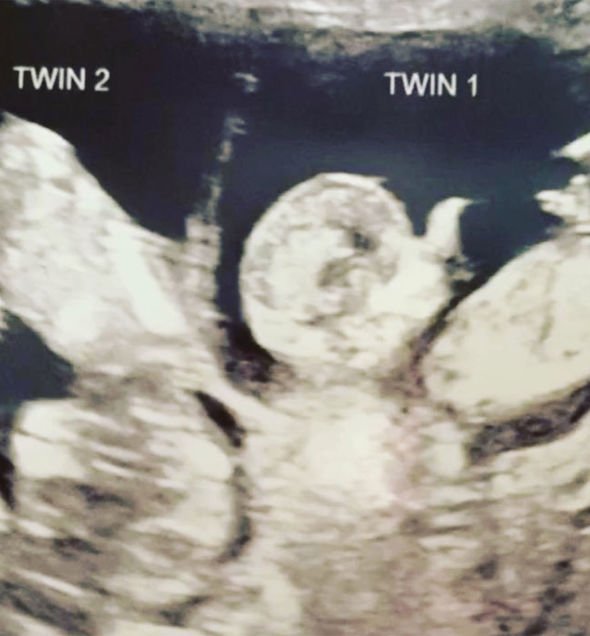 Freya’s face remained covered with an emoji, while the singer appeared to be going make-up for the candid shot.

The second offering gave fans a close-up of the scan, with the two babies marked out as twin one and two.

And the final image saw Keavy standing side-on to the photographer, while her growing tum was impossible to miss.

Wearing her brunette tresses down in a natural wave, she opted for a simple white T-shirt that clung to her belly.

She was immediately inundated with congratulatory messages, with one user telling her: “How exciting for you and the entire family – god bless.”

Keavy previously updated Instagram six days ago, when she shared a collage of pictures with her pet pooch.

She explained: “‪Today would have been my wonderful little Paris’ birthday. Years and years of such joy and pleasure and unconditional love.

Keavy rose to fame in the late 1990s with B*Witched, alongside twin Edele Lynch, Lindsay Armaou and Sinéad O’Carroll.

The band released the likes of best-selling singles Rollercoaster, To You I Belong and Blame It on the Weatherman.

Her sister, 40, who was married to fitness instructor ex Michael Barrett for seven years, has three children.