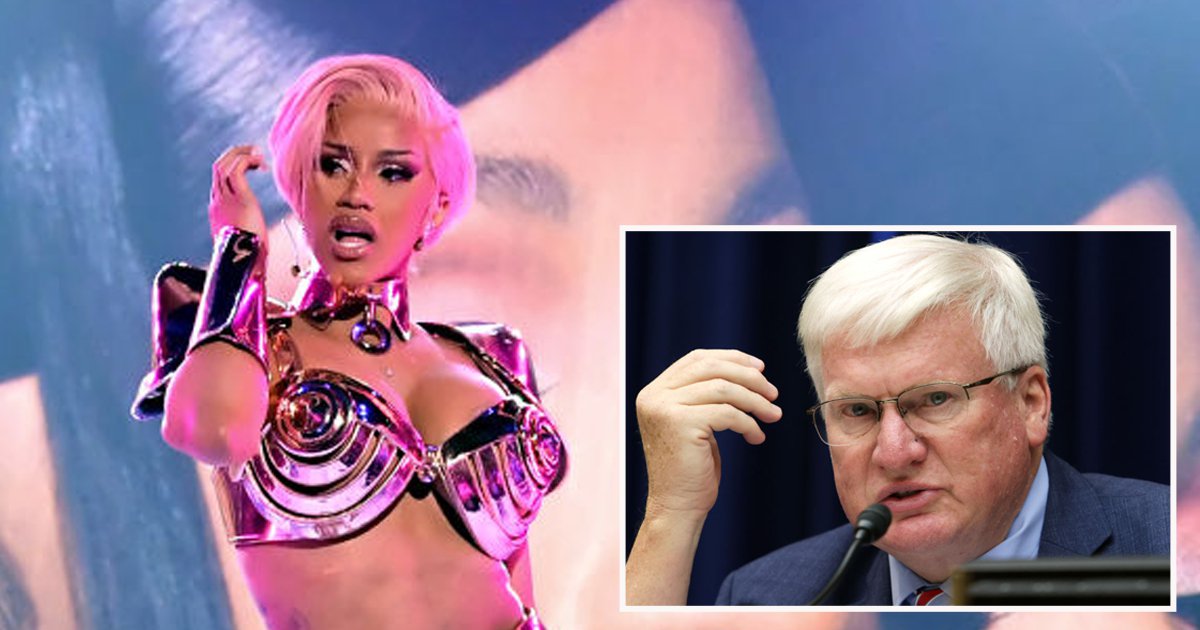 Cardi B condemned a Republican politician for slamming her performance of WAP at the Grammy Awards instead of police brutality.

US Representative Glenn Grothman used his platform as a lawmaker this week to criticise Cardi and Megan Thee Stallion’s racy performance of their number one single at the music awards on March 15.

The rappers were, naturally, bombarded with complaints immediately after the awards and apparently, we’re still focused on this six weeks later.

In recent days, America’s attention has honed in on police brutality against African-Americans in light of ex-police officer Derek Chauvin being found guilty of murdering George Floyd on Tuesday.

The funeral of Daunte Wright, a 20-year-old Black man who was shot dead by police officer Kim Potter, was also held on Thursday in Minnesota.

Cardi shared a clip of Mr Grothman saying: ‘I’ve received complaints in my office, and rightfully so, about Cardi B and the Grammys.

‘They wonder why we are paying the FCC [Federal Communications Commission] if they feel that this should be playing in living rooms across the nation. I realise that Kamala Harris has used her fame to promote this performer, but I assure the FCC that millions of Americans would view her performance as inconsistent with basic decency.’

The FCC received over 1,000 complaints over the Grammys performance of the song.

Got a showbiz story?
If you’ve got a celebrity story, video or pictures get in touch with the Metro.co.uk entertainment team by emailing us [email protected], calling 020 3615 2145 or by visiting our Submit Stuff page – we’d love to hear from you.