Carol Kirkwood, 58, has sent her love to BBC TV journalist Marta Newman after she opened up about feeling emotional in a candid Twitter post. The newsreader revealed that she had planned on going home and spending time with her mum in Poland, but was unable to travel due to the country being placed on the coronavirus quarantine list.

She also faced another issue when it was announced that Manchester was moving to tier three lockdown, which involves the tightest restrictions.

Marta wrote in a heartbreaking post in view of her 2,187 followers: “Out of office on.

“I won’t be doing either of those things.” 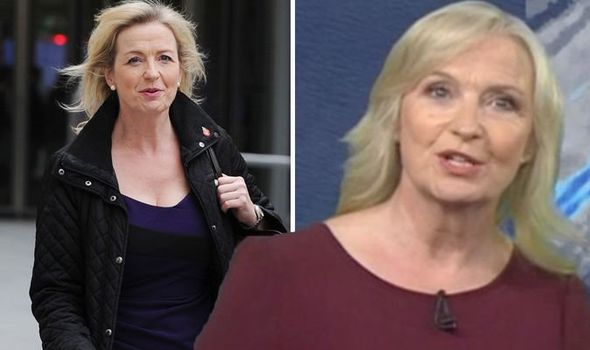 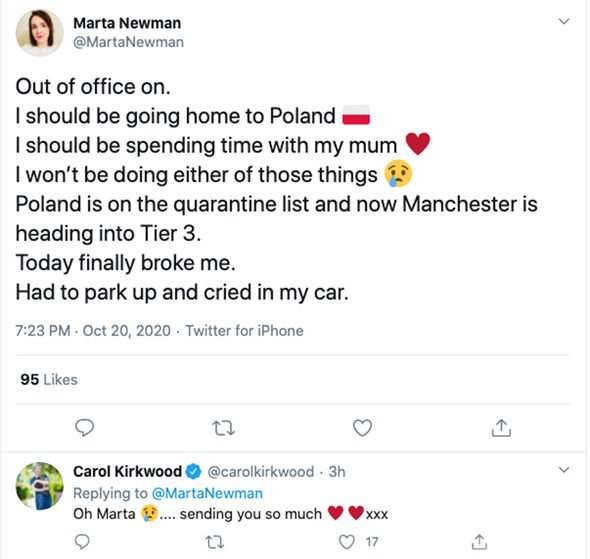 She continued to explain: “Poland is on the quarantine list and now Manchester is heading into Tier 3.

“Today finally broke me. Had to park up and cried in my car.”

After spotting her BBC colleague’s tweet, Carol replied with a supportive message. 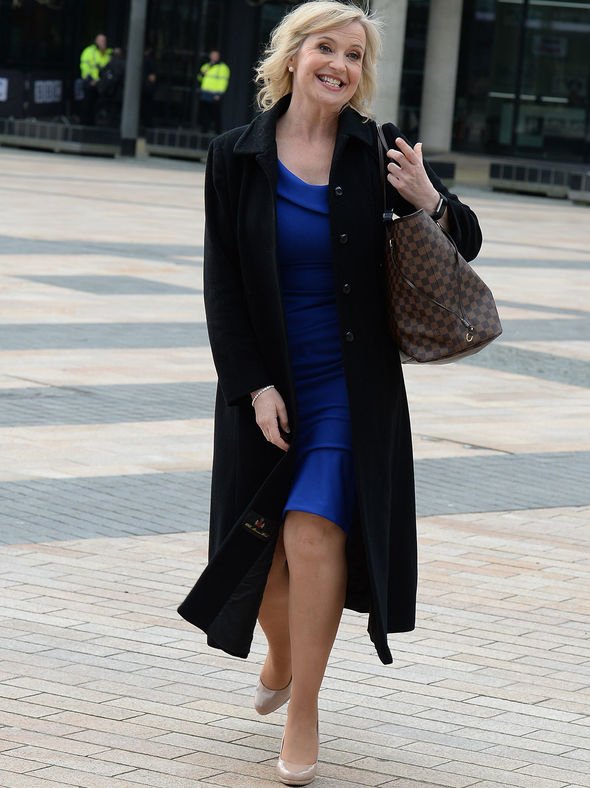 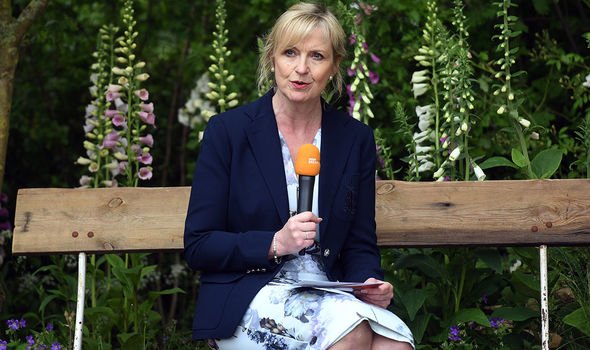 Elsewhere, BBC Breakfast star Carol took to Twitter to thank her 195,000 followers for their “lovely tweets and tips” after she revealed she was suffering from a croaky voice.

The presenter received many supportive messages from fans earlier this week, who offered her helpful advice and remedies for the condition.

Carol was inundated with replies when she wrote on the micro-blogging site: “Oh heck…I think I may be losing my voice!!!

“I am sure that will be a blessed relief for some!!!”

Another added: “If it wasn’t mentioned I’d never have known. You made it through that weather forecast like a true professional. Honey in hot tea and/or ice cream are my go-to home remedies for sore throat.”

A third person commented: “Plenty of drinks and hopefully it won’t be too bad feel better soon xx.”

This morning, the weather presenter showed her appreciation to her fans for reaching out to help.