‘Chrisley Knows Best’: Todd Admits He Wants To See Kyle After His Estranged Son Calls Him

Todd and Julie Chrisley are in the car when their son, Kyle, calls Todd in the March 25 episode of Chrisley Knows Best. Kyle tells Todd that he wanted to “reach out because I’d really like to see you.” Todd says, “Well, I would like that as well.”

Todd asks Kyle if he can call him back when he gets out of the car. Before they hang up, Todd tells Kyle that he loves him. Kyle says the same thing back. 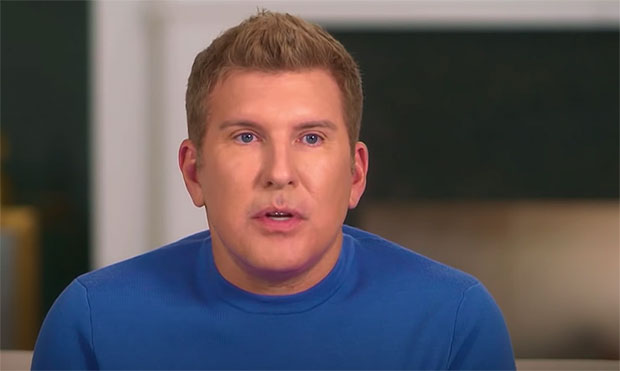 “You know, I was expecting Kyle to call because my mother said she’d given him my number,” Todd says in his confessional. “But expecting someone to call and then someone actually calling is a whole different thing. And I’m not going to lie, hearing Kyle’s voice over the phone, it causes me to become very emotional”

Julie weighs in about the whole situation. “Just because you knew it was coming, doesn’t make it any less hard.” In the car, Julie asks Todd if he’s going to be able to open the door to Kyle again. “I want that because every day that’s lost is a day that you don’t ever get back. I want to see him, but I’m not diving all in just to be hurt again,” Todd admits. Julie says that Todd just has to do “what you feel in your heart is the right thing.”

Todd and Kyle have had a complicated relationship for many years due to Kyle’s addiction struggles, but they have been working on mending things between them. Todd and Julie currently have custody of Kyle’s daughter, Chloe. Chrisley Knows Best will return for season 9 later this summer.