A new chapter. Chrissy Teigen shared a public apology with Courtney Stodden after past comments where she allegedly told the model to kill themself resurfaced.

“Not a lot of people are lucky enough to be held accountable for all their past bulls–t in front of the entire world. I’m mortified and sad at who I used to be. I was an insecure, attention seeking troll,” Teigen, 35, wrote via Twitter on Wednesday, May 12. “I am ashamed and completely embarrassed at my behavior but that is nothing compared to how I made Courtney feel.” 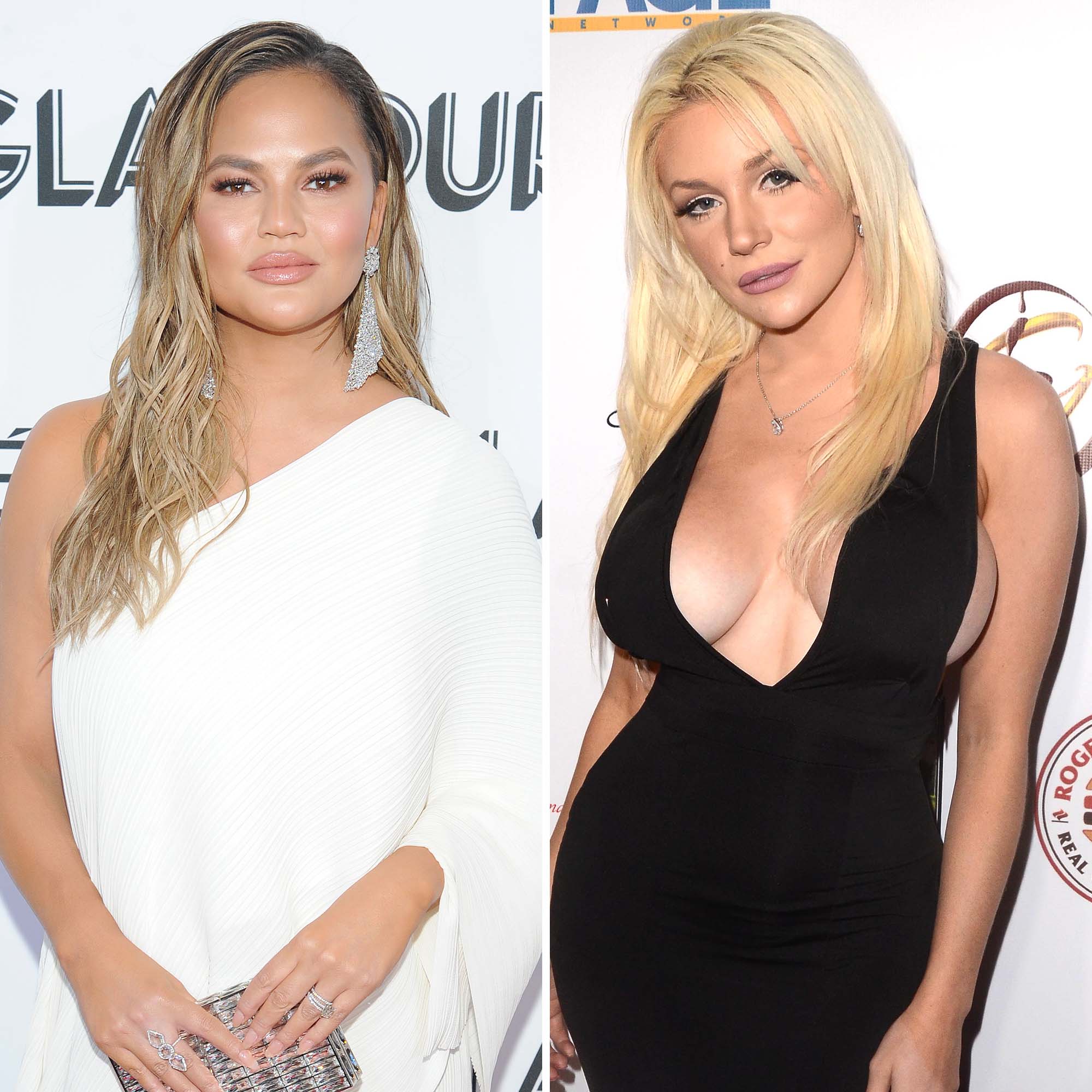 Stodden, who is non-binary, told The Daily Beast on Monday, May 12, that the Cravings author was among multiple celebrities who have sent them hurtful comments in the past.

“She wouldn’t just publicly tweet about wanting me to take ‘a dirt nap’ but would privately DM me and tell me to kill myself. Things like, ‘I can’t wait for you to die,’” the “Pleasure” singer, 26, said. “Some of the worst treatment I got was from women, and we’re not going to get anywhere if we keep holding each other back.”

The Washington native entered the public eye when they married then-51-year-old actor Doug Hutchinson in 2011. Stodden was 16 at the time.

Celebs Fight Back on Social Media

“People came out of the woodwork to beat up on a kid because she was in a situation that she shouldn’t have been in,” the pageant winner said on Monday. “There were a lot of celebrities acting like playground bullies.”

The model noted that the only public figure who ever reached out to apologize for their past behavior was Perez Hilton. According to the Couple’s Therapy alum, the messages led them to a point where they thought about ending their life — a headspace they’ve found themself in multiple times before.

“There have been a lot of evenings where I’ve felt — and still feel — alone. The way my life has been is so tragic that I just feel empty,” Stodden said.

On Wednesday, Teigen noted that, while she’s tried to connect with the reality star in private, she wanted to issue a public apology as well.

“These were not my only mistakes and surely won’t be my last as hard as I try but God I will try!!” the Chrissy’s Court alum added. “I’m so sorry, Courtney. I hope you can heal now knowing how deeply sorry I am.”

Stars Who’ve Hit Back Against Body-Shamers

Last month, the former Lip Sync Battle host returned to Twitter after a three-week break. She quit the app in March after claiming that the platform had begun to serve her “negatively” due to online critics and trolls.

If you or someone you know is struggling with suicidal thoughts, please contact the National Suicide Prevention Lifeline at 1-800-273-8255