CHRISTOPHER STEVENS reviews last night’s TV: It’s easy to get old coppers to talk – shutting ’em up is the problem

Murder In The Car Park

Inside Monaco: Playground Of The Rich

There’s a doctorate waiting for the first psychologist to publish a scientific paper on PC-PLoD syndrome — Post Constabulary Persistent and Loquacious Droning.

In other words, an old copper who never shuts up.

Getting information out of them when they’re on the force is a constant frustration. ‘We are not at liberty to comment on an ongoing investigation,’ they intone. And: ‘That information is classified at the present time.’ Yes, but… ‘No further questions.’ 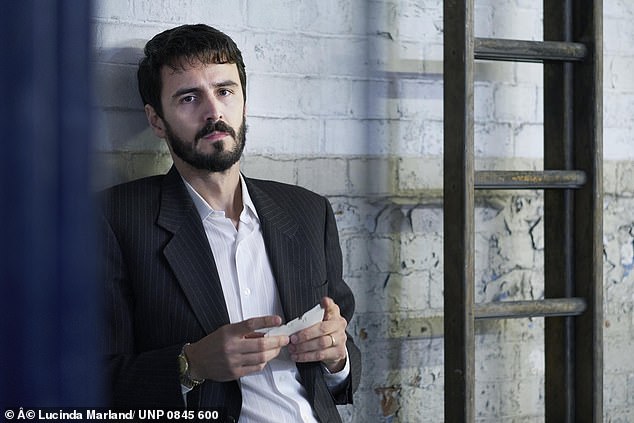 There’s a doctorate waiting for the first psychologist to publish a scientific paper on PC-PLoD syndrome — Post Constabulary Persistent and Loquacious Droning. Pictured Matthew Batte starring as Daniel Morgan in Murder In The Car Park

The minute they hang up their lanyards, it all changes. Buy an ex-detective a pint, ask him about a case 30 years ago and he’ll talk himself hoarse — then email you details he forgot to mention.

The producers of the true crime documentary Murder In The Car Park (C4) recklessly invited about a dozen former crime squad officers from a South London nick to tell them about an unsolved killing from 1987. These shows usually run to an hour. The opening episode of this one lasted over 90 minutes, and the story barely got going.

We heard the minutiae of the case from every view-point, with old CID scores being settled and ancient grievances dredged up.

Feathered flap of the night:

All seemed lost in The Salisbury Poisonings (BBC1) when the swans started falling over. If Novichok nerve agent was in the river, the city would have to be evacuated. Luckily, the birds were OK — just feeling a bit fowl.

The first five minutes were taken up with a heated debate about whether the Super in charge had a swift double Scotch to calm his nerves after seeing the body.

If he did, no one could blame him. Daniel Morgan, a debt collector with a private investigations agency, was discovered in a pub car park, in a pool of congealed blood with an axe in the side of his head.

‘It did have the hallmark of an execution,’ mused one former policeman. He’s right that this wasn’t a mugging — Morgan had a £1,000 roll of banknotes, untouched in his pocket — but an executioner usually takes his axe home with him. Just ask Anne Boleyn.

Anyone who leaves their cleaver embedded in the skull is either a berserk Viking or an amateur with a grudge. Deciding on the latter option, detectives quickly brought in Morgan’s business partner for questioning, private eye Jonathan Rees.

But the sergeant sent to take Rees’s statement happened to be his best mate . . . who forgot to tell his boss that he was drinking with Rees and Morgan in the Golden Lion, minutes before the murder.

In fact, half the crime squad were regulars at the Lion. Suddenly, this case looked murkier than the dregs of a barrel of Worthington E. Rees was later charged with the murder but proceedings were discontinued and a not-guilty verdict entered. The killer has never been found.

No danger of the police in Monaco leaving a murder investigation unfinished. They reacted with an armed rapid-response unit when two tourists tried to do a runner without paying for their pizza.

Inside Monaco: Playground Of The Rich (BBC2) took a tour of the police armoury and described the force as ‘Prince Albert’s private army’. Every copper has more weapons than Rambo and is trained to show zero tolerance even for motoring offences. 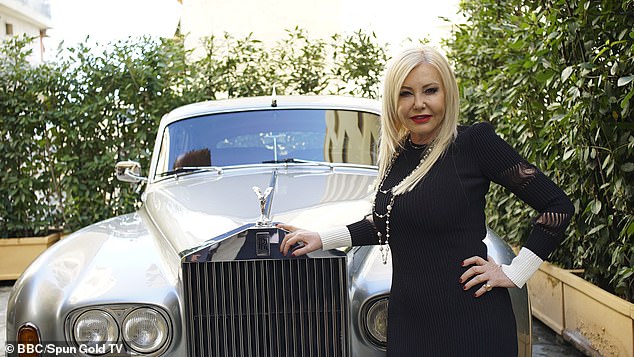 Monika Bacardi pictured with her classic Rolls Royce in BBC2’s Inside Monaco: Playground Of The Rich

By a surprising coincidence, Monaco has the lowest crime rate in Europe. Fancy. The only crooks are the billionaires dressing up as Chicago gangsters and their molls, for a Speakeasy night at the Casino. The Prohibition era was recreated in every detail . . . with added alcohol.

This documentary, which was so obsequious towards the royals last week, did manage to stop slavering over all the wealth, at least for long enough to visit the women’s block of the prison. There, the Mediterranean can be seen twinkling beyond the bars.

A view to kill for, perhaps.