CHRISTOPHER STEVENS reviews the weekend’s TV: Gary and stars get the festivities started… but where was Cliff?

Gary Barlow’s Night at the Museum

Perhaps for the first time in living memory, nobody is complaining that Christmas has started too early this year.

Round my way, everyone has a tree up and lights in their windows, and even the carollers are out in force. There’s nearly three weeks to wait but apparently it’s going to be jingle all the way.

When Gary Barlow and friends launched into Slade’s Merry Christmas Everybody with ropes of tinsel round their necks, in concert on his Night At The Museum (ITV), it didn’t seem a moment too early.

After the traumas of this year, we’re ready for it. The only song more apt (though it isn’t really a top-notch tune from the festive canon) would be Queen’s Thank God It’s Christmas.

We did get a Queen number, the rollicking Don’t Stop Me Now, belted out by Alfie Boe — he’s got the lungs and the range to match Freddie Mercury, but thankfully he didn’t feel the need to perform in a bare-chested leopardskin leotard with the microphone stand thrust between his legs. There are limits. 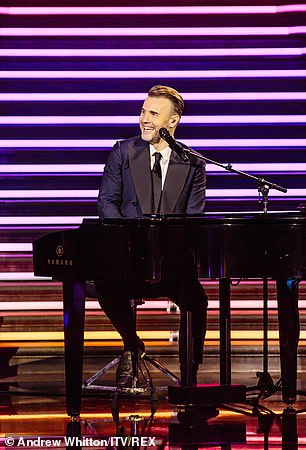 Gary was doing his utmost to make this gig in the Great Hall of Kensington’s Natural History Museum feel like a live show. He was working the TV audience, urging us to sing along: ‘OK, everybody at home, let’s see those hands. I wanna see your arms in the air.’

Despite the canned applause, there was no one in the front row, of course — just the camera crew, suitably masked up. The musicians in the big band were widely spaced, but we didn’t see the full impact of ITV’s strict social distancing until Gary’s special guests started arriving.

However, it did start to feel like a real concert when Gary pulled the quintessential trick of any ageing pop star. He played his new single. This one is a Latin shimmy called Elita, recorded with Michael Bublé and the Colombian superstar Sebastián Yatra.

Gary joshed with Buble and Yatra on a video chat. Diplomatically, nobody mentioned that when Take That had their first No 1 in 1993 with Pray, Sebastian wasn’t even born.

It was all slick and typically professional, with no duff notes apart from an unprovoked joke about the museum’s fossil collection and Cliff Richard. That would have worked better if Sir Cliff had actually been there. They should have asked him — I bet he would have showed up. After all, what’s Christmas without some Cliff?

Archaeologist Ella Al-Shamahi wasn’t in search of fossils but relics, in Jungle Mystery: Lost Kingdoms Of The Amazon (C4).

As Brazil’s rainforest is mown down, aerial surveys are discovering evidence of a sophisticated Inca civilisation of 10 million people, wiped out 350 years ago by the arrival of Europeans and their diseases. 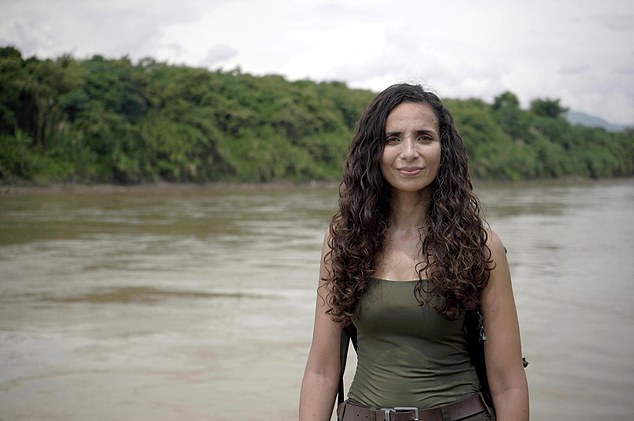 Archaeologist Ella Al-Shamahi wasn’t in search of fossils but relics, in Jungle Mystery: Lost Kingdoms Of The Amazon (C4)

The first half of the hour was intriguing. Ella and her guides uncovered the remnants of a village — one of thousands connected in a network that ran for miles along the river bank. ‘It’s so bloody awesome,’ she exclaimed, hopping with excitement.

But the second half fizzled out rather, as she visited a village to meet indigenous people and inspect their pottery. They donned loincloths and put on a dance for her. It felt fake and slightly demeaning, a performance for the cameras.

No doubt they put their jeans and T-shirts back on as soon as she was gone. You might as well expect us cheery English yokels to wear Morris leggings and bells every day.