Home » Colton Underwood Addresses Backlash After Coming Out as Gay

Colton Underwood Addresses Backlash After Coming Out as Gay

Colton Underwood is addressing his controversial coming out. In an interview with Variety, the 29-year-old former Bachelor discussed his decision to come out as gay on Good Morning America last month, and the backlash he received for doing so.

The controversy was tied to his alleged actions after his May 2020 breakup from his ex-girlfriend, Cassie Randolph. Following their split, which came less than two years into their relationship, Underwood tells Variety that he was in “such a dark place,” because he knew that it was the last straight relationship he’d have.

In September 2020, Randolph requested a restraining order against Underwood, which was later granted and extended. At the time, a source told ET that, following their split, Randolph received strange texts from an unknown number and allegedly found a “tracking device” on her car. The source told ET that Randolph confronted Underwood and he admitted to “everything.” Underwood previously said that his ex dropped the restraining order in November.

It was five months later that Underwood came out as gay. While he was supported by many, he was also criticized that his announcement was timed to divert attention away from the situation with Randolph.

“I never want people to think that I’m coming out to change the narrative, or to brush over and not take responsibility for my actions, and now that I have this gay life that I don’t have to address my past as a straight man,” Underwood says. “Controlling situations to try to grasp at any part of the straight fantasy that I was trying to live out was so wrong.”

Underwood clarifies that he “did not physically touch or physically abuse Cassie in any way, shape or form,” before noting that the behavior he did exhibit does not represent “who I am as a human being, and it’s not how I carry myself.”

“If there was anything I could do to take more ownership, I would. But also, out of respect to her, I don’t want to get into the details,” he says. “I want this interview to be the last time I address her, because it’s not fair for her to have her name in articles every time I talk. I’m sorry, and I want her to know that I hope she has the best, most beautiful life.”

Randolph has only commented on her ex’s announcement once, during a YouTube video in which she did not mention his name.

“Regarding the topic in the media that brought my name up this week, I just want to let you know that I’m not going to be further discussing it or commenting on it for now,” she said. “There’s a lot of layers to it and I just feel like the best thing for me at this time is to move forward and just focus on going forward.”

“So, if I do decide in the future to say anything or make a comment at all, you guys will be the first to know,” Randolph added. “But for now, I just wanted to say thank you for all the kind messages and comments and DMs… I’m so thankful and I feel very loved and supported. Thank you guys so much.”

After Underwood came out, it was additionally announced that he had landed a Netflix reality series about his coming out journey. Many people criticized the series, and a petition to cancel it garnered more than 35,000 signatures.

“Colton has been public about his past and the bad choices he’s made and this will be part of the show, too,” Brandon Riegg, vice president of unscripted and documentary series at Netflix, tells Variety. “While there is tension with providing a platform, we think his complicated story, which includes him taking accountability, is one others can learn from, and we trust Colton and the producers to address it in a thoughtful way.” 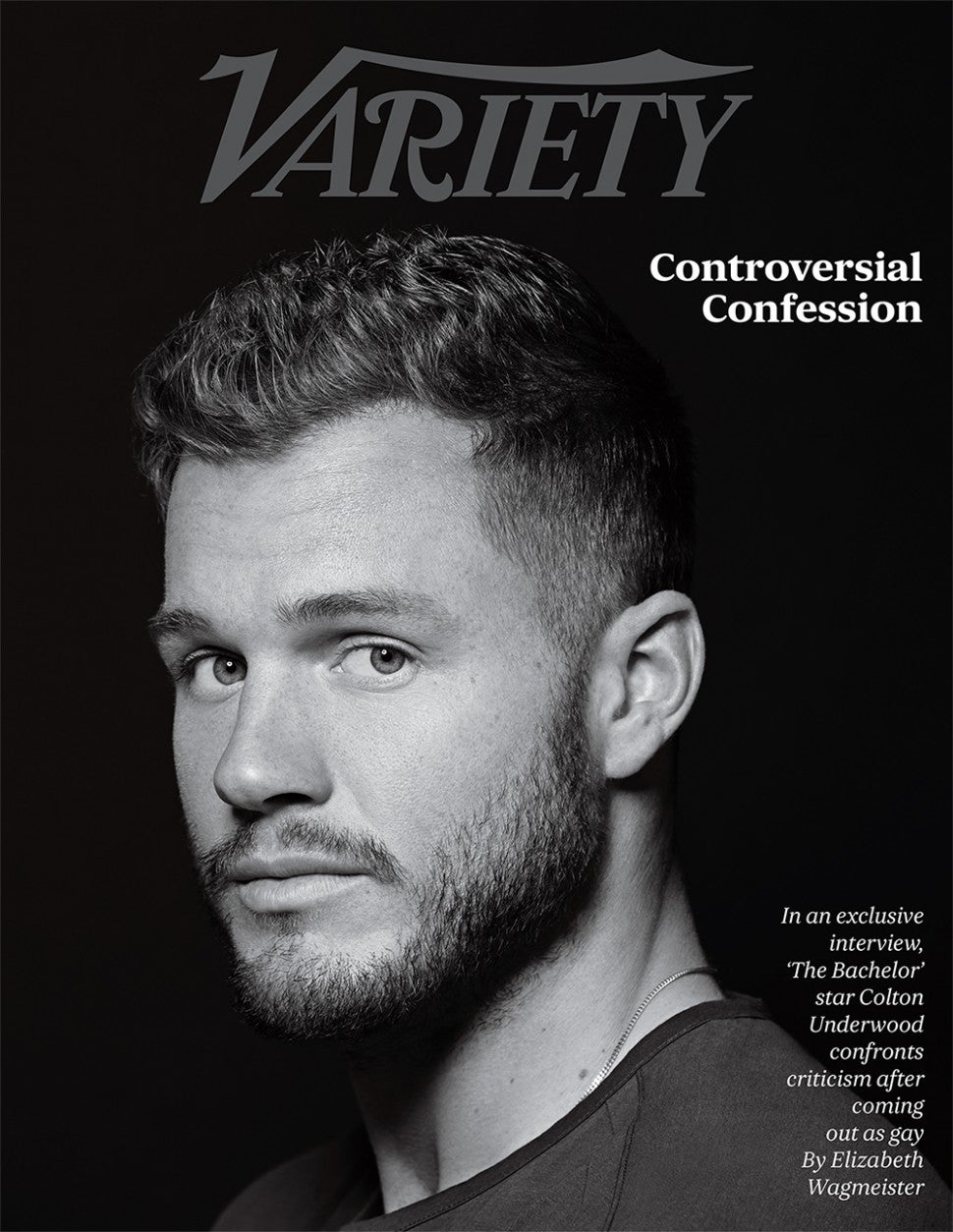 Around the same time as his split from Randolph, Underwood claims that he was being blackmailed. The alleged blackmailing happened after Underwood visited a spa known for serving a gay clientele. After that visit, Underwood says that he received an anonymous email from someone that claimed to have taken nude photos of him at the spa.

The sender, Underwood claims, threatened to out him to the media. Underwood forwarded the email to his publicist, which was the first time he’d come out.

“I knew that out of anybody in my world, my publicist wasn’t going to ruin me,” Underwood says.

When the alleged blackmailing happened, Underwood says he was at his “rock bottom,” noting that last summer he took pills in an attempt to end his life. “It didn’t work,” he says. “That was the saddest and most confused and most hurt.”

The alleged blackmail attempt and Underwood’s eventual decision to come out to his publicist, came after more than two decades in the closet.

“I know people are saying that this story has been told, but I grew up in Central Illinois. I had never seen a football player that had made it to the NFL that had been gay, growing up Catholic,” he says. “… We had one gay person in my entire town. And he was the butt of every joke.”

“Growing up in sports, I was taught that gay is wrong and gay is bad and football players are not gay,” he adds. “By the time I realized that I was gay, I didn’t want to be gay. It was easy for me to hide in plain sight behind a football mask and hunting and fishing and the things that this world tells us is ‘masculine’ and ‘manly.'”

It’s touching those who may be going through what he went through that makes Underwood glad he came out and eager to share more of his story on the upcoming reality show, which is set to premiere later this year.

“My dad is proud to say that he is a conservative Republican, and he is also proud to say, ‘I have a gay son,'” Underwood says. “I think it’s important for America to hear that and see that. Right now, the media makes it seem like there is no middle ground.”