Eddie Murphy might be known by younger viewers for his recent role in Coming 2 America, the sequel to his 1988 hit film Coming to America, but older viewers will likely recognize him from his long time as a stand-up comedian. Murphy started his career as a stand-up comedian but transitioned into a big-screen actor after Hollywood became privy to his talents.

In Coming 2 America, Murphy reprises his role from the original film. However, he adds his daughter, Bella Murphy, to the cast, as she plays his daughter in the movie as well.

Despite being Murphy’s child, Bella recently revealed that she wasn’t allowed to watch Murphy’s stand-up comedy routines for many years. She only recently started watching some of his older stand-comedy specials and found them quite entertaining. 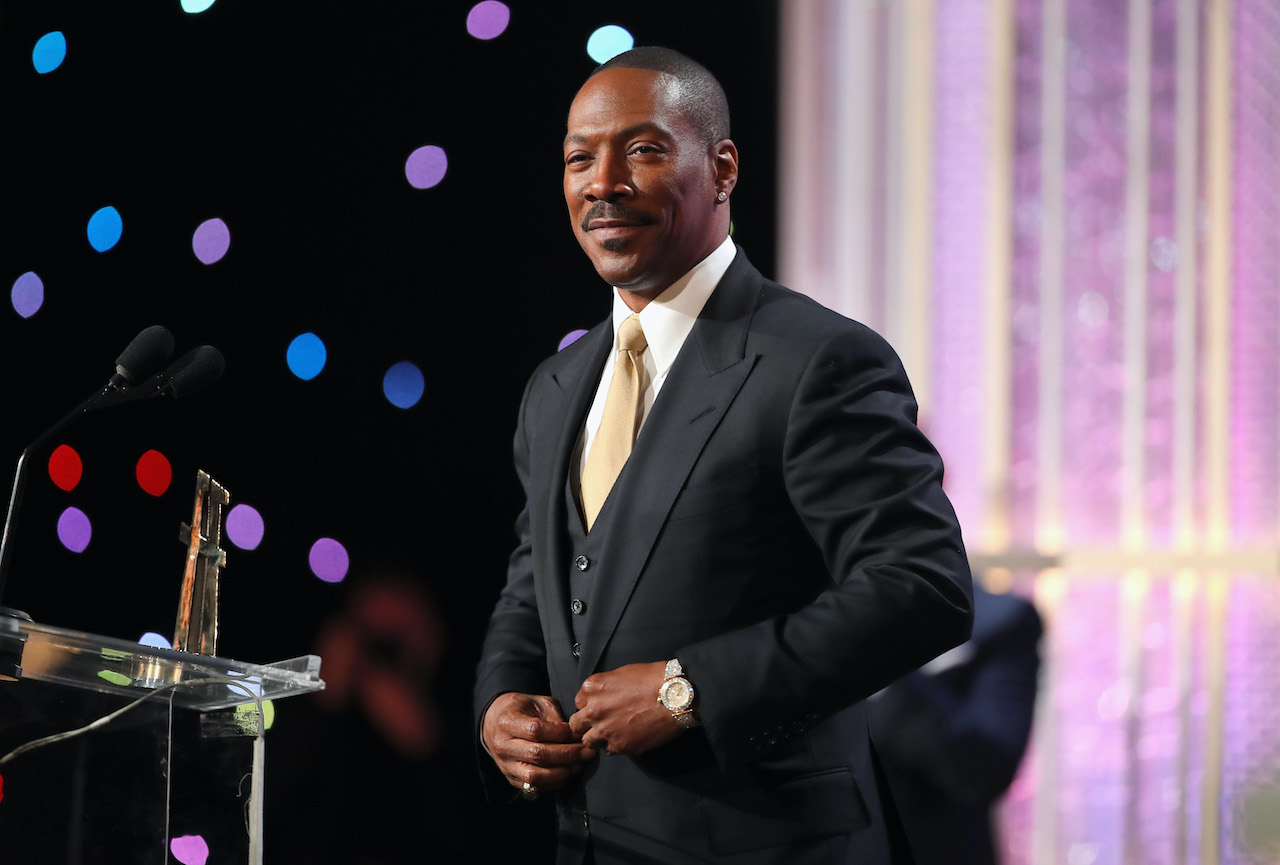 Murphy talked about her father’s stand-up comedy specials during a recent interview with Kelly Clarkson.

“I think when I was younger, I wasn’t allowed to. Because obviously, it was not age-appropriate for me,” Murphy said. “But as I got older, I started watching. I’ve seen his stand-up recently, which was really cool.”

Bella enjoyed watching her father’s old work because it showed him in a fashion that she had never really seen before.

“It was fun to see that because, I don’t know,” she said. “It was really cool to see him in that light, ‘cause I’ve never seen him like that before. So it was cool.”

Eddie Murphy isn’t proud of all of his work

Murphy’s comedic style and content have changed a lot since having children. He makes more family-friendly films nowadays, but he can still think of movies from his past that he doesn’t want his kids to watch.

“Yes … there was a film I did called Pluto Nash, that was so bad, I sat and cried and said, ‘My children’s gonna see this one day,’” he said. “My kids have to see this one way.”

She was nervous about filming ‘Coming 2 America’ with her father

Because Eddie has more than 40 years of experience in the entertainment industry, it makes sense that Bella would be nervous standing across from him while filming Coming 2 America. However, her feelings changed after she was able to practice her lines with Eddie and her acting coach.

“In the beginning, I was really nervous, but I was excited too,” she said. “So, I think at first I was a little nervous, but once I started rehearsing it and going through it with him and my acting teacher, all of those nerves kind of just went away because I was sure on what I was doing. So yeah, just practice and time took those nerves away.”

Eddie chimed in as well, stating that the more entertainers rehearse, the more prepared they are for work.

Coming 2 America is available for streaming on Amazon Prime Video.