Home » Celebrities » ‘Cops’ quietly resumed production after it was canceled, but don’t plan to watch it in the US

‘Cops’ quietly resumed production after it was canceled, but don’t plan to watch it in the US 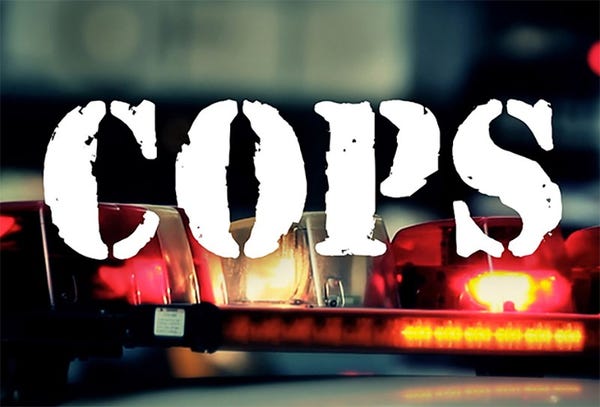 "Cops" is returning to TV, but don't plan to watch it in the US.

"We have a longstanding relationship with 'Cops' and [series producer] Langley Productions, and we are pleased they have decided to return, highlighting the outstanding work our deputies provide to all of you," the Spokane County Sheriff's Office said in a press release on the county website.

According to the release, two film crews began riding with deputies in September and will be in the area through the first week of November.

Paramount Network previously canceled the long-running TV series in June ahead of its 33rd season premiere. The network initially pulled the series from its schedule following nationwide protests after the death of George Floyd.

THR reports the new episodes will not air in the US. A Langley Productions spokesperson told THR the episodes are being made to fulfill obligations with international territories where the show still airs.

"Shows like 'Cops' highlight the work of law enforcement," said Sheriff Ozzie Knezovich in the release. "They show, even for a few minutes, what the men and women out protecting our communities deal with day in and day out."

"People need to see how quickly things can turn, the decisions that need to be made quickly, and how well deputies and officers adjust and respond appropriately," Knezovich continued. "They show the hard work and professionalism of law enforcement, despite what some anti-law enforcement activists and those in the media want you to believe."

"Cops" was one of the longest-running TV shows in the US. Its first 25 seasons ran on Fox.