Courtney Stodden shared a personal message about ‘forgiveness’ while rocking a metallic green bikini in a stunning new photo.

Courtney Stodden, 26, looks stunning in a new photo that shows them wearing a green string bikini. The photo, which was shared on Courtney’s Instagram page on June 23, also shows them rocking a make-up free face and we’re loving it.

The blonde beauty, who identifies as non-binary, used the Nevada desert as a backdrop to their photo. It was also taken around sunset, which gave the picture a natural luminescent look. Holding their hair down as the wind blew their locks to the right side, Courtney looked straight at the camera and captioned the smoldering picture: “Forgiveness is everything #mindfulness.”

In March 2021, Courtney disclosed that they had been the victim of severe cyberbullying by Chrissy Teigen, 35, and they decided to come forward after the model, who has since apologized for her past comments, said she would be leaving Twitter after experiencing constant negativity. Courtney told their social media followers that Chrissy’s past comments about wanting Courtney to take a “dirt nap” and wishing death upon them severely affected their mental health.

After a month-long absence from all social platforms, Chrissy apologized to Courtney and anyone else she may have hurt with her past behavior via her Twitter account. “I’m mortified and sad at who I used to be. I was an insecure, attention-seeking troll. I am ashamed and completely embarrassed at my behavior, but that…is nothing compared to how I made Courtney feel,” Chrissy wrote. 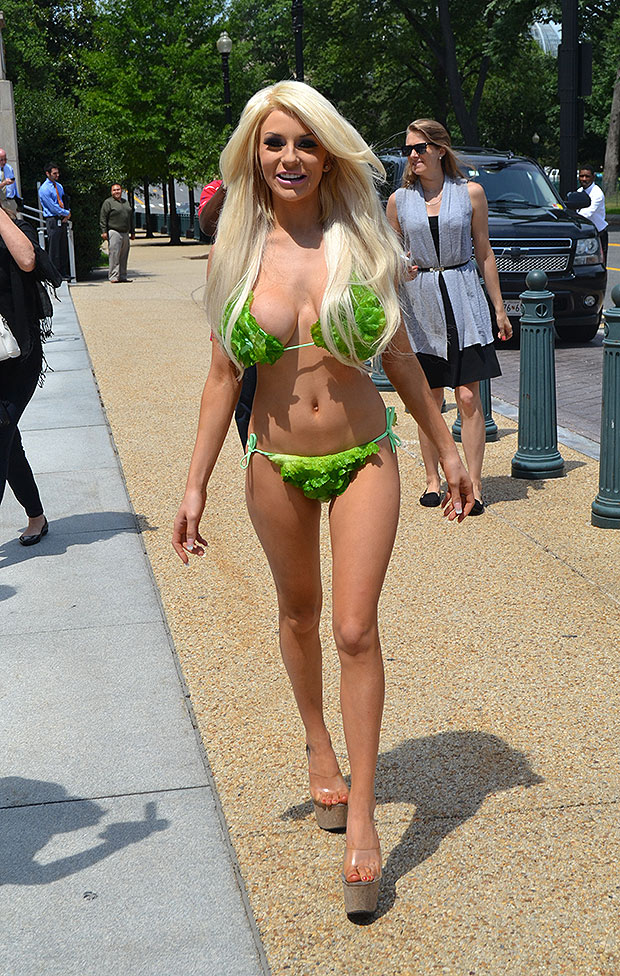 Although she did not address the remarks she directly made to Courtney, she did claim to have tried to reach them to personally apologize – a statement that Courtney said was not true. Telling TMZ, “All of me wants to believe this is a sincere apology, but it feels like a public attempt to save her partnerships with Target and other brands who are realizing her ‘wokeness’ is a broken record.” However, Courtney has made it clear that they accept Chrissy’s apology despite having yet to hear from her and being blocked on social media. Clearly, the blonde beauty believes in the power of forgiveness and not holding on to resentment. Just look at how radiant she looks!