BBC Breakfast host Dan Walker took to Twitter and shared a video of a VE Day celebration where members of the public took part in a street party. The 43-year-old praised the group for their vocal abilities but questioned the rules on social distancing amid the coronavirus pandemic.

It comes as the small group gathered in the street to sing along to Vera Lynn’s We’ll Meet Again to mark VE Day.

However, Dan questioned why they all stood so close together during the broadcast.

Taking to the micro-blogging site, the broadcaster addressed the number of Covid-19 fatalities in the UK.

In view of his 646,000 followers, he wrote: “Great song, beautifully sung but I am struggling to get my head around this. 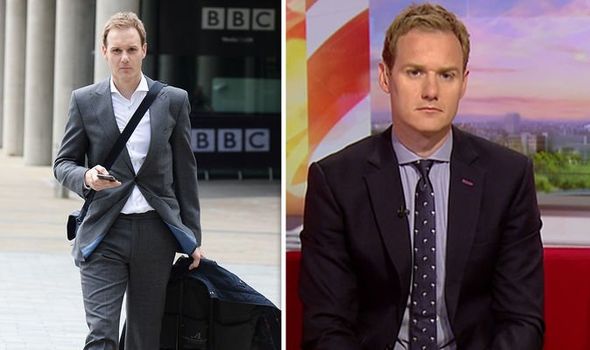 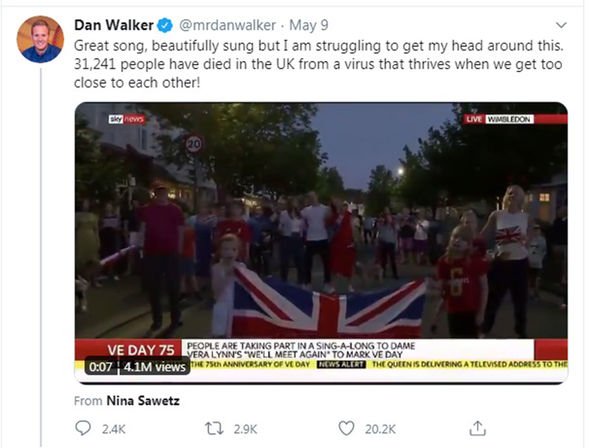 “31,241 people have died in the UK from a virus that thrives when we get too close to each other!”

His comments come as the UK Government enforced a nationwide lockdown in a bid to slow the spread of Covid-19.

Prime Minister Boris Johnson is believed to be relaxing some measures to open garden centres and give people more freedom to exercise. 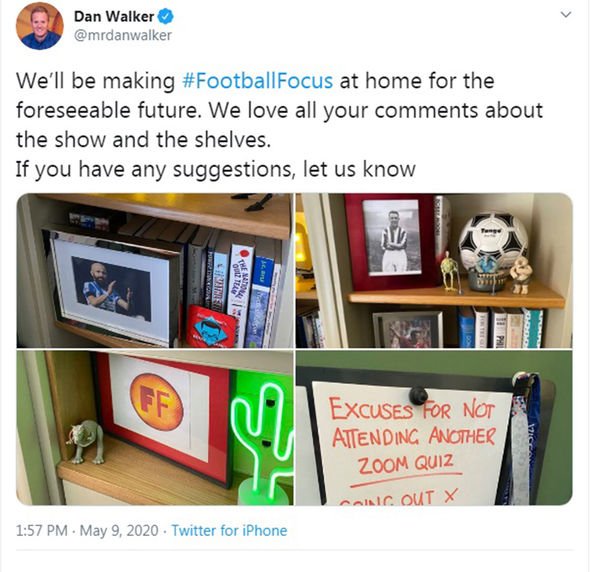 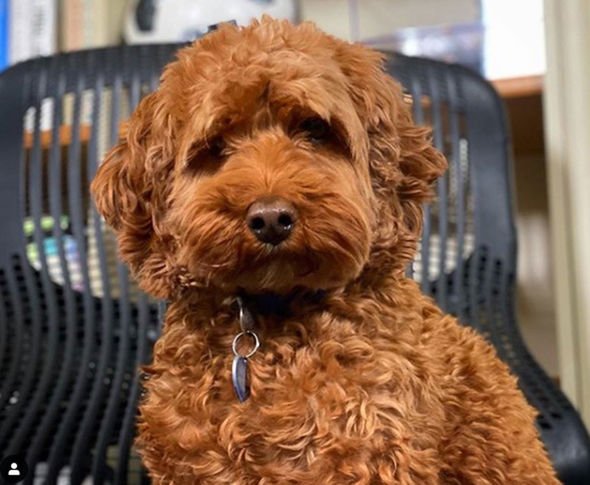 Elsewhere, Dan made an announcement away from his duties on BBC Breakfast.

The small-screen star is also a firm favourite on BBC’s Football Focus which he has currently been hosting from the confines of his home.

Dan revealed he will continue to broadcast at his family home for the “foreseeable future” in a show announcement.

He wrote: “We’ll be making #FootballFocus at home for the foreseeable future. We love all your comments about the show and the shelves. If you have any suggestions, let us know.”

Piers Morgan’s U-turn as he talks Meghan and Harry: ‘Took it too far‘[LATEST]
Miriam Margolyes sparks chaos after Boris remark: ‘Wanted him to die’[VIDEO]
Stacey Solomon in Joe Swash admission: ‘Hurt my heart’[NEWS]

He accompanied the tweet with a series of snaps of his prized possessions placed on a shelf.

The entire wall is lined with shelves displaying everything from books to footballs and Star Wars memorabilia.

Fans flocked to comment on the post, as one person commented: “You’re all doing a great job working from home! I have really enjoyed Football Focus from the Walkers residence.”

Another person remarked: “Was a great show, and you’ve got some good books there.”

“Don’t care what’s on the shelf as long as Winnie makes an appearance every week,” a third person added.

Winnie is Dan’s pet pooch who often makes an appearance while he is presenting the show.

The presenter has taken viewers inside his family home as he films Football Focus from his office during the coronavirus lockdown.