Home » Dan Walker weighs in on Harry and Meghan’s Oprah chat: ‘Anyone else think it’s a pity?’

Dan Walker weighs in on Harry and Meghan’s Oprah chat: ‘Anyone else think it’s a pity?’

BBC Breakfast host Dan Walker thinks it’s a “pity” that Prince Harry and Meghan Markle could not resolve their differences with the Royal Family in private. The presenter made his comments on twitter today.

Dan seemed concerned with the “fall out” of their latest interview, which is set to air on ITV next week.

He claimed that it was likely to “harden opinions” on all sides.

He spoke out following the release of a new trailer for the couple’s two-hour long interview with Oprah. 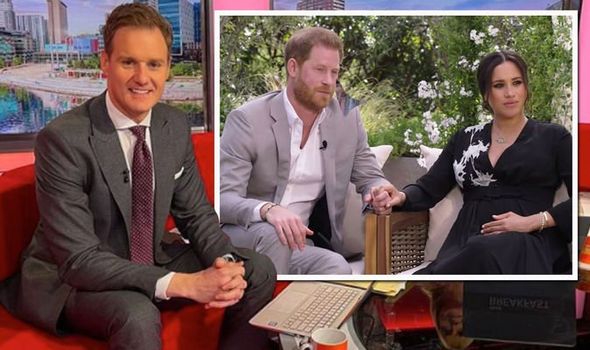 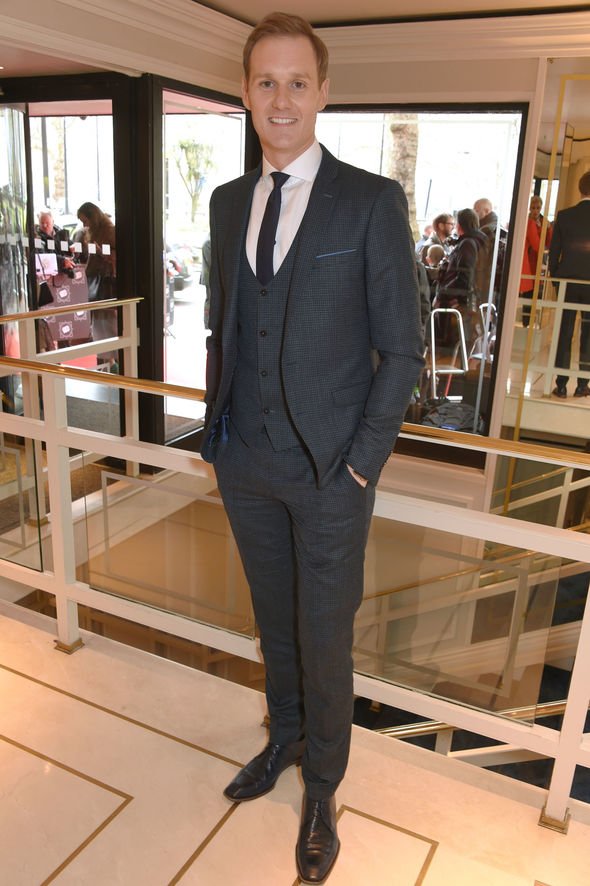 “It’s hard to see how any reputations are going to be enhanced by what is happening at the moment.

“The build-up, the interview & the fall out will probably only harden opinions on all sides,” he wrote on the micro-blogging site.

“Anyone else think it’s a pity it couldn’t have been resolved in private?” Dan asked. 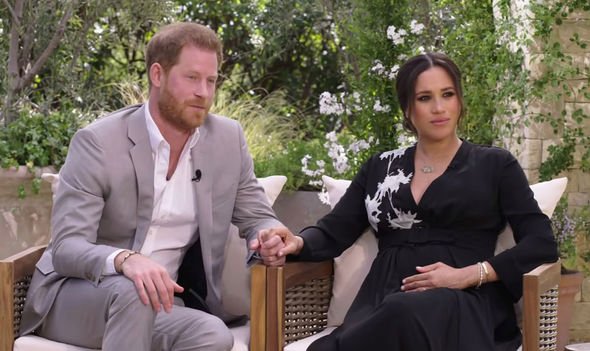 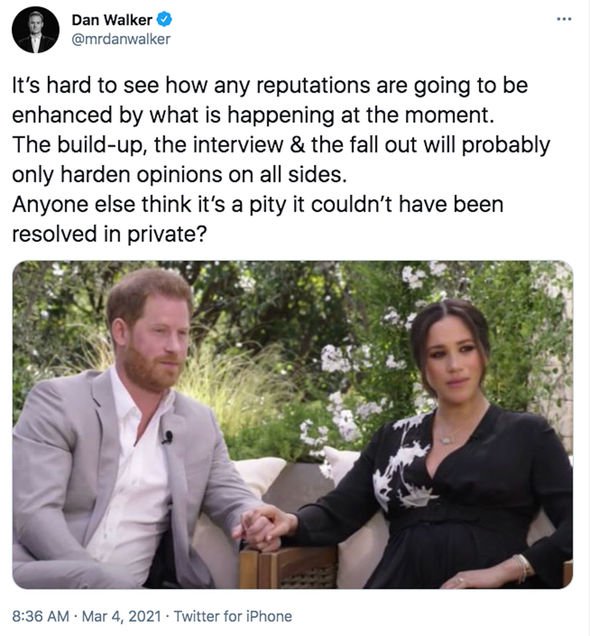 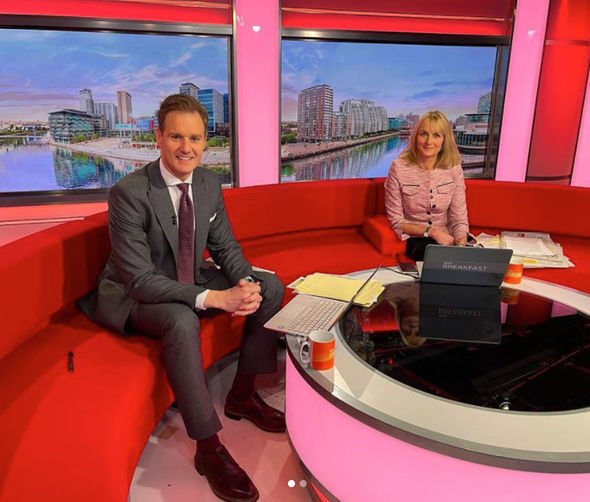 “Totally agree Dan. Always been of the mindset that whoever you are it’s never a good idea to wash your dirty linen in public,” one follower wrote.

“Yes absolutely, I’m really surprised they have gone down this route thought it would be the last thing harry did,”(sic) another added.

“The timing is strange too. They got what they wanted and moved to America and left their royal positions, some things are better kept private. I don’t see what they gain from doing these interviews,” a third person remarked.

“Have you not heard him say how this reminded him of the treatment of his mother. He’s honouring her memory and supporting his wife in a way he wasn’t able to protect his mother, he’s carried that for a long time,” a fourth person wrote.

Another Twitter user said it was a “complex” situation, and suggested that people with loving families could not fully understand.

“A v good question but the only people qualified to answer this are those of us who have been and are in this situation.

“For those of you who have loving families it’s difficult to comprehend isn’t it? The fallout. But it happens. It is sad but pls know it is complex,”(sic) the user commented.

“I’m not suggesting it doesn’t need to be dealt with. There are many important issues.

“I know I’m over simplifying it but just reading through the vile comments – on all sides – it looks to be a long way from a constructive debate at the moment,” he went on to add.

The latest trailer for the interview shows former actress Meghan telling the host that she wasn’t afraid of speaking her truth.

Oprah asks her: “How do you feel about the palace hearing you speak your truth today?”

“I don’t know how they could expect that after all of this time we would still just be silent if there is an active role that The Firm is playing in perpetuating falsehoods about us.

“And, if that comes with the risk of losing things, I mean… there is a lot that has been lost already,” Meghan replies.