David Bowie’s heartfelt appeal for Scottish voters to reject independence: ‘Stay with us!’

Scottish independence has returned to mainstream politics in recent years, even though the country voted to remain part of the UK back in 2014. This referendum was dubbed a “once-in-a-generation” opportunity for the Scots but just seven years later, pro-independence campaigners argue that most of the country wanted to remain in the EU. Using Brexit as a foundation for their argument, nationalists want a second independence referendum — nicknamed Indyref2 — although Westminster has so far refused to grant Holyrood the powers to hold such a vote.

Scotland’s First Minister Nicola Sturgeon has promised that if the Scottish National Party, the SNP, secure another majority in this week’s Holyrood election, she will take that as a mandate to hold a second independence referendum.

As unionists nervously wait for the election results, a glance back at the last independence referendum demonstrates how even celebrities weighed in on the debate.

In 2014, the late pop icon David Bowie shared his thoughts on the Union during his acceptance speech for Best Male Solo Artist at the Brit awards.

The speech was delivered by his friend, supermodel Kate Moss, because he was in New York rather than London at the time.

Wearing one of Bowie’s famous Ziggy Stardust outfits, Moss said: “Good evening ladies and gentlemen, David has asked me to say this. 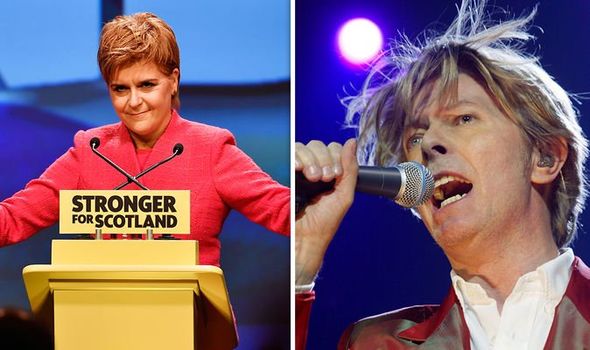 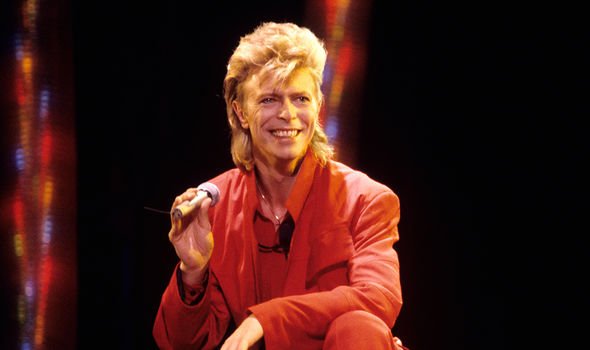 “I’m completely delighted to have a Brit for being the best male — but I am, aren’t I Kate?

“I think it’s a great way to end the day. Thank you very, very much and Scotland — stay with us.”

Fellow singer Noel Gallagher, who announced Bowie as the winner, told the crowd: “You maniacs didn’t think Daivd Bowie was actually going to be here?

Bowie’s throwaway comment is not the first time he has used his international platform to promote political messages of unity. 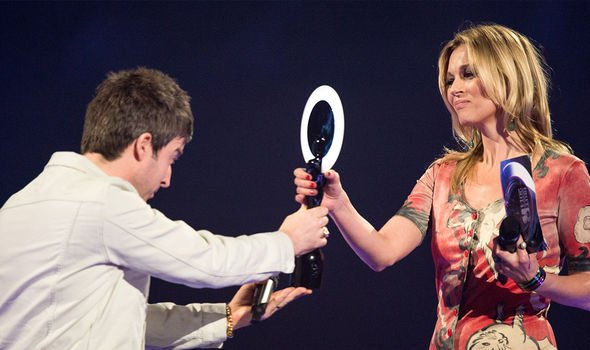 As one of the most influential pop stars of his generation, he famously performed in a gig besides the 10ft Berlin Wall in 1987.

He was keen to make sure those in East Berlin could hear the music too, and so made sure the concert was broadcast on the radio.

During the gig, Bowie said: “Greetings to our friends on the other side of the wall.”

East Berliners also pushed back against police in their desperation to see the concert, in an action of protest that became one of the first public signs of resistance to the division of Germany. 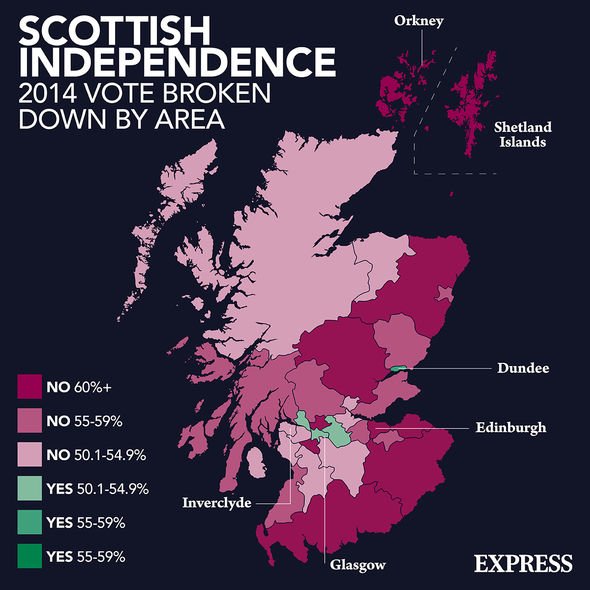 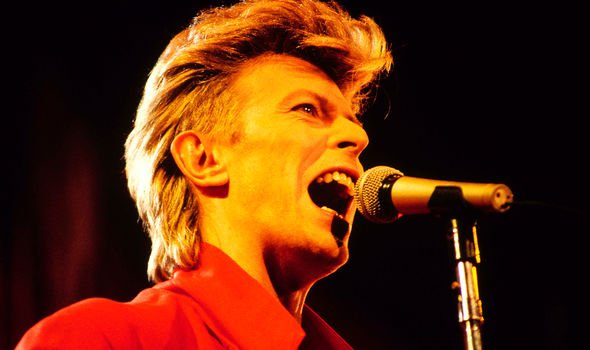 The musician also insisted on travelling to East Berlin the day before the concert, to meet some fans.

When he died in 2016, the German government thanked him for the role he had played in bringing the country back together.

Not long after Bowie’s plea for Scotland to “stay with us” in 2014 — and a letter from 200 other famous faces asking Scots to “stay together” ahead of the referendum — the Scottish electorate voted to remain part of the UK.

However, other celebrities have emerged in support of independence ahead of the tense Holyrood election this year.

Line of Duty star Martin Compston recently released a video urging the public to support Ms Sturgeon and the SNP.

He said: “Scotland’s future is in your hands. Don’t leave it to chance.

“The only way we can make sure to re-elect Nicola Sturgeon as First Minister is to make both votes SNP.”

Scottish comedian Janey Godley has also been vocal in her support for the pro-independence party, as has fellow comic Sir Billy Connolly.

He was against Scottish independence during the first vote, but he has since described Brexit as a “con job” and a “disaster”.

He told The Sunday Times that independence “may just be the way to go” because Scots voted “to stay in Europe”.

He added: “And I never thought I would say that.”