Denise Richards and Charlie Sheen had a lot of fun on the set of Scary Movie 4… or 5!

The Real Housewives of Beverly Hills star stopped by Wednesday’s episode of Watch What Happens Live with Andy Cohen where she revealed that she’s actually a big fan of her ex-husband’s films.

During a round of “shady” questions, the 49-year-old actress was asked which of her baby daddy’s movies was her least favorite. Her response?

“I actually like all of his movies. I think he’s a great actor. The first movie that I saw, my dad took me to see, was Platoon when I was younger. So I like all his movies.”

Cohen wasn’t buying it, though. He pressed:

To which the Drop Dead Gorgeous actress revealed:

“Yeah, that’s actually where we conceived our daughter, 4 or 5.”

The star couldn’t remember which film set that event occurred on. Sequels do tend to blend together, after all!

As fans know, Richards shares two daughters with Sheen, 16-year-old Sam and 14-year-old Lola. They divorced in 2006 but remain on good terms as they amicably co-parent their teens. Denise went on to adopt her daughter Eloise in 2011 and marry Aaron Phypers in 2018. Sheen, on the other hand, shares Cassandra Estevez, 35, with ex Paula Profit and 11-year-old twins Max and Bob with ex-wife Brooke Mueller.

Earlier this month, the Bravolebrity opened up about where she stands with Sheen to Us Weekly, telling the outlet:

“Communication’s great with him. Aaron and I actually saw him the other day.”

In a recent episode of Real Housewives, Denise explained why she chooses to not speak negatively of her ex in front of their daughters.

She said in the April 22 episode:

“There’s a lot that the kids don’t know about their dad and I want to keep it that way… Even though he’s Charlie Sheen, that is still, to them, their dad. I never talk badly about him and I want him to be part of their lives because I met a lot of the women that Charlie entertained and a lot of them had father-daughter issues. And I do not want that to be our girls.”

Sounds like she still has a lot of love for him! Or is it just tolerance?

Watch a clip of Denise’s interview (below) and sound off in the comments. 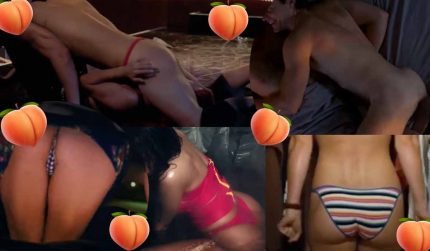 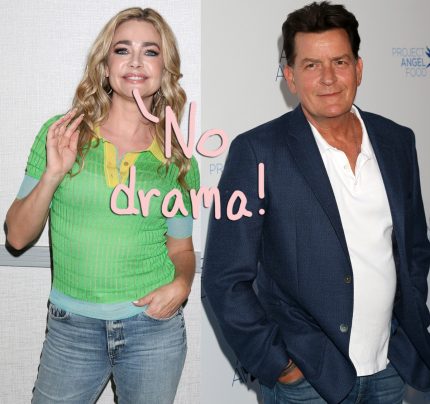 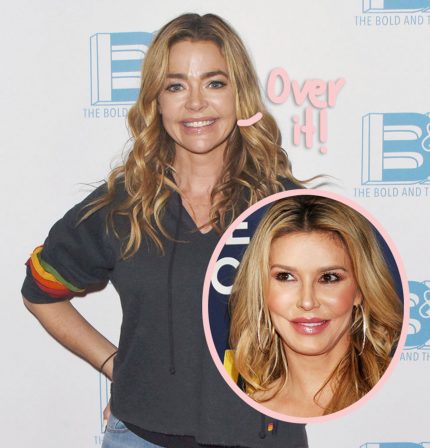 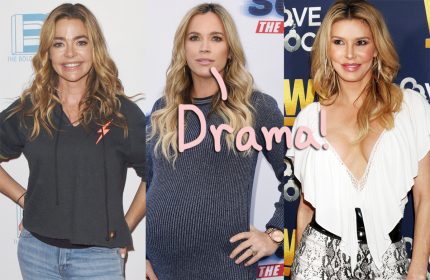