Did Prince Harry Really Reach Out To James Corden First?

Prince Harry and James Corden have been friends for over a decade — basically a lifetime in internet years. The Telegraph (via The Sun) reported that the two men have a “royal bromance” and, since they’ve both left the United Kingdom for California sunshine, it seems their bond will only continue to grow.

Corden is reportedly so close to Harry that he was a “compere” during their wedding reception in 2018. He used his comedic talents to walk “into the middle of the tent dressed as Henry VIII”. Would we expect anything less from the comedian? Corden revealed it was “one of the most beautiful ceremonies I’ve ever been to,” adding, “It was Britain at its finest. It was a picture-perfect day.” He joked that it was “Windsor castle, 600 guests, 30,000 flowers — or as Elton John calls it, a Thursday.”

Prince Harry and James Corden’s friendship reached new heights in February 2021. Ahead of Harry and Meghan Markle’s now-infamous interview with Oprah Winfrey, Harry linked up for a segment on “The Late Late Show”. Keep reading for details about how this collaboration came to be.

How James Corden beat Oprah Winfrey to the punch 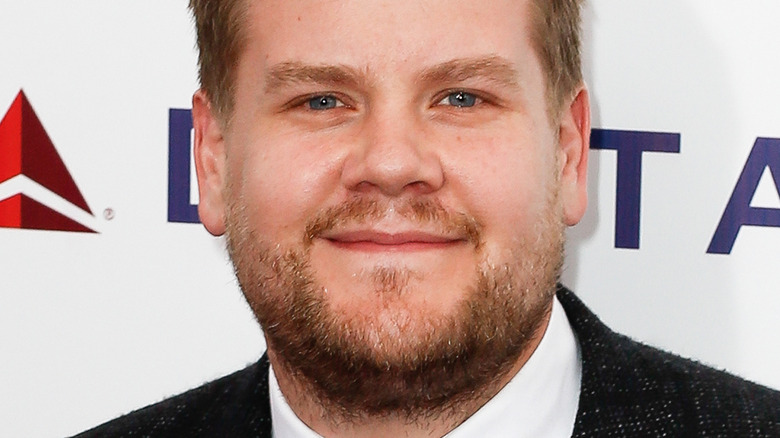 It’s no secret James Corden and Prince Harry have been friends for a long time. You might recall that days before Harry and Meghan Markle’s bombshell interview with Oprah Winfrey, Harry appeared on “The Late Late Show” for a special segment. The royal had reportedly “for years” suggested a collaboration prior to the February airing, according to Daily Mail, and actually reached out to the show, not the other way around.

“[Harry] said, ‘We’re coming out of lockdown, I’m in L.A., do you think we should plan something fun to almost cheer everybody up in a way?’ ” series producer Ben Winston told The Hollywood Reporter. “Obviously, as soon as you say something like that to us and our team, our brains go crazy.” Corden himself had “always been very, very fond of [Harry]” and said, “There was a certain time in London if you went out long enough and ended up drinking long enough, you’d probably bump into Prince Harry once in a while.”

While Harry and Meghan’s interview with Oprah was heavily promoted before it aired, Corden and his team opted to go a different route and release the segment without warning. “Everybody had an opinion of that Oprah interview and they hadn’t seen it,” Winston told THR. “We were like, ‘Let’s stay out of this. Let’s just drop it and no one can write an opinion piece without everybody having the ability to see it and judge it with their own eyes.”