DMX Dead At 50: Rapper Passes Away After Fatal Heart Attack

DMX is dead. The legendary rapper has passed away one week after suffering a devastating heart attack, leaving his family, friends, and fans in mourning.

DMX has sadly died at the age of 50. The rapper passed away on Friday (Apr. 9) after suffering a heart attack on April 2. The sad news was confirmed by his family in a statement to PEOPLE. “We are deeply saddened to announce today that our loved one, DMX, birth name of Earl Simmons, passed away at 50-years-old at White Plains Hospital with his family by his side after being placed on life support for the past few days. Earl was a warrior who fought till the very end. He loved his family with all of his heart and we cherish the times we spent with him. Earl’s music inspired countless fans across the world and his iconic legacy will live on forever. We appreciate all of the love and support during this incredibly difficult time. Please respect our privacy as we grieve the loss of our brother, father, uncle, and the man the world knew as DMX. We will share information about his memorial service once details are finalized.”

The rapper suffered a heart attack at his New York home around 11pm, and was rushed to a hospital in White Plains, NY, where he was put in critical care. DMX’s attorney, Murray Richman, confirmed that the singer, whose real name is Earl Simmons, had suffered a heart attack, however he did not know the cause. “I received a call this morning that Earl Simmons was in the hospital, at the White Plains Hospital, and that he had had a heart attack, and I’m not sure how it was induced and that he’s on life support,” he told ABC on April 3.

He continued, “I’ve spoken to the family and the family and I are quite close with each other. I am concerned about his well-being and mindful of his significance. I have known Earl for over 25 years and I believe that his music is quite poignant, very important. He’s truly a poet of our time.”  HollywoodLife has reached out to reps numerous times for comment. 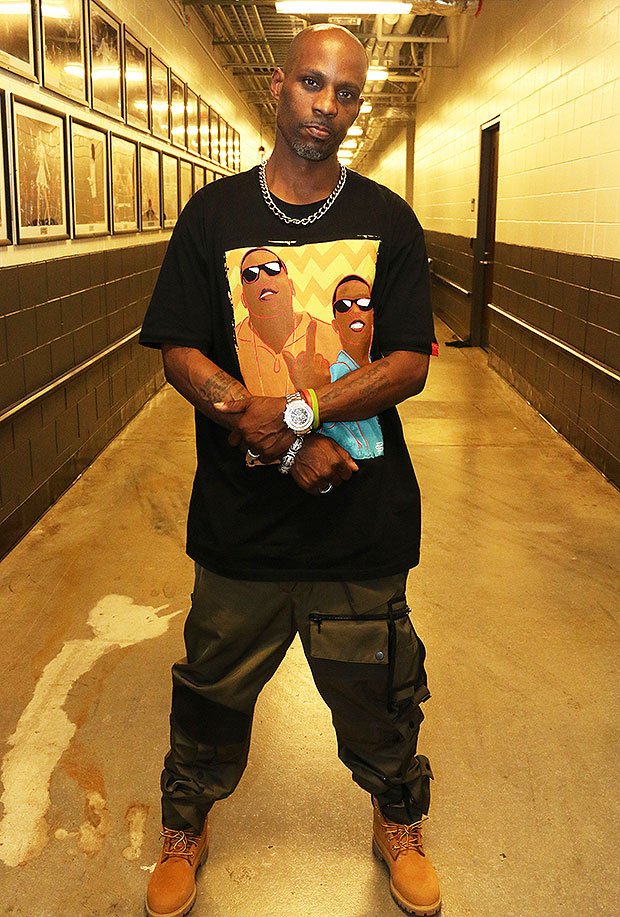 The rapper remained on life support, per reports by TMZ, on April 8. Rumors of a premature death began swirling that same say, however, his manager Steve Rifkind confirmed that DMX was still alive at that point. “He is alive. Yes, he is on life support — please it is not helping anybody with these false rumors,” he urged on the evening of April 8 after numerous tweets went viral before being deleted.

Once word got out that he had been hospitalized, stars like Missy Elliott and T.I. took to Twitter and Instagram to share words of support. “Prayers for DMX and his family,” Missy tweeted along with praying hands and a purple heart emoji. Meanwhile, fellow rapper T.I. wrote, “Shake back Big Bro. We made plans Maaaan We got s— to do!!!” alongside a pic of the pair. “We laughed so hard about how far we’ve made it in life this night. I appreciate you so much for pulling up & and checking on a n—-. So now I’m tellin you like you told me…This too shall pass…We need Real 1s like you around!!! #PrayersUpForDMX.”

Gabrielle Union also tweeted in the wake of DMX’s terrifying hospitalization “Please pray, send healing energy, whatever positive vibes you can for #DMX,” she wrote, adding praying hands and black heart emojis. DMX started rapping in the 1990s and rose to fame in 1998 with his debut album, It’s Dark and Hell Is Hot. He quickly followed it up with his best-seller, …And Then There Was X in 1999 and he went on to release seven studio albums. He has also appeared in multiple films, starred in the reality television series DMX: Soul of a Man, and published a book of memoirs titled E.A.R.L.: The Autobiography of DMX.