The sweet moment happens when an excited Barrymore believes she’s on a Zoom call with Letterman, only to have the TV personality walk out onto the set of her show.

“I’m so grateful that you’re here,” Barrymore tells Letterman through tears in the clip, which aired exclusively on Entertainment Tonight.

“Let me tell you, something. That Zoomer thing, that was my idea,” Letterman quips in response.

Barrymore and Letterman are longtime friends, with the actress appearing on Letterman’s Late Show 20 times. Her most talked-about appearance came in 1995, when she flashed Letterman to mark his 48th birthday. 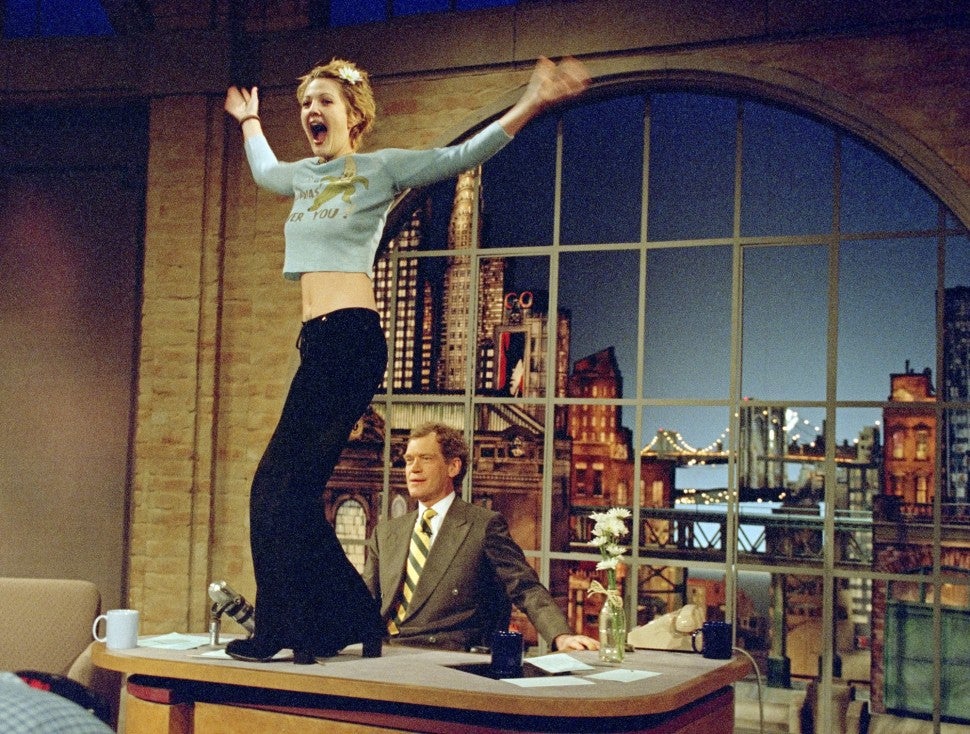 Drew Barrymore turns to the audience after flashing host David Letterman during the April 12, 1995 taping of the ‘Late Show’ in New York City. This show was taped on Letterman’s birthday.

In 2015, Barrymore told Entertainment Weekly that the flashing was “completely spontaneous and not calculated in any way.” In the same interview, Barrymore revealed why she enjoyed appearing on The Late Show when Letterman hosted. He retired from the program in 2015.

“I just looked forward to going back. There’s an energy to his show. The more you tried to charm him, the less he wanted it. He either liked you or he didn’t,” she said. “When you usually go on a talk show it’s very buddy-buddy. But with him you have to work for it. But not too hard, because he won’t like that!”

Monday’s episode of The Drew Barrymore Show will also feature birthday love for the host from the likes of Cameron Diaz, Gwyneth Paltrow, Steven Spielberg, Jimmy Fallon and more.