Eamonn Holmes unleashed his fury during Friday’s edition of Celebrity Gogglebox alongside his wife Ruth Langsford. The This Morning presenter admitted he was unimpressed with Charlie Stayt and Naga Munchetty’s BBC Breakfast introduction.

The 61-year-old admitted he “couldn’t bear” the Breakfast presenter’s way of opening the morning news programme.

After watching Snakes On A Plane and Clarkson’s Farm, the couple watched an edition of BBC Breakfast.

During the episode, host Charlie Stayt welcomed viewers to the show by introducing himself and co-star Naga Munchetty.

Eamonn told Ruth he was not keen on presenters introducing their colleagues on-screen. 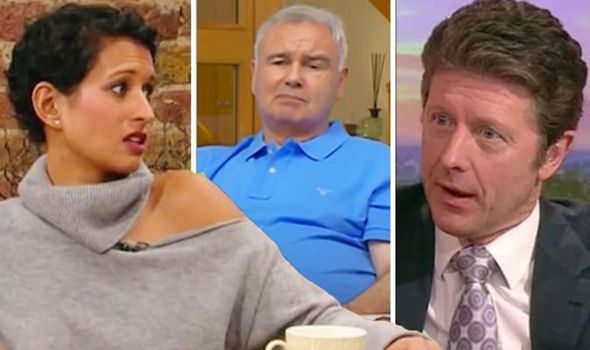 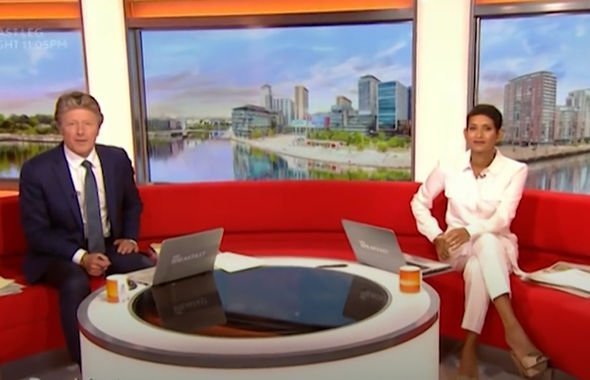 “I can’t bear it when presenters say each other’s names,” Eamonn chimed.

“Why can’t you say your own name? I’m Charlie Stayt and I’m Naga Manchetty.”

Eamonn fumed: “She can speak for herself and why have you got to say that?” 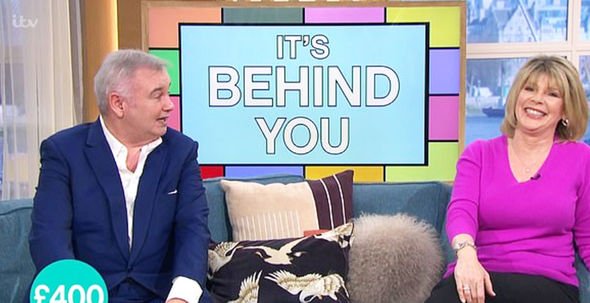 Meanwhile, viewers shared their delight at seeing Ruth and Eamonn make a return to Celebrity Gogglebox.

One wrote: “So nice to see Eamonn and Ruth back on Gogglebox.”

Another penned: “Yay! Eamonn and Ruth are back!”

While a third commented: “Love to see Eamonn and Ruth.”

It has since been revealed that Eamonn and Ruth will be returning to This Morning next month.

The married couple will return to our screens for seven weeks this summer.

It comes after they were replaced by Dermot O’Leary and Alison Hammond back in January.

They are returning to host the ITV daytime show when Phillip Schofield and Holly Willoughby take their summer holiday.

Ruth has since addressed their return to the sofa on This Morning as she shared her delight.

Speaking to OK! magazine, she gushed: “We’ll be doing seven weeks from July. I’m looking forward to it.”

It comes as Eamonn has been recovering from chronic pain after he suffered three slipped discs.