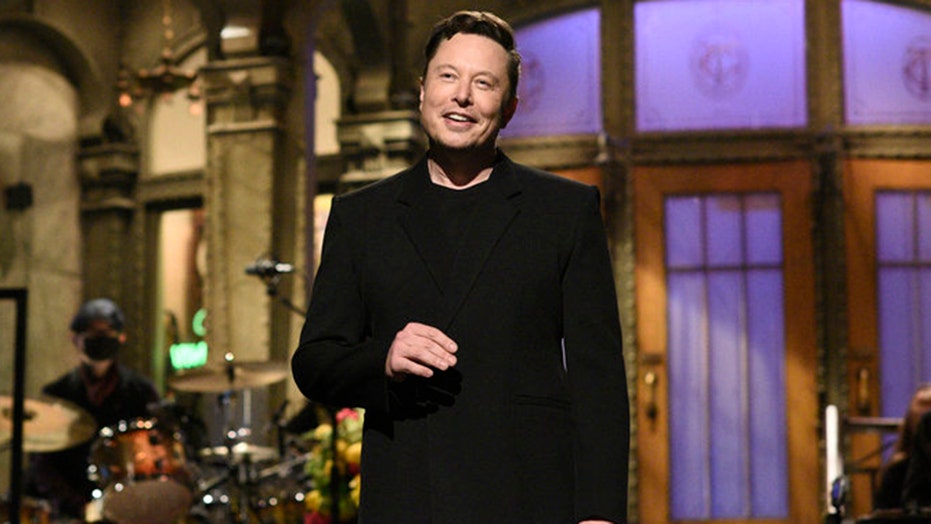 The SpaceX and Tesla founder’s casting choice brought criticism from those who felt the show was celebrating a man for his exorbitant wealth in a time of income inequality. Rumors even circulated that cast members were considering not appearing in the episode with him.

However, when Musk took the stage on Saturday, backed by the star power of his mother and girlfriend, many viewers were pleasantly surprised by his comedy chops.

After a cold open that incorporated his mom in honor of Mother’s Day, Musk took his first stiff stab at acting in the show’s first sketch, a mock soap called “Gen Z Hospital,” playing a doctor in a fake beard who delivered bad news to a group of youths in their own lingo. 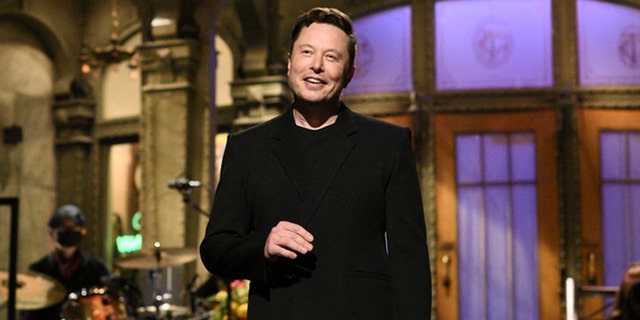 Viewers seemed surprised at how much they enjoyed Elon Musk’s hosting gig on ‘SNL.’
(Will Heath/NBC)

He had small roles in subsequent sketches. He played one of a party full of people out for the first time after quarantine, and he did a German-ish accent in a bleached, spiked wig as the director of an Icelandic talk show.

And on “Weekend Update” he played a character close to himself, donning a bow tie and glasses as a financial analyst named Lloyd Ostertag, throwing an extended plug for Musk’s favored cryptocurrency dogecoin.

After the episode aired, several viewers took to Twitter to share that they had enjoyed the episode and found themselves entertained by the billionaire business mogul’s hosting.

“@nbcsnl #ElonMusk was actually 1 of the more interesting guest hosts in a long time. #elon was funny in spots. Needs to enunciate though. & his appearance showed how bad #SNL writing usually is–dull & unoriginal. #ElonMuskSNL had some of the better moments this season. @NBC #NBC,” another user wrote.

“I think @elonmusk is awesome but after this, I have whole new level of appreciation the man! I guess I just love seeing him be so human? After all, did you think he would be a chill, normal dude? 🤣 Loved it! Great job,” a third user wrote.

“What a great @nbcsnl ! Thank you @elonmusk for showing other facets of your fantastic personality,” another user wrote.

On Sunday morning, “Wario” was trending on Twitter after Musk appeared in a sketch as the antagonist from Nintendo’s “Super Mario” franchise, Wario, in a spoof courtroom drama. Many were perplexed by the sketch, specifically with how much they liked the improbably odd character choice for Musk.

“OMG I can’t believe Elon Musk actually dressed up as Wario for an #SNL skit,” one fan of the “Wario” sketch wrote.

“We live in a reality where the richest man in the world dressed up as Wario for live TV. @elonmusk #SNL #SNLmay8,” someone else wrote.

“I definitely wasn’t ready for Wario Elon #SNL,” another wrote.

Musk claimed he made history on the episode as the first “SNL” host with Asperger syndrome – “at least the first to admit it” – referring to a developmental disorder on the autism spectrum, and kidded that he’s been told his lack of intonation “makes for great comedy.”

However, many pointed out that original “SNL” cast member Dan Aykroyd, who returned to host in 2003, has previously shared that he too was diagnosed with Asperger syndrome.