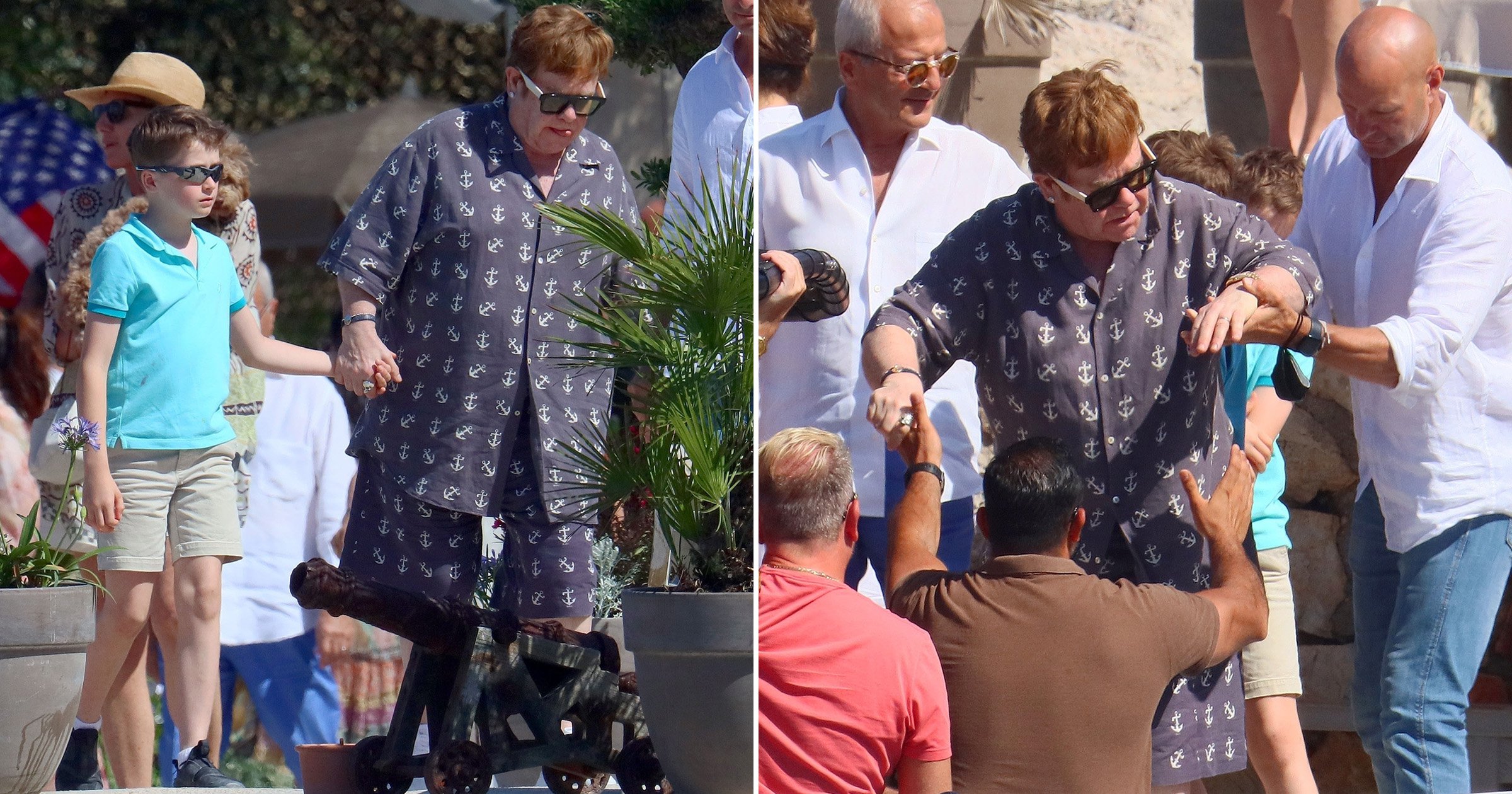 The icon, 75, worried fans this week when he was pictured in a wheelchair, leading to some speculating about his health.

However he later assured the public he was ‘in top health’ and ‘playing and singing at my very best’ following two sold-out show in Germany.

He explained: ‘It was an extremely long walk to get to the plane, so my team kindly laid on a wheelchair so I could rest my hip after doing the show. That’s all folks.’

While fans’ concerns may have been abated by Sir Elton himself confirming he was in good health, new photographs showing the singer walking unaided is an extra reassurance.

The star, who was visiting Cannes with his family, was seen walking hand-in-hand with his young son.

He shares Zachary, 11, and nine-year-old Elijah with husband David Furnish, and the family enjoyed a break from the tour as they explored sunkissed Cannes.

In the photographs, Sir Elton and his son are dressed for the good weather, both wearing shorts and sunglasses, the singer in a matching navy shorts and shirt with an anchor pattern.

The star was later seen being helped into his yacht’s tender after enjoying a lunch date with long-time friend Bob Manoukian.

But while he needed an extra hand to climb on board, the Rocketman star looked in good health as h enjoyed the quality time with his family.

Sir Elton underwent hip surgery last year, leading to his Farewell Yellow Brick Road tour being delayed, but later insisted he was ‘raring to go’ and get back to the stage.

On Saturday, the star appeared for a pre-recorded performance in honour of Queen Elizabeth II’s Platinum Jubilee, with a major concert taking place outside Buckingham Palace.

Later this summer, Sir Elton will return to the UK fto headline the British Summer Time in Hyde Park on June 24, with support including Rina Sawayama and Gabriels.

The Farewell Yellow Brick Road tour will finally conclude on July 8 in Stockholm, Sweden, after which Sir Elton will retire from live performing.