Emma Watson: ‘Evolutionary theorists believe that patriarchy is not inevitable’ 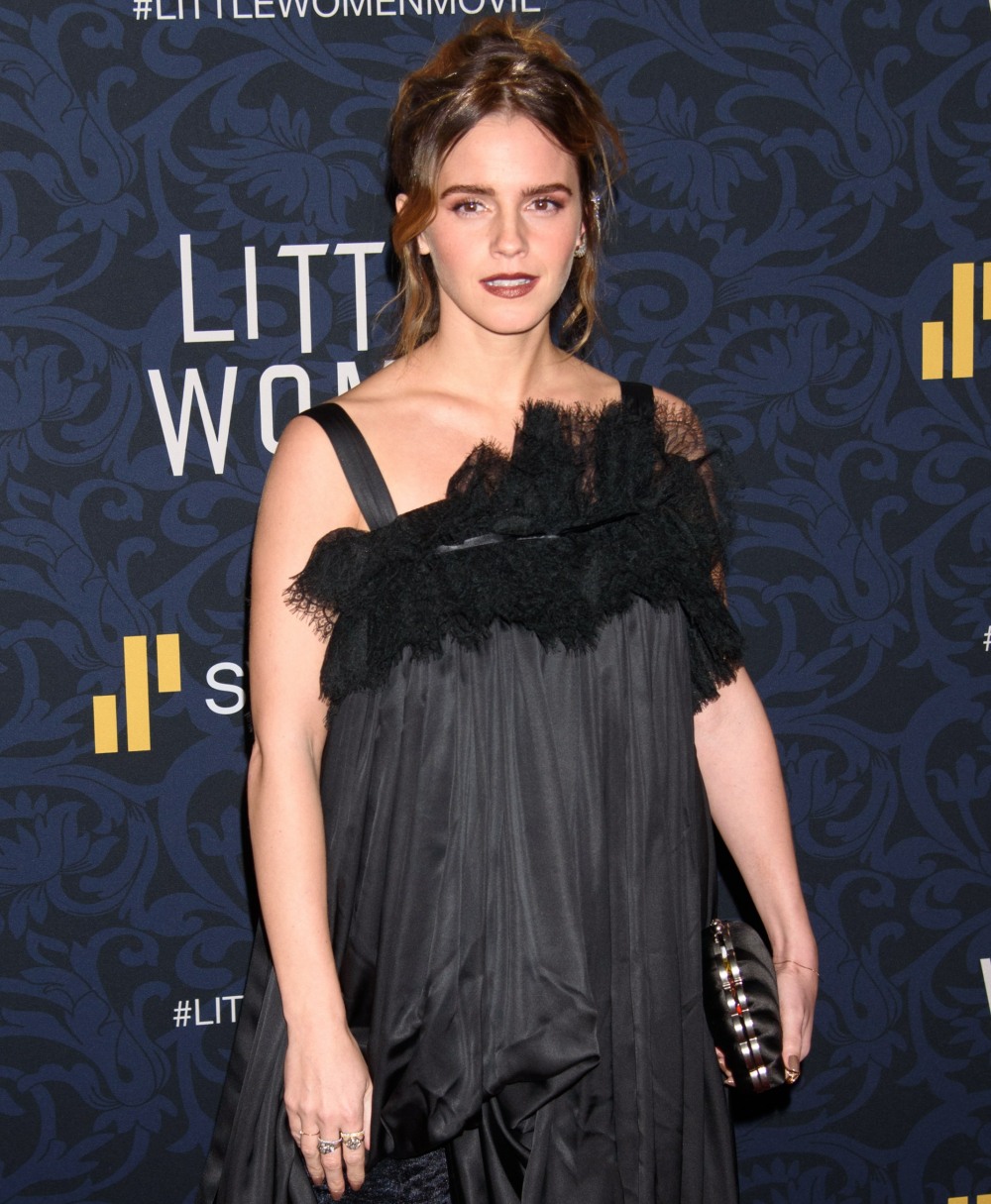 Emma Watson conducted an interview/conversation with Professor Valerie Hudson, author of Sex and World Peace, a data-driven examination of what happens when governments are male-dominated and toxic, and when women are driven out of any political power. I came into this transcript of their conversation simply hoping to grab a few juicy quotes from Watson, but the entire piece is GREAT. Emma is very well-read and well-versed on every subject they discuss and I really hope a lot of people take the time to read this, because the subject matter is so interesting. Some highlights (just from Emma’s quotes):

The unpaid labor of women: “The data you collected is heart-stopping. Like the fact that “the largest risk for poverty in old age is determined by whether or not one has ever given birth to a child.” When you hear that if women’s caring labor were valued even at minimum wage, it would account for 40% of world production, it’s hard to hear that and remain unmoved.”

Silence & microaggression: “I love that you say “silence is the sturdy ally of gendered microaggression.” I love the word microaggression. I’ve been doing therapy for years and think it’s the best thing ever, and we talk about “telling the microscopic truth.”

Figuring out a new language, as a woman, to describe your experience: “I did an interview with Vogue magazine a couple of months ago, and I talked about how, in the run-up to my 30s, [I felt] this incredible, sudden anxiety and pressure that I had to be married or have a baby or [be] moving into a house. And there was no word for this kind of subliminal messaging and anxiety and pressure that I felt building up but couldn’t really name, so I used the word self-partnered. For me it wasn’t so much about coining a word; it was more that I needed to create a definition for something that I didn’t feel there was language for. And it was interesting because it really riled some people up! It was less for me about the word but more about what it meant — just this idea that we need to reclaim language and space in order to express ourselves, because sometimes it’s really not there….”

On patriarchal societies: “So, out of 4,000 mammals and 10 million or more other animal species, only chimps and humans live in patrilineal male-bonded communities. I found that fascinating, the fact that evolutionary theorists believe that patriarchy is not inevitable; I found that oddly hopeful. And there was a documentary… Amanda Foreman, a British historian, did a television series called The Ascent of Women, which looked at other societies and cultures that were not organized in a patriarchal way, and there is something really hopeful about realizing [that] — because I think that’s so much the answer isn’t it? [To] that, “Well, there must be a reason why we do things this way,” or “This is always the way that things have been done,” or “We’ve clearly discovered the best way to do things, and that is why we continue to do them this way.”

Kink culture: “I feel that relationships that don’t necessarily follow traditional models do require more communication and consent. It requires an actual conversation and agreement about the delegation of tasks and labor and responsibilities that maybe you don’t feel you need to have or should have if you follow those traditional stereotypes.… The idea that relationships are supposed to be easy and it’s all supposed to be implicitly understood, and you’re just meant to get each other, it’s bullsh*t! It’s impossible! A lot of the healthiest relationships I’ve seen have been between same-sex couples because, I think, they have to sit down and agree [on] things. They agree [on] things between them as opposed to [accepting] certain sets of assumptions and expectations that are made. I’ve also kind of become slightly fascinated by kink culture because they are the best communicators ever. They know all about consent.

As I said, the conversation was fascinating and the back-and-forth was great. I came out of it really impressed by Emma. I really enjoy this aspect of Emma, and I hope she leans into it more, the bookish feminist thinker, the amplifier of women writers and women’s issues. If we started calling it Father Earth… would there really be a change? And would it even be possible to pay women for all of the unpaid labor – childcare, caring for senior parents – they do? I don’t know. 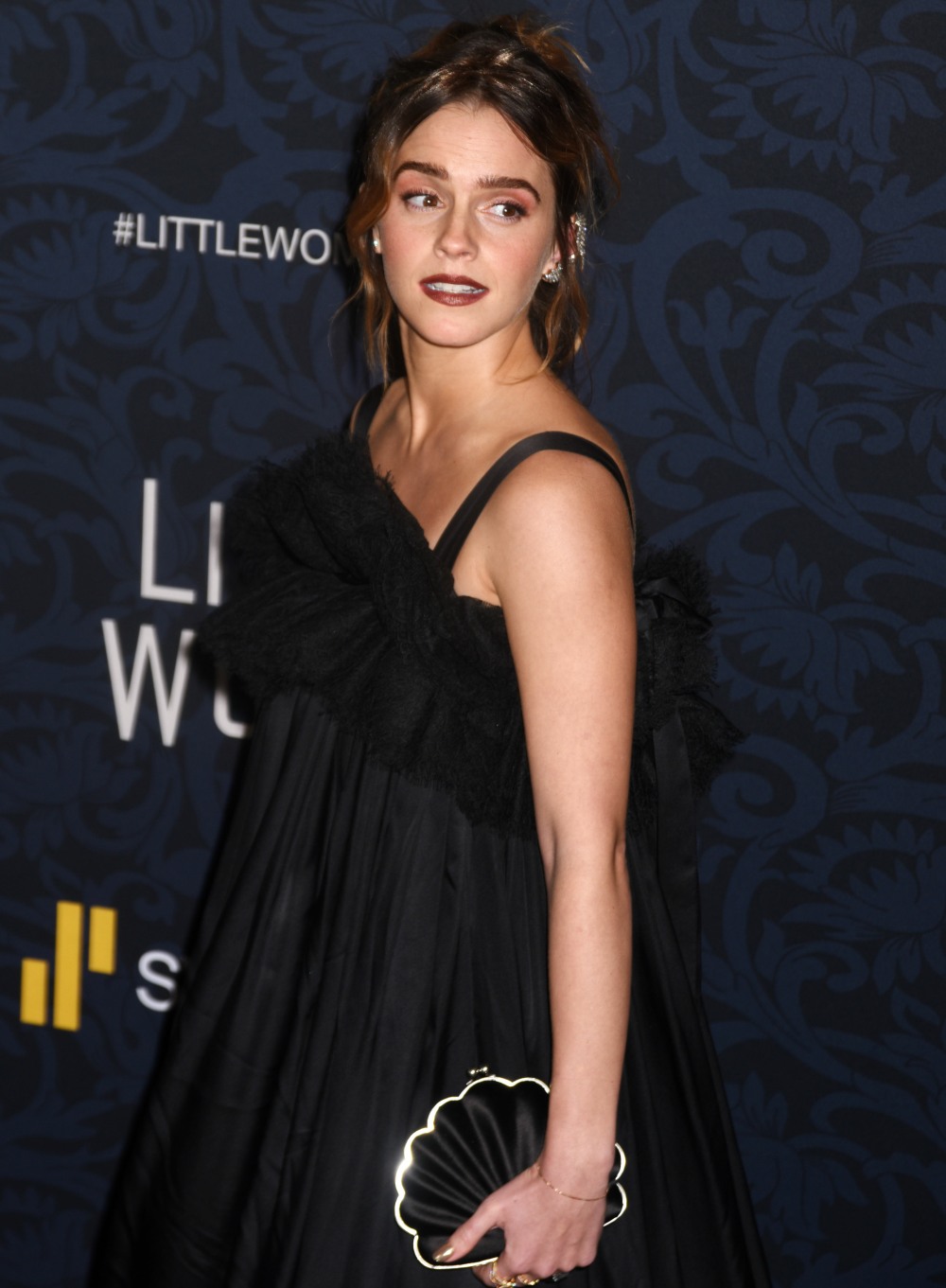