Erica Mena called out Wendy Williams for talking about her relationship with Safaree Samuels on air, warning the talk show host on Twitter that she’d ‘beat her ass’ if she didn’t stop.

Erica Mena didn’t react well when Wendy Williams offered up some unsolicited marriage advice on the May 6 episode of her talk show. After Wendy told Erica, 33, and her husband, Safaree Samuels, 39, that they needed to “grow up” and stop fighting, Erica responded by… threatening to fight Wendy. “@WendyWilliams At this point let’s link up so I can beat your ass. Your ex husband didn’t do a good enough job,” she tweeted after the episode aired.

While discussing her daily Hot Topics, Wendy congratulated Erica and Safaree on their second pregnancy. In typical Wendy fashion, it didn’t just end there. “I don’t really know you much Erica, but I do know Safaree enough,” Wendy said. “And you all need to stop fighting and threatening divorce so much. And you all need to grow up and grow into being parents and if you’re not gonna want to be married then just get a divorce and co-parent. Babies don’t save marriages but good luck with at least your first six months.”

Erica and Safaree are constantly fighting online about their relationship. Safaree tweeted in February that getting married was the “biggest mistake” of his life, saying he’s “walking away before I end up in jail over some dumb sh*t.” Before he deleted the tweet, Erica responded by saying she agreed with their marriage was a mistake and shot back, “you are the most selfish, vain and inconsiderate person.” And that’s just the start of it. Safaree also threatened to divorce Erica in November, but reversed course and apologized online for being “childish.” 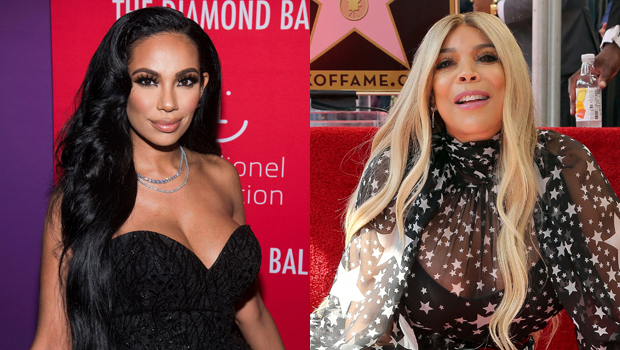 Some of Erica’s followers were unhappy about the reference to Wendy’s ex-husband in the tweet and called her out on it. “She said grow up and you reacted in a hella childish way…& the whole DV dig? Not cute sis,” one follower tweeted. “not u glorifying domestic violence,” another said.