Home » Celebrities » Everything We Know About John McAfees Death

Everything We Know About John McAfees Death

John McAfee, creator of the famed antivirus software, was found dead in his prison cell on June 23, CNN reported. His death came shortly after the  Spanish high court had authorized his extradition to the United States, where he faced criminal charges.

At the time of his death, McAfee was being held in a Spanish prison outside of Barcelona. He had been arrested in Barcelona in October 2020, according to Reuters, and was fighting the extradition, saying the case against him was false and politically motivated. McAfee had attempted to run for president as a Libertarian in 2020 but failed to get the nomination. McAfee was accused of failing to pay income tax on his immense wealth for four years, according to the BBC, and of concealing assets such as his yacht and real estate holdings.

The Spanish Justice Department, which delivered the news of the tycoon’s death, did not include many details in its initial report. But here is what we do know.

An investigation is ongoing 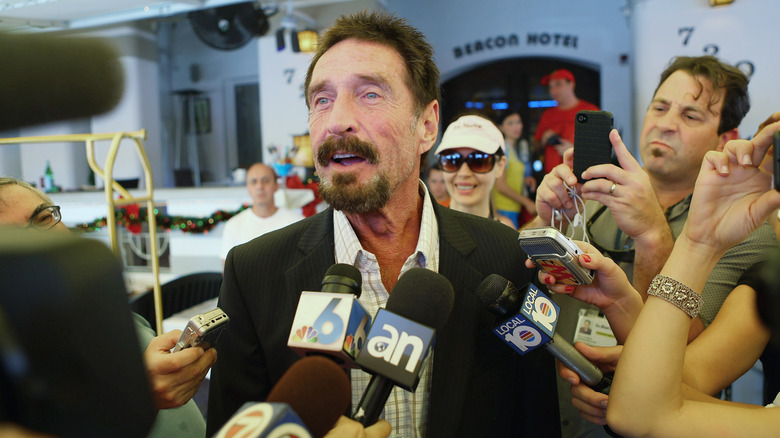 Hours after news broke that the Spanish courts had authorized John McAfee to be extradited to the United States, where he would be tried for tax evasion and fraud, he was found dead in his cell at a Barcelona prison, according to the BBC.

The Spanish Department of Justice has stated that all evidence indicates that McAfee died by suicide, reported Spanish newspaper El Pais. Officials also added that prison employees, including surveillance teams and medical professionals, did everything in their power to resuscitate McAfee, but were not successful. As of right now, there is no indication of any foul play. McAfee was 75 years old when he died, and that if he was extradited to the United States and found guilty, he faced up to 30 years in prison.

McAfee had become a highly controversial figure at the end of his life and had been the subject of several legal investigations in the United States, according to CNN.