Gogglebox fans have been left both shocked and amused by Welsh couple Dave and Shirley, following the latest instalment of the Channel 4 show. Many rushed to Twitter to comment, after he remarked on his “well endowed” wife.

Things got a little heated between the pair, after he claimed his now spouse had a “bl**dy massive” cleavage as a teenager.

It all came about after they spoke about their school years, when they both attended Groeswen Secondary Modern in Caerphilly.

“You may not believe this, but I was quite rotund as a child,” Dave was heard saying.

“Yeah, I can remember,” she quickly replied, leaving him surprised. 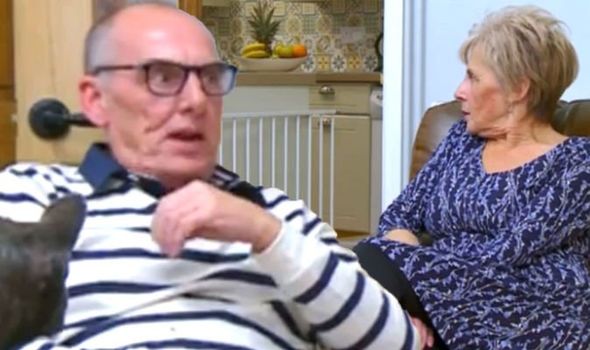 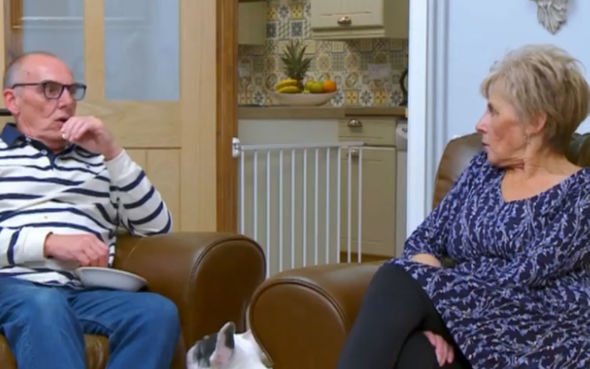 “What! What do you mean you can remember?” he questioned, as she confirmed they’d attended the same high school.

He continued: “All I remember about you from being at school was being big breasted.”

But Shirley was having none of it and urged: “Shut up will you, I never had no boobs.”

“Shut up they were bl**dy massive,” he reiterated, but was light-heartedly branded “disgusting” by his other half. 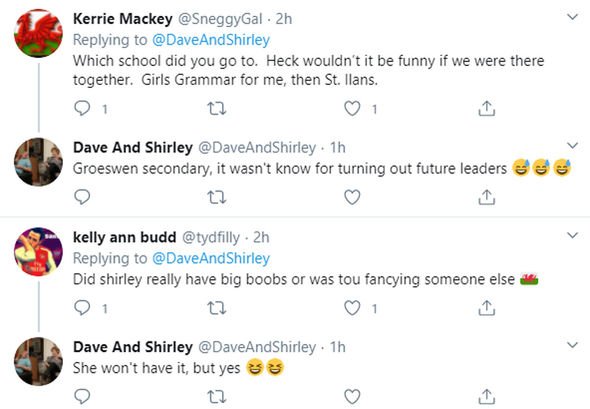 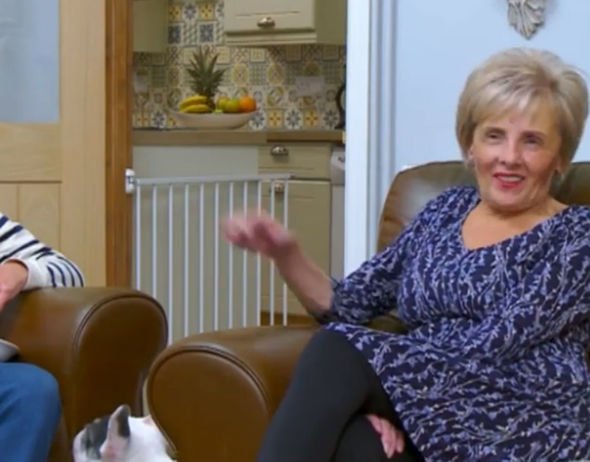 However, Dave did not give up: “Well they bl**dy were.

“Everyone used to say about them. I used to see you playing netball. I used to think, flipping heck.”

She denied ever playing the sport, as her husband went on: “It’s hard to distinguish the ball from Shirley’s t**s.

“You were Shirley, you were very well endowed. Not that it made any impression on me.”

One fan questioned after the show: “Did Shirley really have big boobs or was you fancying someone else?”(sic)

Meanwhile, Twitter was flooded with other posts about their exchange: “Crying already at Dave and Shirley’s boob spat #Gogglebox,” one fan wrote.

A second agreed: “Another brilliant show, cracked up all the way through it, especially the part where you told Shirl about her big boobs Dave.”

Two others posted: “The difference between a netball and Shirley’s t**s is obviously nothing. #Gogglebox,” and: “Wow he’s really got a good memory of being a teenager and staring at his wife’s boobs.”

Another viewer questioned whether he was remembering someone else and not his wife.

Dave and Shirley, and their two French Bulldogs, are favourites on the series, which launched back in 2013.