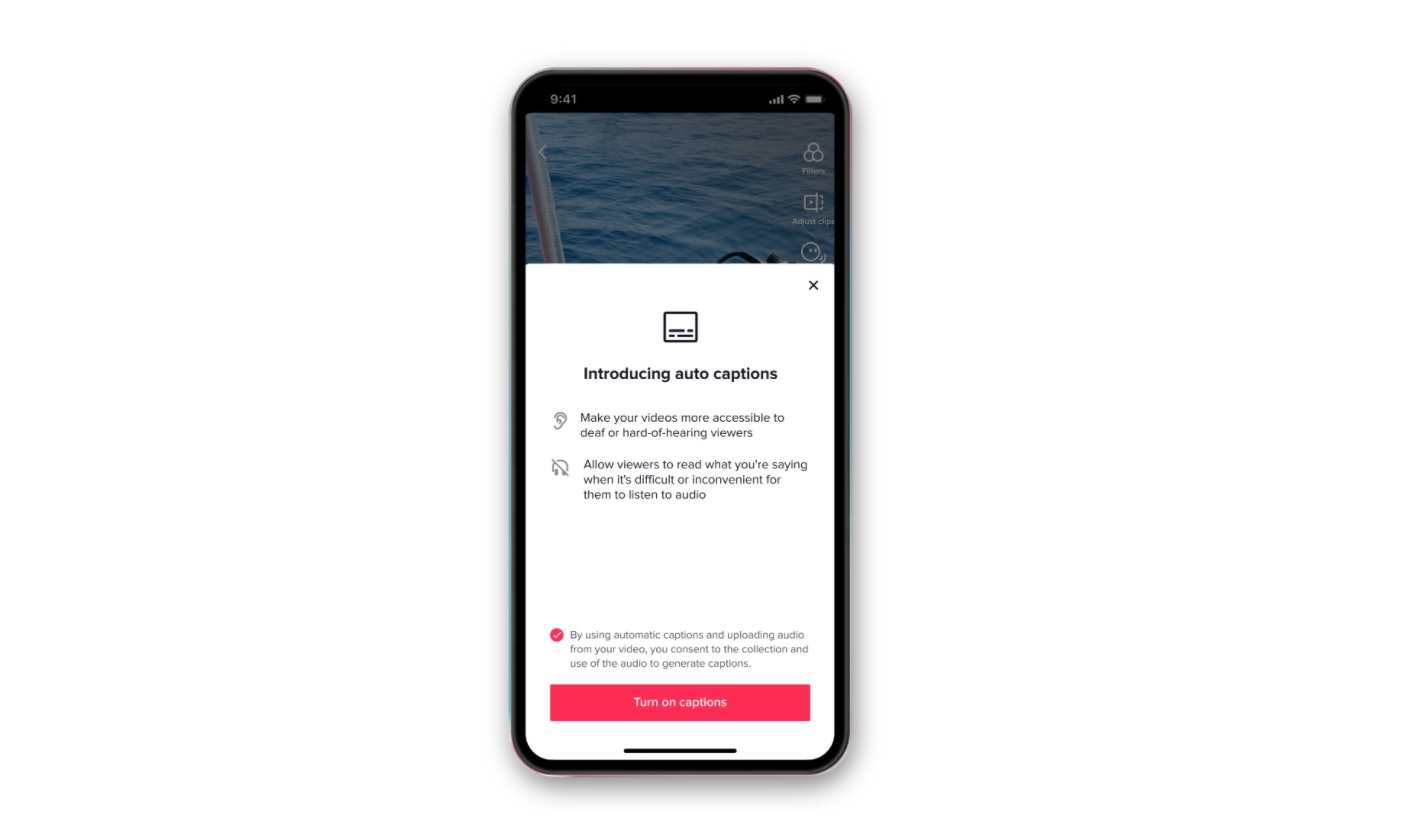 TikTok is finally rolling out one of its most-requested user updates with the April 6 launch of automatic captions. The highly-anticipated feature, which will appear in TikTok’s editing page after a video has been recorded, aims to make the platform more accessible for people who are deaf or hard of hearing — and it’s also a game-changer for all those situations when it’s inconvenient to listen to audio. Here’s how to add automatic TikTok captions to your videos if you’re ready to try out the feature yourself.

TikTokers can now add automatic closed captioning to their videos in English and Japanese, according to an April 6 blog post from Stephanie Hind, Manager, Creator Management and Operations, TikTok US. (Additional languages should roll out in the coming months.) With the update, adding automatic captions on the app is now as easy as uploading or recording a video. After you’ve recorded a video and are on the edit page, you can tap the down arrow on the right side of your screen. There, you can tap captions, and choose to turn them on for your video. After you’ve added the captions, tap save, and then you can post your video as you normally would.

Once you’ve turned on the feature for a video, all speech will be automatically transcribed in captions and show up in your TikTok. As a note, you’ll have to choose to add captions to every video you post, so it’s not just one and done.

TikTok’s decision to add a feature that automatically transcribes the speech from a video as an alternative to listening comes as other social media platforms like Instagram, YouTube, and Facebook have launched similar features — but they’re not all the same. Unlike Instagram’s auto captions feature, which began testing in March 2021, TikTok users are able to edit their captions once they are automatically transcribed, allowing you to correct any inaccuracies.

For viewers who don’t want to see videos with captions, you can turn off the feature in individual videos that use them by tapping the share panel (the arrow at the bottom right). There, select the captions button, and toggle it off. You can also turn off all captions in your settings by going to "Settings and Privacy" > "Accessibility" and toggle off where it says "Always show captions."

It’s no secret auto subtitles have been one of TikTok’s most-requested updates. Prior to April 6, TikTokers used workarounds like manually adding text overlays, using other websites to generate text, or jumping on the "Siri" text to speech feature where all text that’s on screen is read out loud by a Siri-inspired voice. While those features likely won’t go away, TikTokers now have a simple choice for making their videos more accessible with captions.