Here's How Wireless Charging Works (Plus: Two Chargers Worth Buying)

Wireless charging has gone from being available on select Android phones, to being adopted by the iPhone and other devices too, like cases for wireless earbuds. The appeal of wireless charging is easy to understand: instead of plugging in a cable, you can place your device on a stand or mat, and pick it up when its battery is full. And, unlike most parts of the tech industry, every company has settled on adopting the Qi standard, so one charger will work with all of your devices.

If you’re curious about how this technology works, whether it’s safe, and which chargers to get, we’ll break down the basics so you can make an informed choice. Wireless charging may not be the only way you top up your devices, but it’s definitely worth considering.

How Does Wireless Charging Work?

The basic principle behind wireless charging is the transfer of energy between two moving coils.The first coil is inside the wireless charger, which needs to be plugged into an outlet. When electricity hits the coil, it creates an electromagnetic field containing an alternating current (AC). When a second coil (like the inside of your phone or other device) enters that field, it completes the circuit and converts it into a direct current (DC), which charges its battery.

If you want to know what one of these coils looks like, iFixit, a popular website used by people who want to refurbish their tech, has the one used in the iPhone X available on its site. As you can see, the coil inside the phone is small because of space constraints, but the one in the charger is a little larger. You need to align both coils to complete a circuit, and because neither one is visible, it’d be harder to make a connection if both of them were small.

Although wireless charging smartphones are relatively new, the principle behind it (called “inductive charging”) began development in the late 1800s by Nikola Tesla. Exposing your phone to electromagnetism may sound dangerous, but the Qi standard has features that protect it.

What Are the Benefits of Wireless Charging?

As the phrase suggests, the best wireless chargers allow you to power up your devices without having to plug them into an outlet. Because there are no loose cords around, wireless charging is also more reliable (no fraying cables to worry about) and also makes for safer charging too (more on that later). All wireless chargers are Qi-certified, and this universal compatibility makes wireless charging one of the easiest ways to boost up. There’s no more worrying about finding the right cable or connector for your device. You can just place it directly onto the charging pad and you’re good to go.

It’s hard to deny the convenience of wireless charging, but the cord free life isn’t perfect.

First, most devices have a maximum charging speed of 10W (watts), although some chargers can output power at a rate of 15W. For reference, fast wired charging adapters have a maximum speed of 30W. One of the reasons for this cap is that wireless charging creates heat. By keeping the wattage low, your phone will not be damaged, nor will its battery degrade faster than normal. That said, keeping your phone connected to any power source for a long time after it fully charges can impact its battery health over time.

The gap between charging speeds wouldn’t be an issue if wireless charging was 100% efficient, but it’s not. For example, using a phone case puts an additional physical barrier between the coils in the charger and your phone, which can slow down charging. Older wireless chargers wouldn’t work when a case was on your phone, but newer ones can. Failing to line up the coils on the charger and your phone correctly can also impact its charging speed, or cause your device to start and stop charging intermittently.

The upside is that wireless charging continues to improve rapidly. For example, older chargers had a maximum power output of 5W, and devices like the iPhone X  (the first model to support this feature) could only wirelessly charge at 7.5W. As wireless charging becomes faster and more efficient, the gap between it and wired charging will close. For now, though, it’s a definite trade off.

What Are the Best Wireless Chargers?

The best wireless chargers fall into two categories: charging pads, which lay flat on a table, and charging stands, which prop your phone upright. There’s no wrong answer here, just a matter of preference. If you’re interested in giving wireless charging a chance, we’re recommending one charger from each category below. 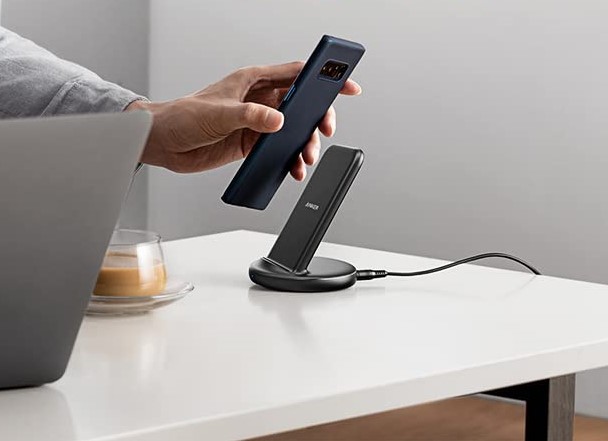 Anker’s PowerWave II is a cutting-edge wireless charging stand with a maximum power output of 15W. Most current devices, including the iPhone 11 Pro, have a top wireless charging speed of 10W, but it’s nice to have the extra headroom before your next upgrade. Anker says its charger can work with cases that are up to 5mm thick, so you don’t have to choose between protecting your phone and wireless charging.

The coil in Anker’s charger is located directly in the center, so that you can place your phone vertically or horizontally without sacrificing performance. Keeping your phone in portrait orientation is better when you need to glance over at notifications while you work, while landscape is better for watching videos. The PowerWave II also supports the Qi Extended Power Profile, which regulates how much heat it generates, and detects interference from foreign objects.

The PowerWave II comes with its own high-speed power adapter, and a five-foot cable so you can use it right out of the box on your desk or nightstand. If you’re getting your first wireless charging stand, or are upgrading from an old one with a slower speed, the this is our pick. 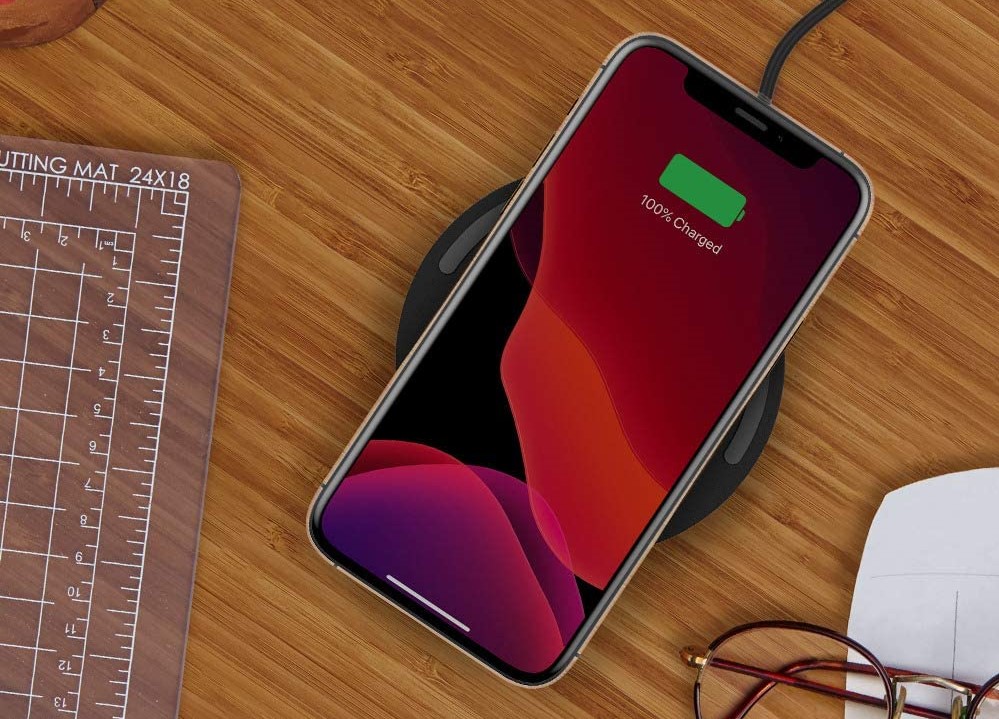 If you prefer wireless charging pads, which keep your phone flat on a desk and easy to grab, we recommend Belkin’s Boost Charge Wireless Charging Pad. It has a maximum charging speed of 10W, which is slower than the PowerWave II, but you won’t notice a difference until you upgrade your tech.

Belkin says this charger will work with phone cases up to 3mm thick, and the LED on its front will light up when your device is charging. Having a charging indicator is nice because you’ll know the phone and charging pad and your phone are aligned properly. Rubber pads on top of the charger will prevent your phone from moving and getting misaligned if you touch it. Belkin bundles its wireless charging pad with a Quick Charge 3.0 wall adapter, so everything you need to get the most out of this wireless charging pad is included.

Belkin’s Boost Charge Wireless Charging Pad doesn’t have any extras, but it is available in a dual pad variant, which lets you wirelessly charge two devices at 10W simultaneously. The coils are spread fairly far apart, so the risk of overheating remains very low. Whether you want to wirelessly charge one or two devices, Belkin’s Boost Charge Wireless Charging Pad is a great choice.