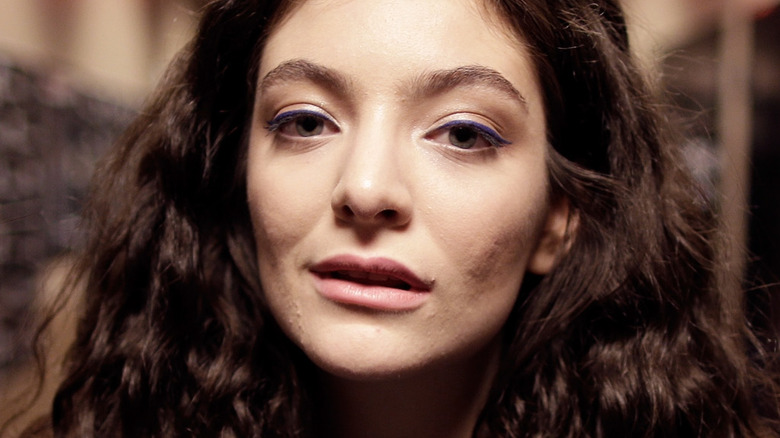 Oh, FYI, Lorde is back. After re-activating her onion ring-rating Instagram account in April, the recording artist and sensation has finally dropped a new album. And “Solar Power,” the album’s namesake which has already got a music video of its own, has everybody talking, meme-making, and otherwise frantically pounding their keyboards to prove that they’re still in the cool crowd. There’s a lot to unpack here, both in the lyrics and in Lordes’s representation of them.

Here’s one way to listen to “Solar Power”: don’t. Instead, watch Lorde sing and dance to the song, and you’ll get a sense of what “Solar Power” is about. “She’s having the time of her godd*** life,” writes a Harper’s Bazaar reviewer. “And you know what? After listening to ‘Solar Power,’ so are we.” Pitchfork calls the track “featherweight [and] full of air.” Like Harry Styles’ “Watermelon Sugar” did for last summer, it’s easy to think that Lorde’s “Solar Power” will drive this summer’s jam sessions.

Is “Solar Power” a hit of “Watermelon Sugar” magnitude? Quite possibly. “Who needs therapy when Lorde’s solar power is free?” asks one fan via tweet. There’s no room for doubt in this universe or the next: Lorde did — as she told Australia’s Triple J radio — make the song “sound like the sun.” Also, as Lorde points out, “it sounds like the beach, the waves, the girls lying on the beach” (via Billboard).

But there’s a layer to “Solar Power” that is almost off-putting. “Lead the boys and girls onto the beaches, Come one, come all, I’ll tell you my secrets, I’m kinda like a prettier Jesus,” the singer-songwriter croons in her new album’s title track (via Youtube). Watch her do it in the video, and you’ll see Lorde, dressed in yellow, surrounded by white-robed followers, all mesmerized by her magnetism. They dance for her, feast on grapes with her, and carry her in a procession on kind of a makeshift sedan chair that reminds you of those reserved for royalty in the (very non-democratic) Middle Ages. Lorde promises us, in her song, “a new state of mind.” Is she the leader of a cult? In her interview with Triple J,  Lorde says that “Solar Power” is our entrance into a “universe on a secret beach,” in which “I play a kooky tour guide almost.”

Whatever the artist’s offering up, it’s too late. We’ve all gone down the rabbit hole with her.