Jay Penske has long had his eye on The Hollywood Reporter and Billboard. In 2016, the head of Penske Media reached out to THR-Billboard owner Todd Boehly and proposed a merger, according to an individual with knowledge of the talks.

Boehly, who had been bleeding tens of millions of dollars per year from his two media properties since taking them over from Guggenheim Partners in 2015, considered the proposal to join forces with Variety, the individual said. But ultimately, the insider said, he was convinced by his top executives that a merger would result in lower revenues for the combined publications because they effectively all sought advertising from the same Hollywood companies.

The executives “felt combining the two would lead to more dollars flowing to the L.A. Times, to TheWrap, to Vanity Fair” and argued that MRC couldn’t afford any further dip in revenues, the individual said. “The question was: How to do this without losing money?”

It took two more tries, but the budding media mogul succeeded last week in wresting 51 percent ownership in THR-Billboard for $100 million, according to another knowledgeable individual, while MRC and Penske share undisclosed stakes in a second joint venture aimed at developing video-based projects from the archives and brands of the various publications, based at MRC’s offices.

PMC and MRC did not respond to detailed emails and texts requesting comment on this story. The sale price was not revealed in the official news release about the joint ventures.

In interviews with a half dozen individuals with knowledge of the companies’ operations, a more detailed picture of the deal has emerged — a deal that has remained murky even to many of the companies’ employees, many of whom last week told TheWrap they were “freaked out” by the sudden news and angry that each company had denied reports that the talks were underway.

Most observers regard Penske’s move as a winning one, creating a near-monopoly position over the Hollywood trade press, with all the leverage that implies. (TheWrap, which is independently owned, is a competitor to both THR and Variety.)

Still, others with detailed knowledge of the outlets’ business functions noted that the editorial duplication of the two outlets and Deadline, another online trade also owned by Penske, presented a long-term challenge to define the differences among them. And, they noted, the concern remained that advertisers would reduce their overall spending for Penske-controlled outlets covering the same ground. “One plus one never equals three,” one veteran advertising executive said. “In media, it usually equals one or 1.5.”

Another executive experienced in Hollywood ad sales also questioned the idea that Penske could make more money through consolidation. “When you’re a buyer, you can leverage that” duplication, the executive said. “You can say: If I’m spending X on THR and X on Variety — give me the deal. So Netflix is going to say, ‘I’m not spending $5 million and $5 million. I’m spending $8 million and you’re gonna love me for it.’ Because ultimately they’re reporting to one person.” 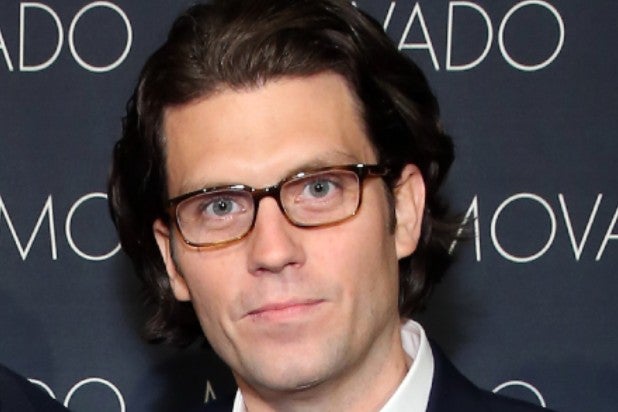 The idea of discounted ad rates for bundling may become a reality even more quickly, two individuals said. That’s particularly true if Penske hires an editorial director over all the publications. According to three insiders, a top contender would be Matt Belloni, the former THR editorial director who was fired in April following a dispute with MRC CEOs Modi Wiczyk and Asif Satchu over editorial independence. In a text message, Belloni denied that he had been contacted by Penske “or anyone else at PMC” about any position.

However the business and content strategies play out, Penske has been focused on this merger for at least four years. Indeed, after he failed to convince Boehly in 2016, Penske set his sights on Billboard — hiring its news director, Shirley Halperin, to work at Variety in March 2017 — a move that was meant to pressure Boehly into selling him the trade, according to two people with knowledge of the move.

Boehly was uninterested in selling Billboard on its own especially since the greatest losses were coming from THR while Billboard has remained profitable due to the televised Billboard Music Awards and its music sales charts, insiders said. He consistently let it be known that he was only interested in a deal that combined both THR and Billboard, the individual said.

After being rebuffed again, in December 2017 Penske paid $50 million for Jann Wenner’s stake in Rolling Stone, a publication in much more dire economic straits than Billboard but with a storied reputation in the music industry. Months later, Penske announced that he had raised $200 million in equity from a Saudi Arabian fund in 2018 and was flush with cash.

Fast forward to the stunning deal that last week merged Variety, Rolling Stone, THR and Billboard under the operational control of Penske Media in a landmark deal that combined two Hollywood trades that have competed head to head for nearly a century.

Boehly, who had joined a group of investors to buy five trades from Nielsen Business Media in December 2009, initially spent big to revamp the trade publications. He hired the free-spending former Us Weekly editor Janice Min to head up THR and revamp the outlet into a glossy weekly magazine that might attract consumer and lifestyle advertising. But with annual losses that insiders said topped $30 million in some years, the strategy clearly failed. (Min, whose pay exceeded $2 million annually, exited in 2017.)

In making a deal with Penske, Boehly sidelined his hand-picked CEOs, Asif Satchu and Modi Wiczyk, who will now go back to developing entertainment projects at MRC and the new joint entity. THR-Billboard President Deanna Brown was also jettisoned.

Boehly’s concerns about diluting advertising had not gone away, two insiders said, but the economic environment had grown significantly more painful in recent years. After THR-Billboard hit peak revenue in 2018 of about $120 million, revenue for the two publications fell in 2019 to about $100 million and it’s projected to drop below $80 million this year, a knowledgeable insider told TheWrap. Penske Media, as a private company, has never disclosed its revenues or profitability.

In addition, those two individuals said Boehly had become exhausted by a series of scandals and bad press — including the ouster of former CEO John Amato in 2018 following an investigation into accusations of harassment and interference in editorial decisions involving his friends and Belloni’s firing earlier this year.

The final straw persuading Boehly to sell may have been the painful downturn in revenue during the COVID-19 pandemic. “These disruptions in commerce opened the door for interesting things,” another veteran media executive said. “For Jay, it’s a really good move.”