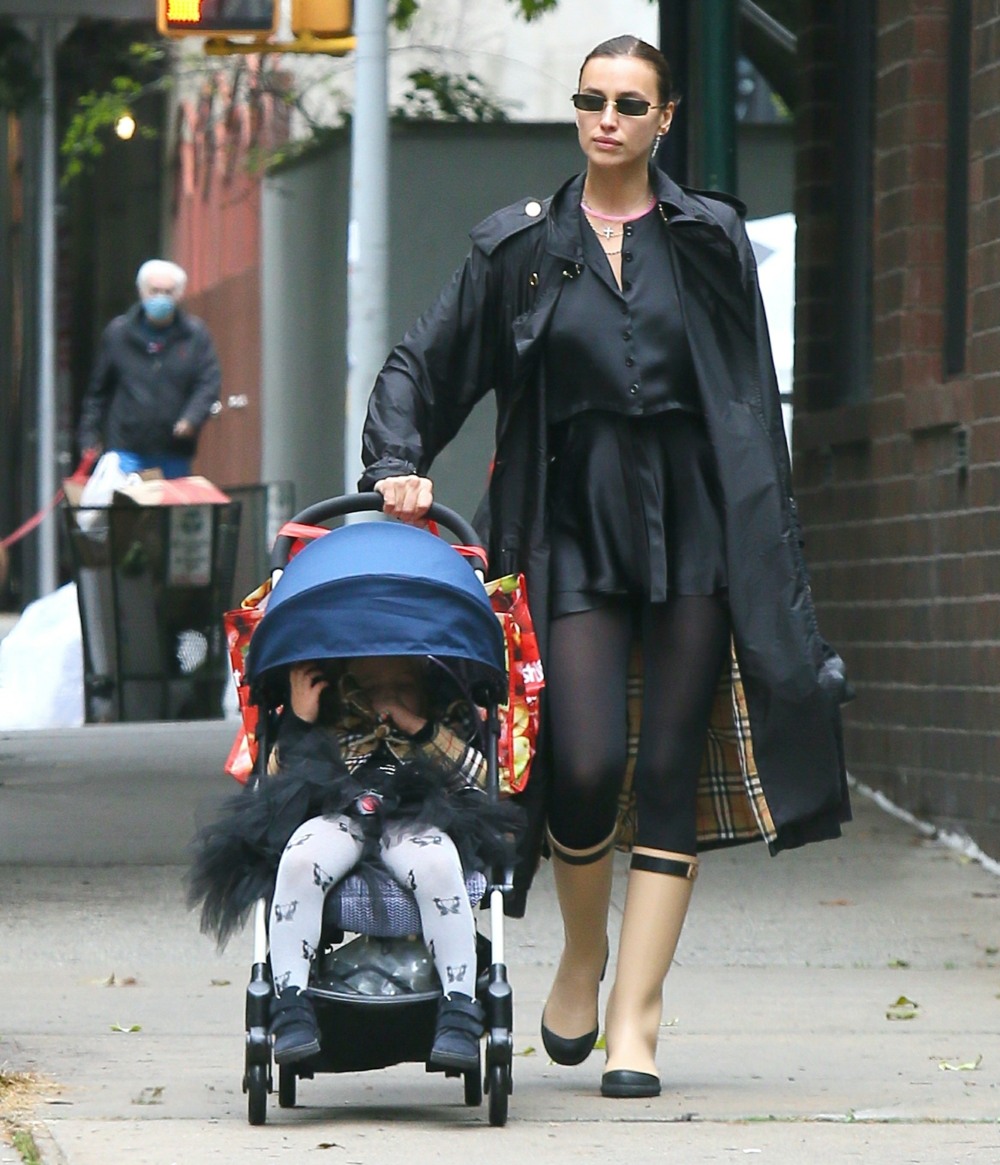 Once I sat down and read some of Irina Shayk’s interviews, I began to really like her. She has a sort of morose, stereotypical-Russian kind of personality. Just, matter-of-fact and pessimistic, but also darkly funny. Ever since her split with Bradley Cooper, she’s been living full-time in New York, and Bradley Cooper usually splits his time between New York and LA, so they’ve been sharing custody of their daughter Lea throughout the pandemic.

Irina hasn’t been making much gossip-news this year, but she’s been getting pap’d regularly around New York, and she’s really treating the New York sidewalks as her personal runway. This week, she really wanted people to see her outfit and I have no idea why, because the whole look is so weird! Yes, she’s probably getting paid to model those $2100 Chanel rain boots and the $3000 Burberry raincoat. But the rest of the outfit is so weird! A matchy crop-top button down blouse and too-short skirt, with black pantyhose and sunglasses. In the rain. She’s so random!

Irina was just made the new face of Victoria’s Secret Bombshell Gold fragrance, and for that, she agreed to some bizarre People Magazine spon-con “Holiday Gift Guide” where she’s just recommending the perfume she now represents, plus a hairbrush, some skincare stuff and Chrissy Teigen’s cookbook. Oh, she does recommend giving to charity though, so at least that’s nice. 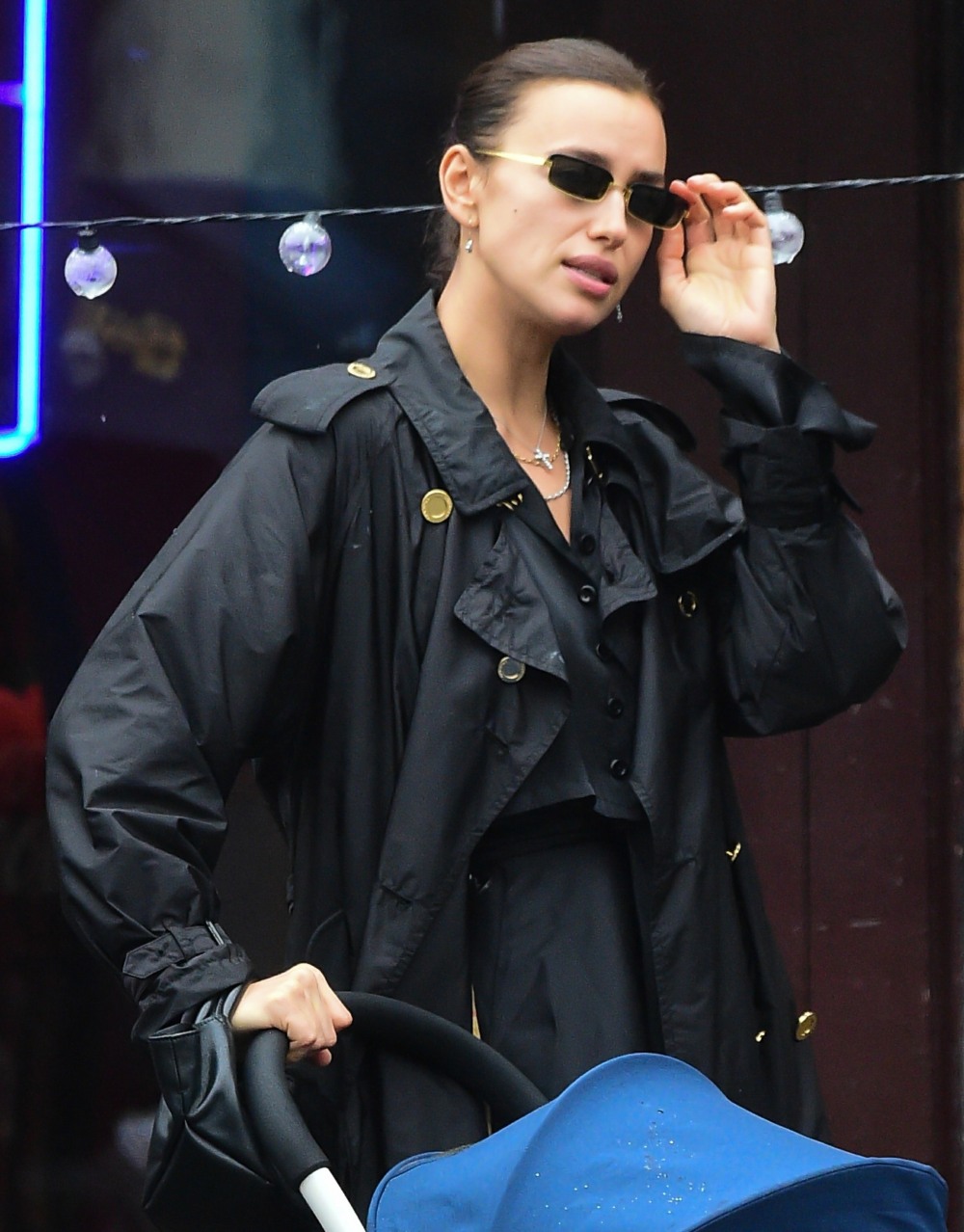 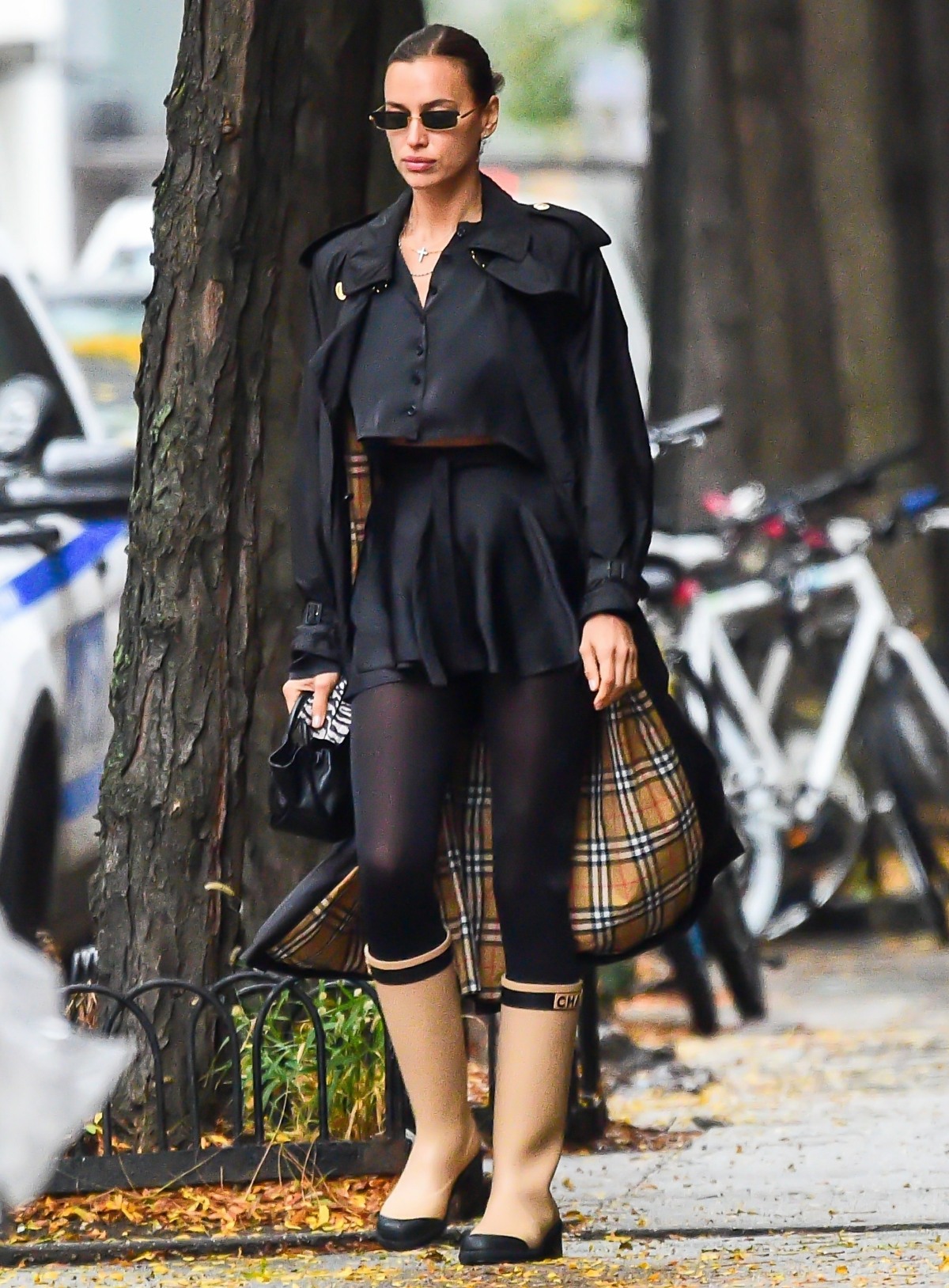