Kendall Jenner is one of the world’s most high-profile models.

As a member of the Kardashian-Jenner family, her name might have brought her notoriety in the early days of her career, but she has achieved acclaim on her own terms in the past few years for her fierce runway walk and striking looks — even if she has been involved in one or two controversies.

Jenner has a huge following on social media, and her fans love learning everything that they can about the influential model, including what sort of snacks and meals make up her day-to-day diet.

Kendall Jenner has a super-slim figure 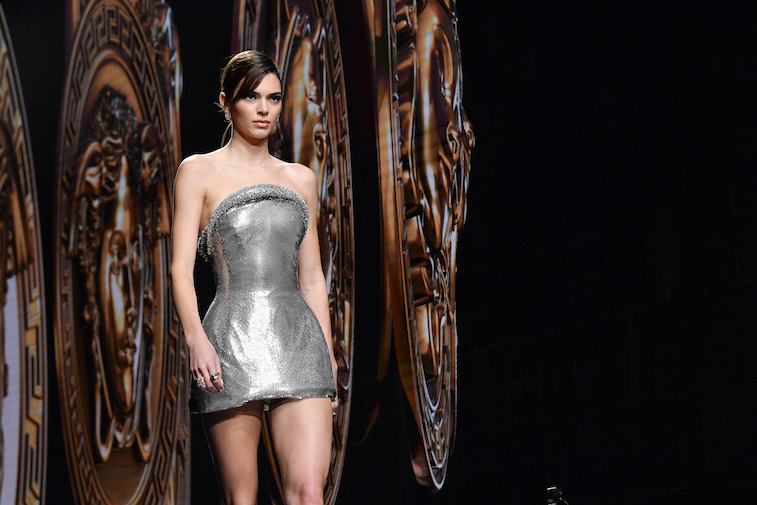 RELATED: Kendall Jenner Critics Have Been Calling Her ‘Candle Jenner’ for Years

Although the Kardashian family has become known for popularizing full, curvy figures, Kendall Jenner has always been a bit different from the rest of her family. She prefers to keep her personal life strictly private, she doesn’t pursue a variety of business ventures like her sisters, and, perhaps most obvious of all, Jenner looks almost completely different from every other member of her family.

Kendall Jenner has a tall, thin figure, seemingly perfectly suited to modeling. From a very young age, Jenner knew that she wanted to be a model, and while still a young teen, she began working with a modeling agency to get her career launched. By the age of twenty, Jenner had become one of the world’s most influential models.

She can certainly be proud of what she has accomplished over the years, and of the way that she has managed to create some distance between her career and the family’s reality show, Keeping Up with the Kardashians.

What is Kendall Jenner’s meal plan?

She drinks a lot of detox tea prior to big fashion events or runway shows, but her day-to-day routine is a little more substantial. In 2016, Jenner revealed that she typically skips breakfast, preferring to drink hot tea instead.

For lunch, Jenner sticks with lean proteins like grilled chicken breast with brown rice and vegetables. Such a meal serves to keep her full for the entire afternoon and keeps her from “carb crashing.”

When she wants a snack, she avoids cookies and candy and picks up an apple or some hummus and veggies. Jenner doesn’t cook as much as her younger sister, Kylie Jenner, but she has been known to whip herself up a simple pasta dish, packed with peas, garlic, and Parmesan cheese.

Jenner also isn’t averse to treating herself from time to time, and enjoys a cupcake when she really wants one — just not before a big event.

Has Kendall Jenner ever gone vegan?

Kendall Jenner’s older sister, Kim Kardashian, has been open about the fact that she typically follows a vegan lifestyle. However, Kendall Jenner is not known to be vegan, although she has likely sampled some of Kim Kardashian West’s vegan treats and meals.

Even if Kendall Jenner doesn’t follow a vegan lifestyle, she is clearly on board with some of the principles of veganism — in early 2019, Jenner partnered with a vegan oral care and beauty brand called Moon in order to launch an exclusive teeth whitening pen.

Considering Kendall Jenner rarely promotes sponsored products on Instagram like her sisters, she must believe in the product and the mission. Therefore, it is not out of the realm of possibility that she could end up committing to a vegan diet in the future.