The Season 3 finale of HBO Max’s Alia Shawkat-fronted dramedy Search Party came with a major sigh of relief and the unexpected kidnapping that brings it all full circle for Dory Sief.

From creators Sarah-Violet Bliss, Charles Rogers and Michael Showalter, Search Party follows a close group of twentysomethings as they find themselves swept up in the trial of the century. Dory (Shawkat) and Drew (John Reynolds) are thrust in the national spotlight after they are charged for the murder of private investigator, Keith Powell (Ron Livingston). The season sees the gang take non-traditional measures to cover their trail, make the oddest of allies, and test their limits of friendship for the sake of pleading not guilty.

Bliss and Rogers wrote all episodes of the HBO Max series, including the Season 3 finale “The Reckoning.”

Search Party will return for a fifth season on HBO Max, which has expanded its relationship with Rogers and Bliss via a two-year overall deal. Rogers told Deadline about what’s to come for the upcoming season, noting that the fifth installment will be “scarier than it’s ever been before” and will feature the culmination of Dory’s pursuit for meaning.

The series, which first aired on TBS for two seasons before moving to HBO Max, is executive produced by Bliss, Rogers,  Showalter and Lilly Burns, and Tony Hernandez for Jax Media.

Read the Season 3 finale script, penned by Bliss and Rogers, below. 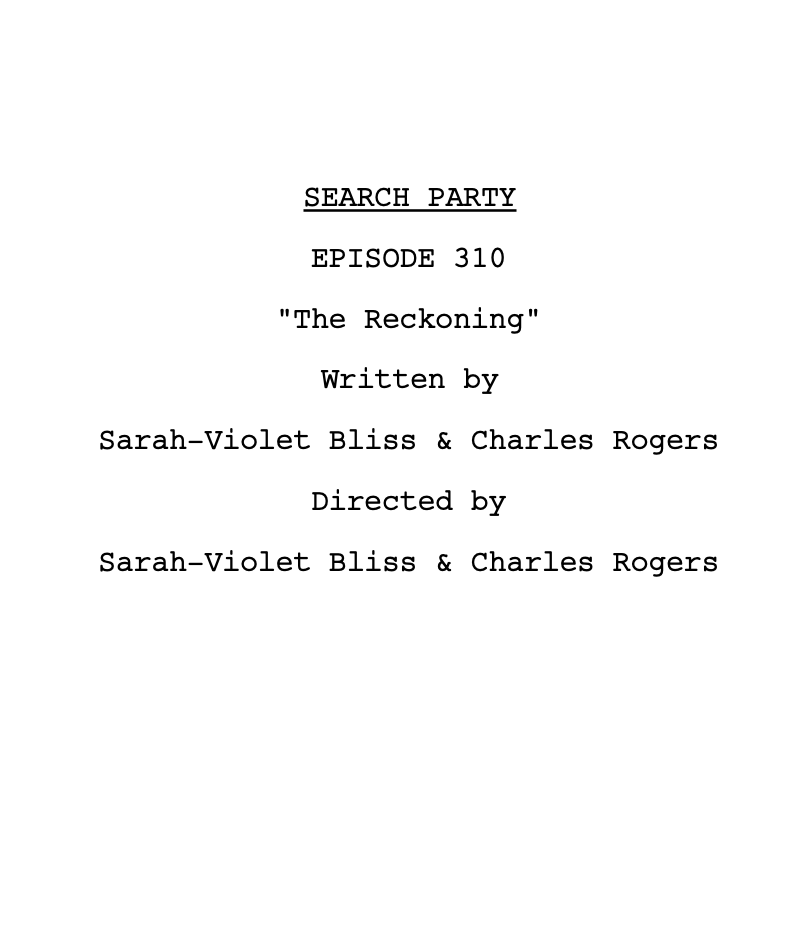