Ivanka Trump’s childhood best friend, Lysandra Ohrstrom, claims in a new essay that Donald Trump body-shamed her when she was just a young teen, saying he was ‘doing her a favor.’

Being best friends with Ivanka Trump came with its perks — and its downfalls, Lysandra Ohrstrom learned as a teenager. The journalist, now 38, details in a sprawling essay for Vanity Fair trips to Paris, sleepovers at the Trump Tower, photoshoots, and days shopping in Manhattan with her former best friend. But sometimes, that included having to deal with her father, Donald Trump, who allegedly had no qualms about belittling a young girl for her appearance.

“Though [Trump] never remembered my name, he seemed to have a photographic memory for changes in my body,” Lysandra wrote in the November 17 essay.  “I’ll never forget the time Ivanka and I were having lunch with her brothers at Mar-a-Lago one day, and while Mr. Trump was saying hi, Don Jr. swiped half a grilled cheese sandwich off my plate. Ivanka scolded him, but Mr. Trump chimed in, ‘Don’t worry. She doesn’t need it. He’s doing her a favor.’ Conversely, he’d usually congratulate me if I’d lost weight. 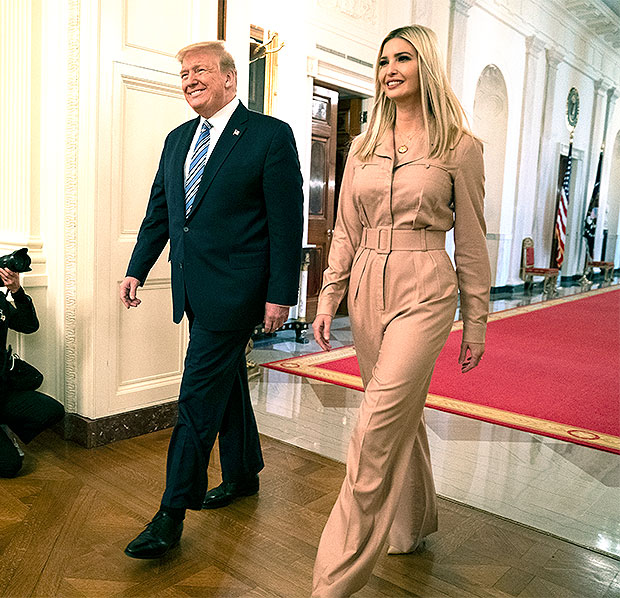 The incident apparently took place right before their freshman year of high school. Lysandra detailed more creepy behavior from the future president in her essay. Just as he allegedly chided her about her weight, he was overly complimentary about other girls. “[Trump] would barely acknowledge me except to ask if Ivanka was the prettiest or the most popular girl in our grade,” said Lysandra. “Before I learned that the Trumps have no sense of humor about themselves, I remember answering honestly that she was probably in the top five.”

“‘Who’s prettier than Ivanka?” I recall him asking once with genuine confusion, before correctly naming the two girls I’d had in mind,” Lysandra continued. “[Trump] described one as a young Cindy Crawford, while the other he said had a great figure.” Ivanka and Lysandra remained tight for over a decade; she even served as a Maid of Honor in Ivanka’s 2009 wedding to Jared Kushner. But something seemed to change soon after. Ivanka allegedly told Lysandra that she “didn’t have time for this s**t” when she tried to tell her about her new job. 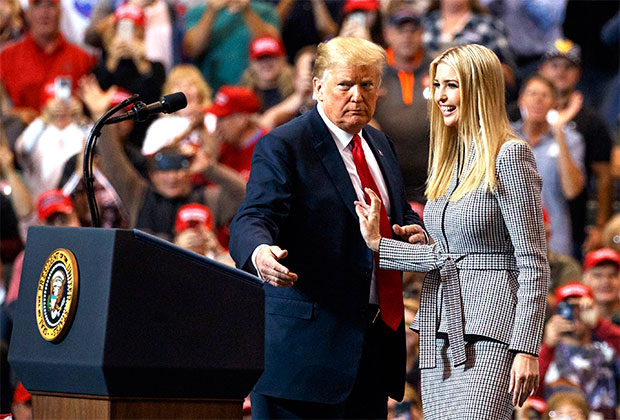 While they’ve remained polite, Lysandra now doesn’t recognize the ride-or-die bestie she once adored. “I’ve watched as Ivanka has laid waste to the image she worked so hard to build. In private, I’ve had countless conversations with friends who also grew up with Ivanka about how appalled we are that she didn’t publicly oppose Brett Kavanaugh’s Supreme Court nomination, or any of her dad’s especially repugnant policies.

“Whether Ivanka is able to rehab her stained image or not, I hope she wasn’t able to drown out the applause of the city she once aspired to rule, cheering and celebrating her political downfall,” Lysandra wrote. “I was with them, crying with relief, matched only by the regret and shame I feel for not holding my former friend to account sooner.”