James Corden's Only Tattoo Doesn't Mean What He Thought

Always research before you ink! James Corden opened up to his Late Late Show guest, Dakota Johnson, on Wednesday about his one tattoo.

“I have one, yes. It’s down here. It’s on my leg there, can you see that?” the 42-year-old British comedian said, showing the back of his right calf.

“What does that symbol mean? Are you sure you know what it means?” Johnson asked him. 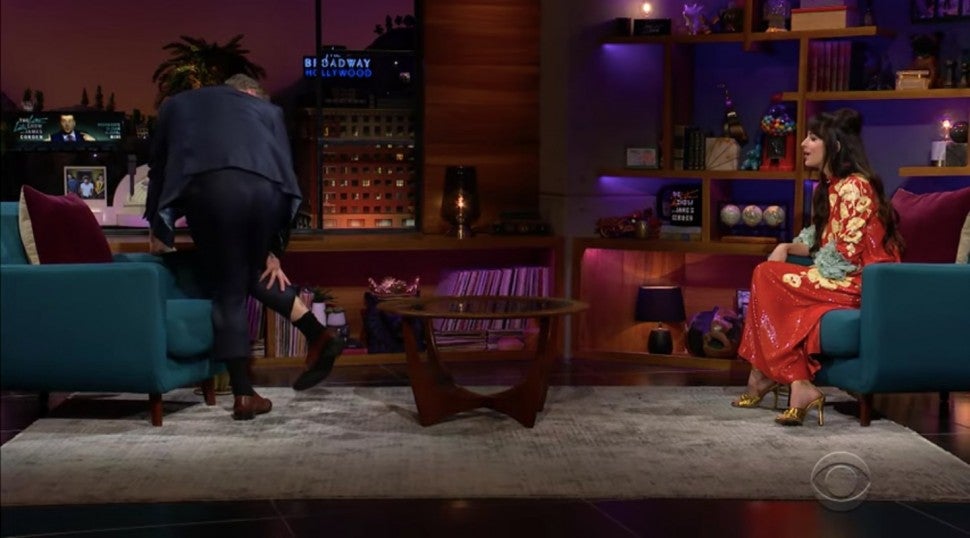 But as time has gone on, Corden has learned that his body art might not stand for tattoo at all.

“Turns out, it doesn’t mean that. It means happy go lucky, which I’m not mad at,” he said. “But then someone else told me they thought it might mean crane.”

“Machine or a bird?” Johnson asked.

“The machine I think,” Corden clarified.

But no matter what it means, Corden has come to terms with his single tattoo.

“I’m fine with happy go lucky. I’m pleased with tattoo. And if it means crane, I’ll live with it,” he said. “I don’t even have to really see it.”