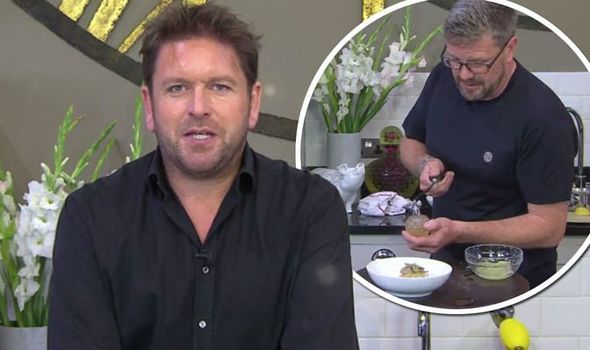 Celebrity chef James Martin was forced to apologise to a guest who appeared on his television show yesterday after crashing his website. The Saturday Morning presenter took to Twitter to reach out to the fellow chef, who has a restaurant in Cambridge.

The 48-year-old ITV star was joined on his weekend show by Midsummer House chef Daniel Clifford among others.

The television presenter said the stunning dish of roasted scallops, salt baked celeriac, apple salad, marigold and winter truffle was one to make when you really want to impress your guests.

He later tweeted a picture of the “very very special” recipe with his 686,000 followers. 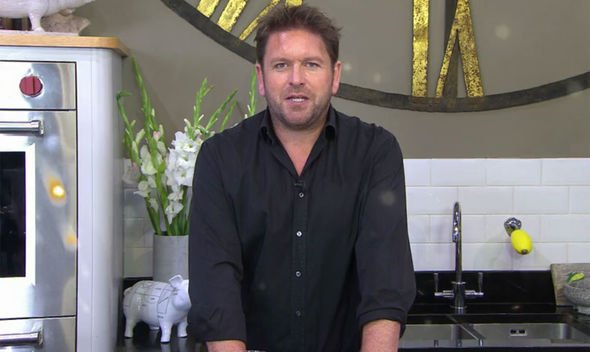 Not long after, Daniel took to the social media site to say that his website had crashed after James’ positive comments.

“Absolutely blown away with James feedback this morning on @sat_jamesmartin Bear with us as the website has crashed.”(sic)

The This Morning star then re-tweeted the post with an apology: “Ohhh sorry buddy”. 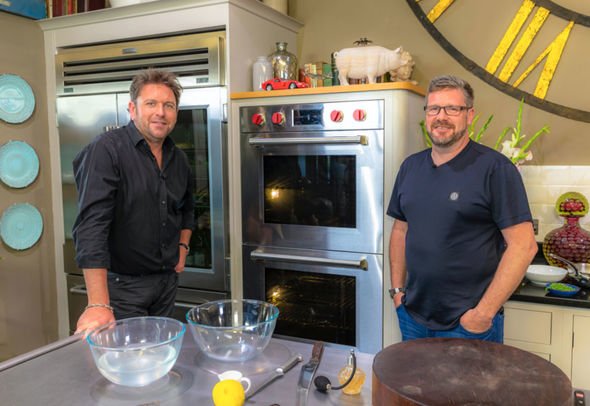 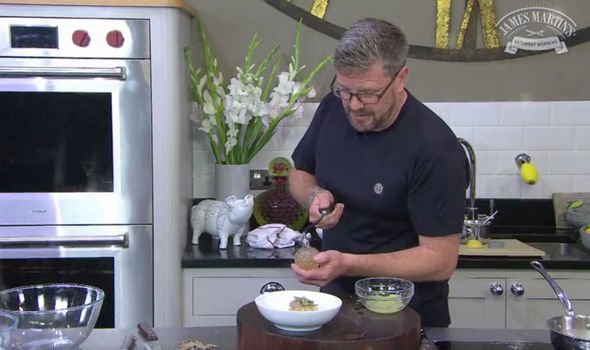 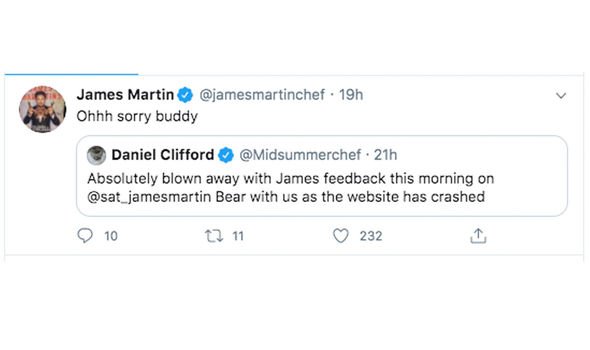 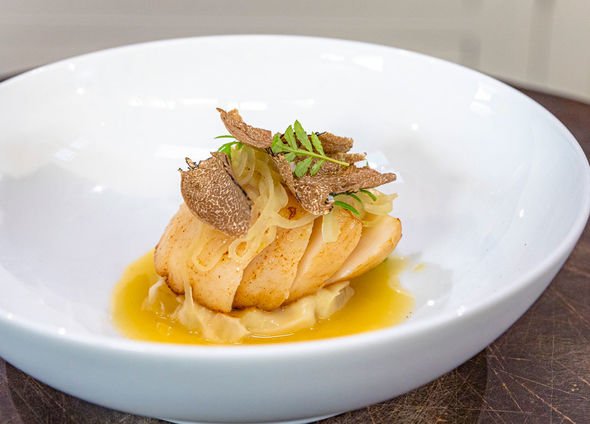 “Oh dear your website has had the James Martin effect too. Praise indeed from a fabulous chef,” said one social media user.

A third, who appeared to be a regular at the Cambridge eatery remarked: “The James Martin effect haha, quality shines through, always a hard to get table now made even harder.”