Jay Cutler and Kristin Cavallari let their dangerous dog roam free when the cable guy came by for an install, and it allegedly took a bite out of his hand.

According to a lawsuit the cable guy, Nathan Beam, filed … the exes are still the co-owners of 2 German Shepherds who were unrestrained at a Tennessee home in June 2020 when Nathan was there for the hookup. 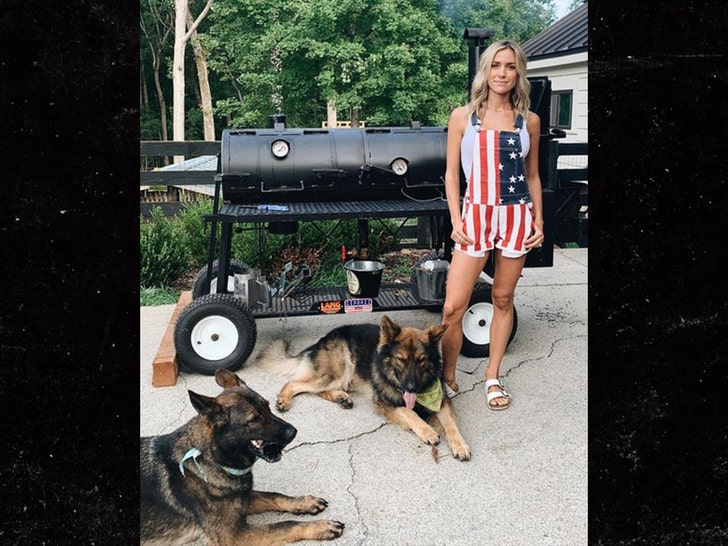 Beam claims he completed the install and was ready to leave when one of the dogs — he believes its name is Kona — was in front of the driver’s side door of his truck.

According to Beam … as he bent over to pick up something off the ground, the dog bit him on his left thumb and fingernail and clamped down for several seconds.

He claims he did nothing to harass the dog, and afterward … Cavallari’s assistant came out, gave him a paper towel, and allegedly told him to leave immediately.

Beam’s blaming Jay and Kristin for failing to keep reasonable control of their dogs while he was there, and also claims they knew the canines were dangerous … based on old social media posts where she refers to the younger one, allegedly Kona, as a “#TrainedKiller.”

He’s suing for damages, claiming he suffered physical injuries and disfigurement along with mental anguish, and has lost wages because of the alleged dog bite.

A rep for Kristin had no comment. We reached out to Jay as well … so far, no word back.