Home » Celebrities » Jennifer Lawrence: I just think everybody had gotten sick of me

Jennifer Lawrence: I just think everybody had gotten sick of me 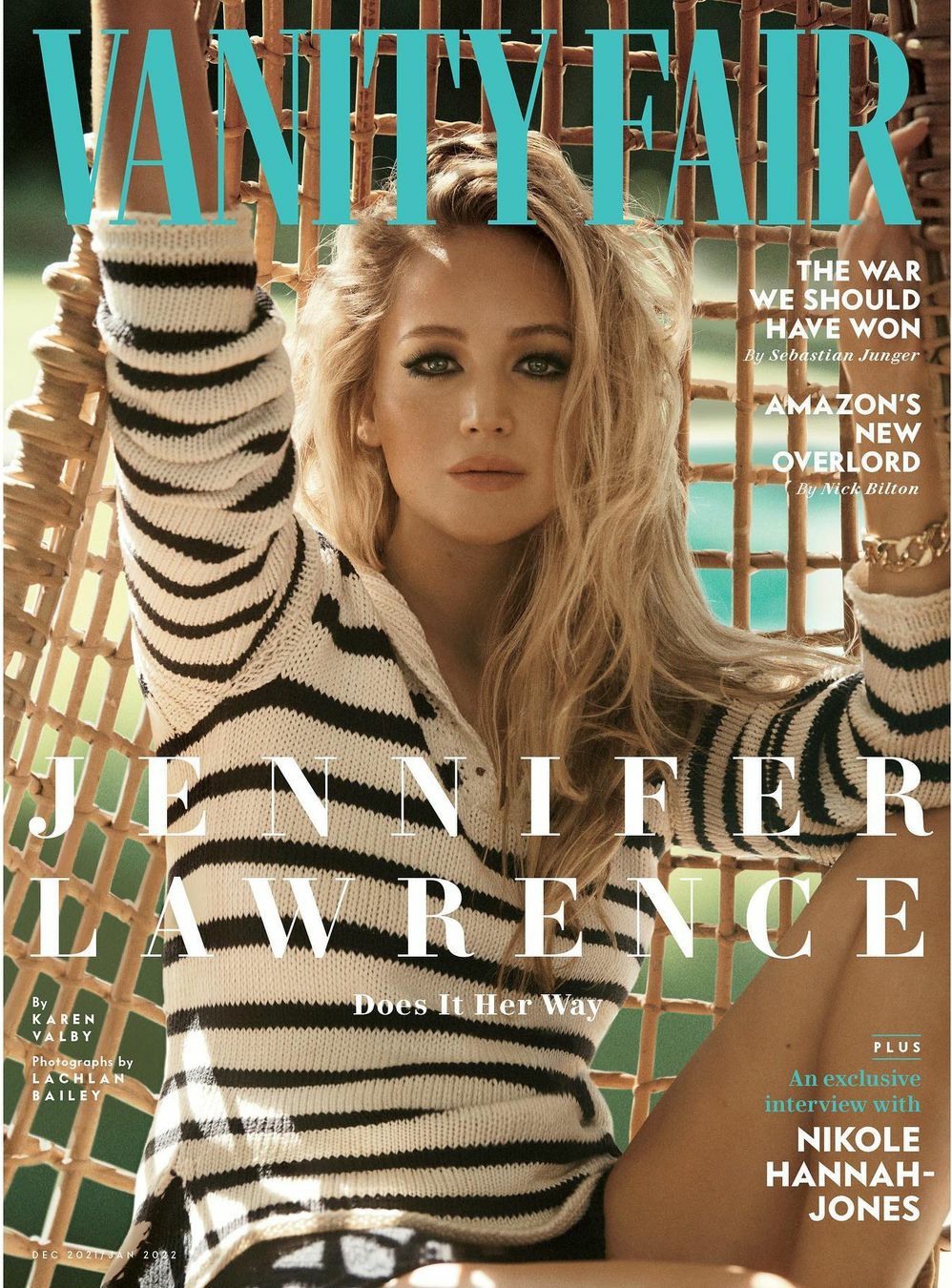 It’s been several years since we’ve had a big “Jennifer Lawrence promotional tour” and I legitimately missed her, while also understanding why she needed a break and why we needed a break from her. She was too ubiquitous, too confessional 24-7, too much, too everywhere. The stuff that made her famous – her likability, her honest, confessional interviews, her humor – were being used against her and exploited. Worse yet, the work was suffering. Her picker was off, and audiences could tell. So, after a two-year absence, J-Law is returning to fame and stardom to promote Don’t Look Up. She’s married now and expecting her first child. She’s also still the same J-Law – even though she’s taking pains to not get too personal with Vanity Fair, she still talks about everything under the sun. You can read the full VF piece here. Some highlights:

Her box office disappointments. “I was not pumping out the quality that I should have. I just think everybody had gotten sick of me. I’d gotten sick of me. It had just gotten to a point where I couldn’t do anything right. If I walked a red carpet, it was, ‘Why didn’t she run?’… I think that I was people-pleasing for the majority of my life. Working made me feel like nobody could be mad at me: ‘Okay, I said yes, we’re doing it. Nobody’s mad.’ And then I felt like I reached a point where people were not pleased just by my existence. So that kind of shook me out of thinking that work or your career can bring any kind of peace to your soul.”

On Harvey Weinstein: “Harvey’s victims were women that believed that he was going to help them. Fortunately, by the time I had even come across Harvey in my career, I was about to win an Academy Award. I was getting The Hunger Games. So I avoided that specific situation. Of course, I’m a woman in the professional world. So it’s not like I’ve gone my entire career with men being appropriate. But, yeah, that’s a perfect example of where getting power quickly did save me.”

On her husband: “I really enjoy going to the grocery store with him. I don’t know why but it fills me with a lot of joy. I think maybe because it’s almost a metaphor for marriage. ‘Okay, we’ve got this list. These are the things we need. Let’s work together and get this done.’ And I always get one of the cooking magazines, like 15 Minute Healthy Meals, and he always gives me a look like, ‘You’re not going to use that. When are you going to make that?’ And I say, ‘Yes, I am. Tuesday!’ And he’s always right, and I never do.”

She got to make out with Timothee Chalamet on Don’t Look Up: “It would have been a lot more enjoyable if you weren’t seeing your aging self next to a 17-year-old in a two-shot who weighs 100 pounds soaking wet. I’ve never felt fatter and older in my life.”

Whether she’s forgiven her Kentucky Republican roots: “Yeah, I mean…. No, there were certain things, in the Trump presidency, there are certain things that happened over the last five years that are unforgivable. And it’s been wild. It’s wild to disagree on things you thought you would never…there’s no way we’re going to disagree on this in 2021. White supremacy. Attacking the Capitol. Nazis being the bad guys. Or just, science. I don’t know.”

There’s a lot more because of course there is – she talks a bit about her husband Cooke and mentions some jewelry gifts he’s gotten her, but her favorite gift from him is the Hereditary script, because that’s her favorite movie. She also talks about a near-death experience she had when she was traveling on a private plane and both the engines went out and she thought she was going to die. Poor woman. She sounds like she’s in a much better place psychologically these days, because I remember how she was before she took this break. She was just burned out to a crazy degree, burned out on work but mostly on being famous. She seemed like she was teetering on the edge of some kind of (slapstick) nervous breakdown. It’s good that she took a big break and she sounds a lot healthier now.