Following Wednesday’s inaugural festivities at the Capitol, newly sworn in President Joe Biden made a stop at Arlington National Cemetery on his way to the White House, joining with former Presidents Barack Obama, Bill Clinton and George Bush.

It was a moment of unity — following Biden’s call for just that in his inaugural address — but the true purpose of the visit was for him and Vice President Kamala Harris to lay a wreath on the Tomb of the Unknown Solider. (He also paid tribute to the troops in his speech, as he always does.)

President Biden and VP Harris greeted by their predecessors as they arrive at Arlington. 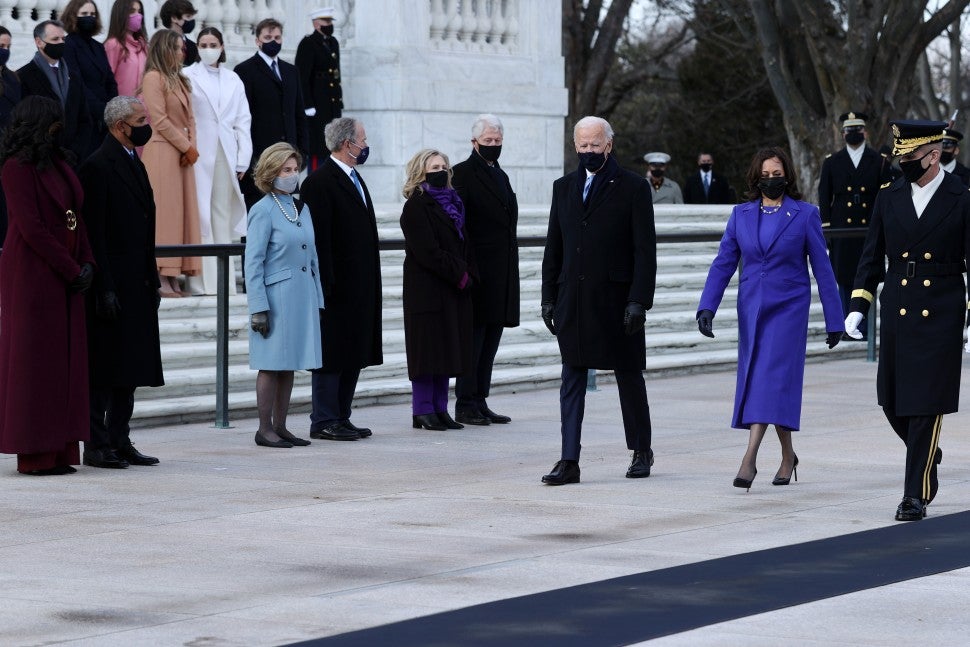 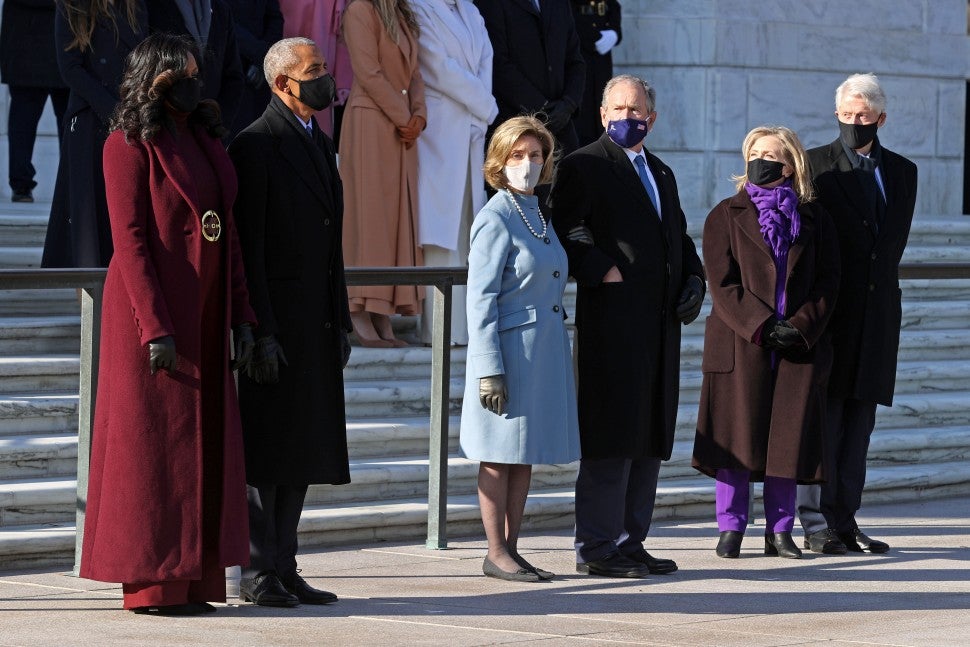 Biden and Harris pray at the Tomb of the Unknown Soldier. 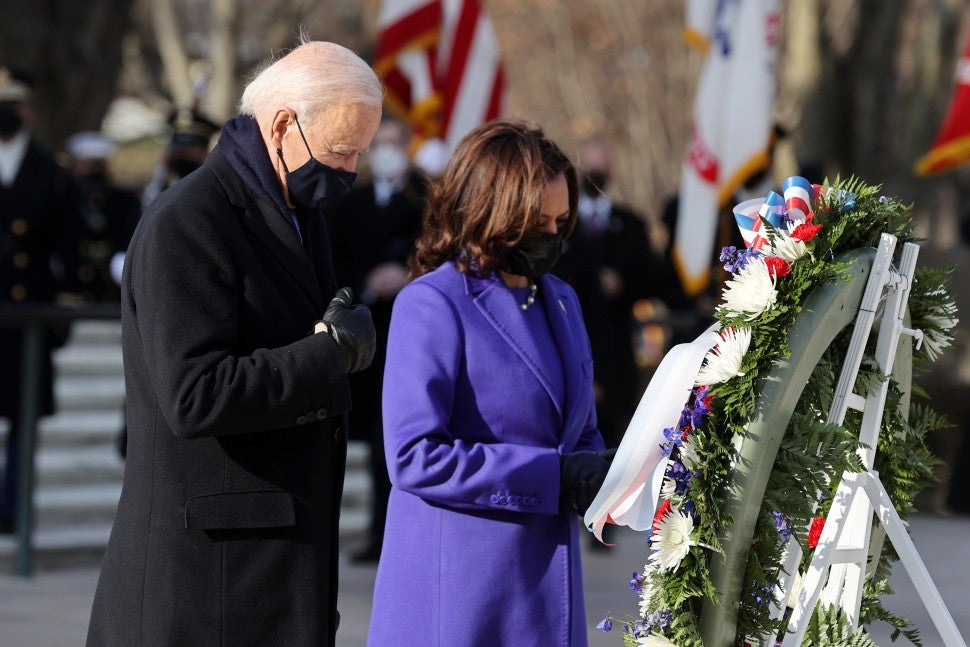 The Clintons looking on as Biden and Harris salute the troops. 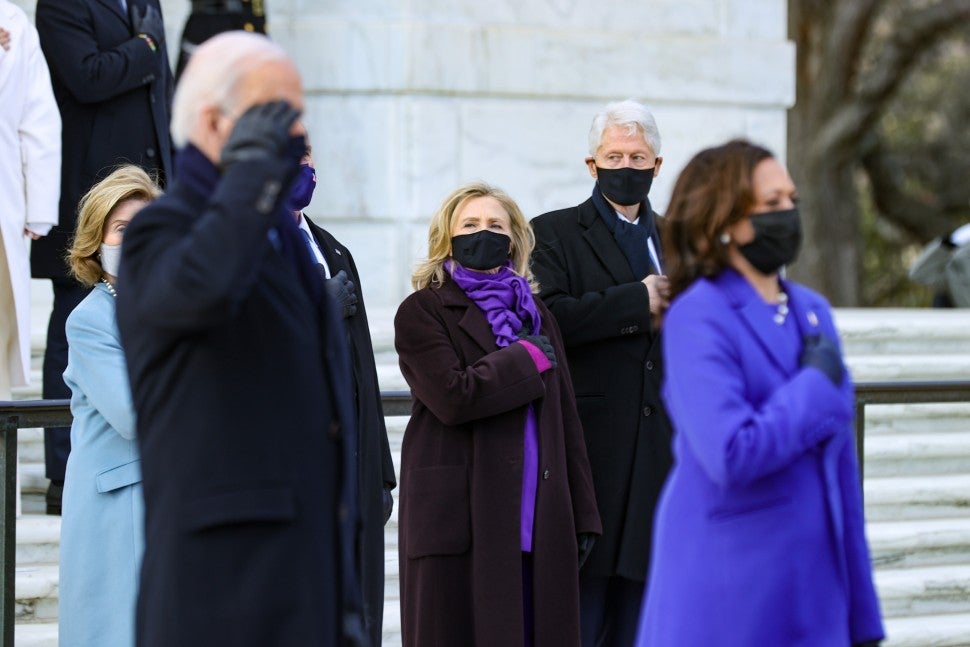 Biden spoke about the need for unity in his first address as president, saying, “Without unity, there is no peace, only bitterness and fury. No progress, only exhausting outrage. No nation, only a state of chaos. This is our historic moment of crisis and challenge, and unity is the path forward.”