As if we needed yet another reason to love JoJo Siwa, here’s one more: She recently opened up to her fans and followers about being a member of the LGBTQ+ community and now she’s sharing even more about her love life. In her recent cover story with People, JoJo shared details about her adorable relationship with Kylie Prew, including the story of how they met and how JoJo dealt with homophobic reactions online after coming out.

JoJo revealed that she and Kylie met on a cruise ship (romantic! cute!). Once JoJo started speaking with Kylie about her life, she knew that Kylie was different from the rest. “I told her my whole spiel that I tell everyone when they ask me my life story,” JoJo recalled. “She goes, ‘I could have Googled that. I want to know your life story. You just told me about your career. I want to know about you.’ And I was like, No one’s ever asked me that before.” 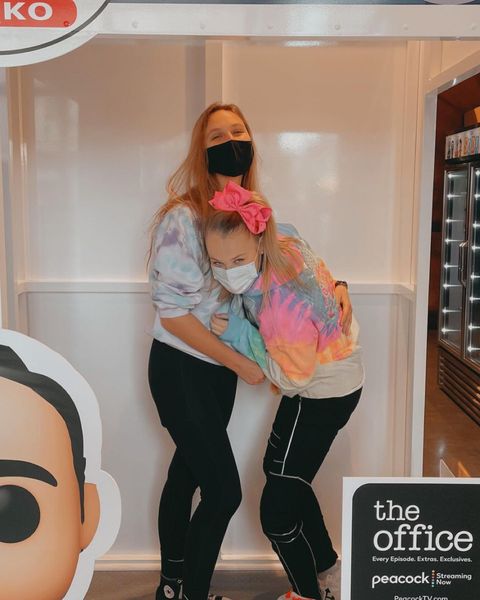 JoJo said she “never wanted [my coming out] to be a big deal,” but because of how young her fanbase is, she knew the decision could potentially affect her livelihood. “I have a lot that could have gone away because of my love life,” JoJo said.

After coming out publicly, JoJo did read the flood of comments she received…which she later realized was a big mistake. “I never should have done that. I was thinking that all the comments were going to be nice and supportive, and they weren’t,” she said. “A lot of them were, ‘I’m never buying your merch again. My daughter’s never watching you again.’ I couldn’t sleep for three days.”

But soon after, JoJo had an important realization: “My thing is, I don’t want people to watch my videos or buy my merchandise if they aren’t going to support not only me, but the LGBTQ community.” And that’s that on that!! 😤

You love all the deets on celeb relationships. So do we! Let’s overanalyze them together.