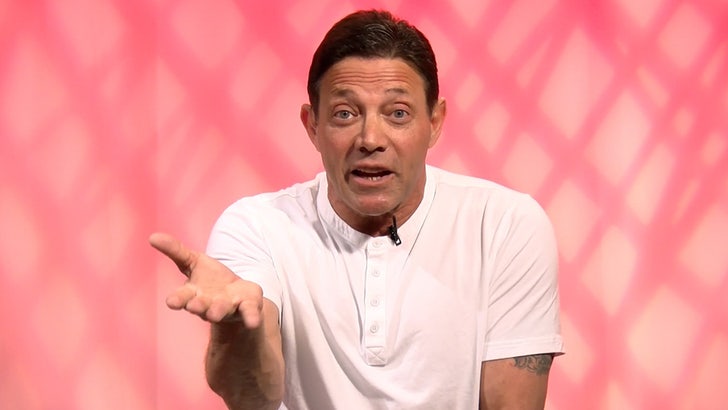 Jordan Belfort‘s not showing Bernie Madoff any sympathy following his request to get out of prison early, due to a terminal illness … and he doesn’t think the judge will either.

The “Wolf of Wall Street” has some history with the notorious Ponzi scheme mastermind, but he tells TMZ regardless of that … the notion of Madoff getting released — when he was sentenced to 150 YEARS — is utterly ridiculous.

Belfort says Madoff got a life sentence for a reason — because his crimes were horrendous, staggeringly affected people’s lives and resulted in suicides … including his own son’s. Jordan doesn’t see any justifiable reason to let a guy like that off the hook, even if Madoff claims he only has 18 months to live because of kidney failure.

As for their personal beef … Belfort reminds us Madoff went after him when Bernie was the chairman of NASDAQ. Jordan admits that was justified, but says Madoff was just diverting attention from his own heinous crimes … the ultimate hypocrite move.

Belfort concedes he’d be willing to cut Madoff some slack if he initially received a shorter sentence and had served a large chunk of it, but life is life, and that’s the point … according to the Wolf.