Home » Celebrities » Joshua Bassett Admits He Experienced Homophobia After Coming Out: It Put Things In Perspective

Joshua Bassett Admits He Experienced Homophobia After Coming Out: It Put Things In Perspective

‘High School Musical: The Musical: The Series’ star Joshua Bassett is opening up about coming out as queer and how he feels about sexuality.

Joshua Bassett, 20, faced speculation about his sexuality in May after a video of him calling Harry Styles “hot” went viral. And because of that chatter, Joshua decided it’d be best to release a statement and say that he was still “figuring out” who he is. But shortly thereafter, the High School Musical: The Musical: The Series star did an interview and proudly proclaimed he is “happy to be a part of the LGBTQ+ community, because they embrace all.”

Now, just a couple months later, he’s on the front September cover of Attitude Magazine and opening up about coming out and why he’s not putting pressure on himself to wear a label. “I never really questioned it [how I felt]. It just was, if that makes sense. That’s something that I think is really cool about this generation, and the generation to follow; that you don’t need a box, and you don’t need to be put in a box,” he explained. ”But I would say that it definitely took a lot of time to realize that.” 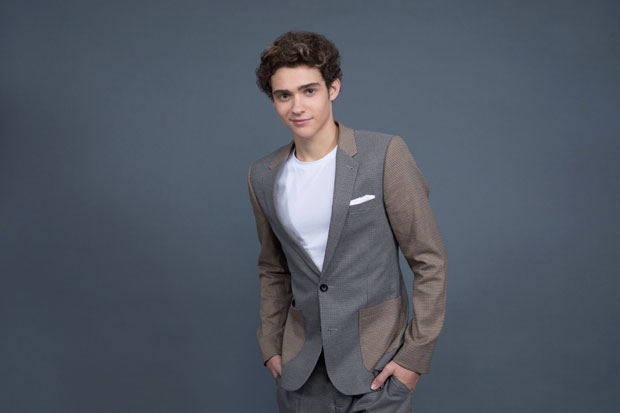 Sadly, not everyone’s been super supportive of Joshua’s journey. And he faced a bit of homophobia after coming out. “This was the first time where I was subjected to a lot of homophobia. You know, I seem ‘straight’ to everyone I meet, pretty much, and I have had to see that [homophobia] first-hand. Seeing that put things into perspective, of how far along we aren’t yet; I thought we were a lot further on than we are,” he said.

“On the flip side of all that are the responses I’ve gotten from people saying, ‘I’ve never had somebody put into words exactly how I feel.’ Or, ‘Thank you so much for helping me be seen.’ Or, ‘I can’t be who I am around my family, but because of you I feel a little bit safer, a little bit more at home,’” he added. “That makes it all worth it. People can hate me forever and say the nastiest thing possible, but it will not change a thing, because you need to stand tall and face those people as an advocate for all the people without a voice.”

“Ultimately, all that garbage melts away from one story, let alone thousands of people telling me I’ve changed their life – which is wild, but a crazy honor,” he concluded.