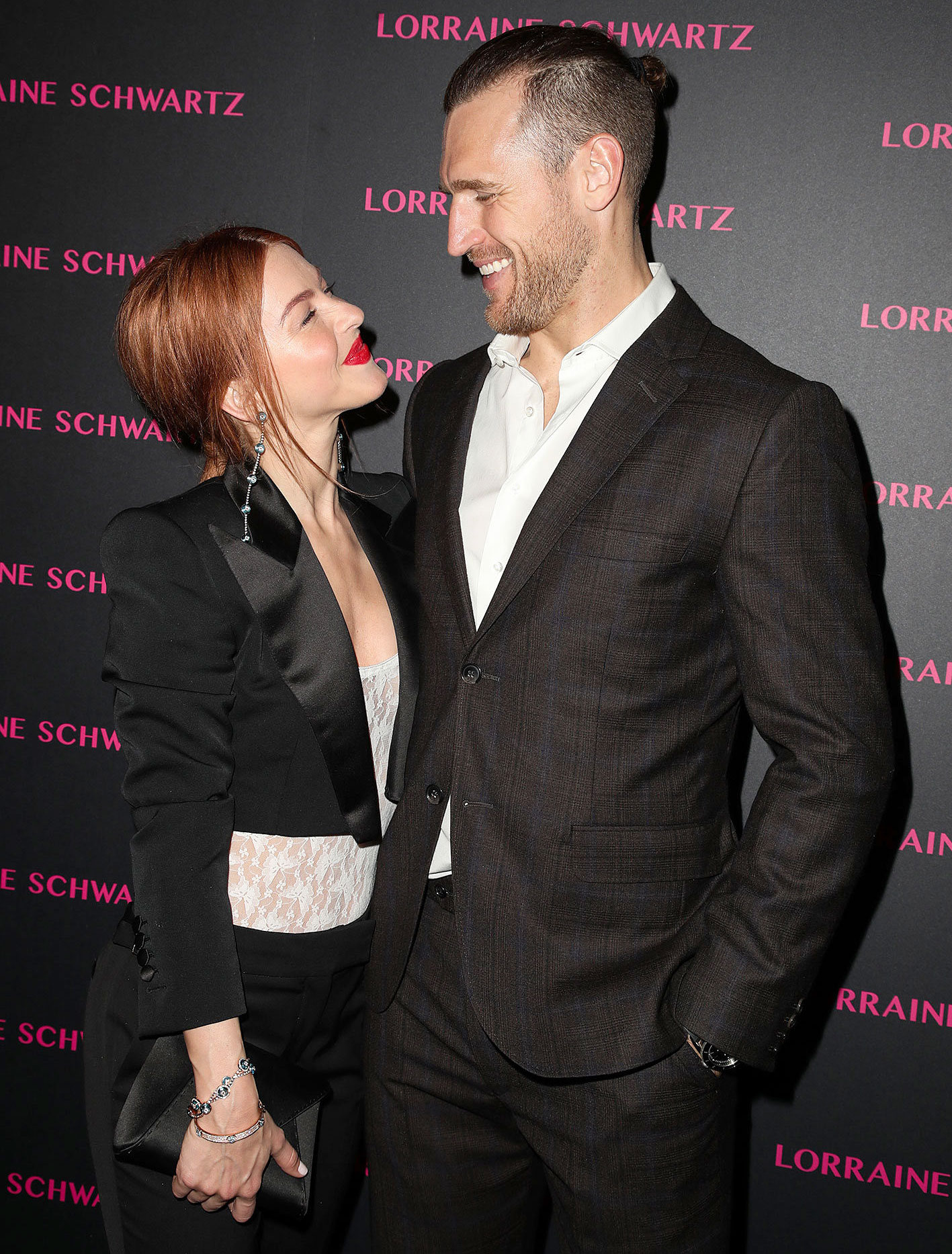 Missing her man? Julianne Hough left a flirty comment on her husband Brooks Laich’s Instagram as they quarantine separately.

“That beard though 😍,” the 31-year-old dancer commented on the 36-year-old former hockey player’s post on Wednesday, April 22.

Earlier on Wednesday, Laich released a podcast episode about his decision to quarantine in Idaho. Hough, for her part, remained in Los Angeles.

“I love having my dog — if it wasn’t for my dog, I’d probably be a little more antsy with the isolation,” the retired NHL star told cohost Gavin DeGraw on their “How Men Think” podcast. “I bought this place in 2014, and I’ve never spent enough time here. I come here like, a week a year and it’s my dream property.”

Laich added that there is “lots” for him to do in Idaho, including a “mass cleaning” of the property.

“I just love being up here. I’ve never spent enough time here, so I’m doing OK with it,” he said. “When I was a young kid, I didn’t need to be around friends all the time. I liked it, I had great friends, I still have great friends to this day, but there’s a part of me that enjoys isolation and there’s a part of me that actually gets drained when I’m around too many people.”

Hough and Laich tied the knot in July 2017. While a source told Us Weekly in December that the pair were on the rocks, a second source later revealed that they worked through their issues.

“Brooks and Julianne are totally fine and are working through any issues they previously faced,” the source said in March. “At the end of the day, they love each other and they are still together.”

After Laich retreated to Idaho and Dancing With the Stars alum was spotted with actor Ben Barnes, however, a third source told Us that the twosome were back in a rocky place.

“They are not doing well,” the source said on April 17.

Hough has added fuel to the fire with her social media activity, opening up about her “super intense” highs and lows and dancing away her “stagnant energy.” The actress made headlines again on April 19 when she shared a cryptic quote that read, “Never betray yourself to be loyal to others.”