Julianne Hough showed off her body in another bikini snap during her family vacation in Idaho.

The former “America’s Got Talent” judge credited her toned abs to her fitness company Kinrgy.

“Major water vibes,” Hough, 32, captioned a picture of herself in a blue and green tie-dye bikini along with a tag for her fitness brand.

The “Dancing With the Stars” alum has been on vacation with her four siblings, Derek, 35, Katherine, 37, Marabeth, 41 and Sharee, 43, along with their parents.

The “Safe Haven” star’s vacation with her family comes just a month after she spent her birthday with her estranged husband Brooks Laich.

Hough and Laich, 37, announced their separation in May after nearly three years of marriage.

Since then, the two have proved to be friendly exes, continuing to support one another and even commenting on social media posts.

Recently, however, several reports have surfaced stating that the two may be considering reconciliation.

"They are both a bit anxious and in the past have gone back and forth in terms of their relationship, so things are always up in the air with them," a source recently told Us Weekly. 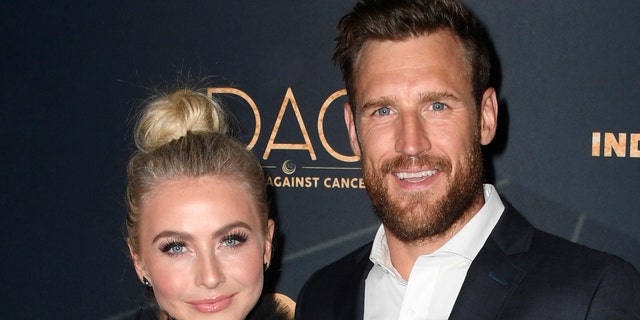 The source added: "But, they are not back together even though Julianne fully does want him back."

Another insider also told People that Laich was "definitely still open to getting back together with Julianne."

"If that were an option, he would be all in," the insider added. "Her friends and family love him, and everyone is pulling for him. He's a great guy, and they would love to see Julianne give things another chance."