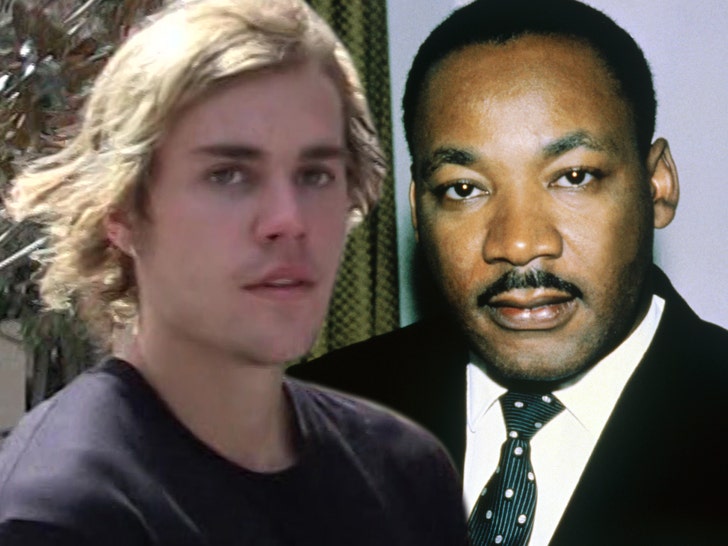 9:24 AM PT — Justin went to the MLK Estate to get clearance for the audio clips, and his daughter, Bernice King, loves how they were used on the album. She tweeted, thanking Justin for his support. Sooo … take that?

Justin Bieber‘s crossed a line with his new album, “Justice,” and he’s getting called out for it — turns out mixing pop love songs with snippets of Martin Luther King Jr. speeches was not a great idea.

JB dropped the album Thursday night, and the first voice you hear on it isn’t his … it’s MLK saying, “Injustice anywhere is a threat to justice everywhere.” Powerful and true words … no one’s questioning that, but it’s the fact the speech is used to introduce the love song, “2 Much” that’s pissing off a lot of people.

Twitter’s teeing off on Justin for the “tone deaf” use of MLK, because, despite its title, the album isn’t about social justice. It’s filled with Bieber’s signature pop ballads and dance tunes — and they’re pretty good — but MLK Jr. has NO connection to them.

There’s even a nearly 2 minute “MLK Interlude” track in the middle of the record, which leads into a song called “Die For You.” If you’re thinking there’s a tie-in because of MLK’s assassination … nope! It’s just an upbeat diddy about a hot chick.

While no one’s gonna question Justin’s chops in pop music, he’s way off the mark here as a historian.