Karlie Kloss will have a new person to “model” after her: her own baby! The 28-year-old supermodel is pregnant with her very first child with husband Joshua Kushner, 35, PEOPLE reported on Oct. 29. “Karlie is overjoyed to be expecting her first child in 2021,” a source close to Karlie told the outlet. “She will be the most amazing mother.” HollywoodLife has reached out to Karlie’s rep for comment. 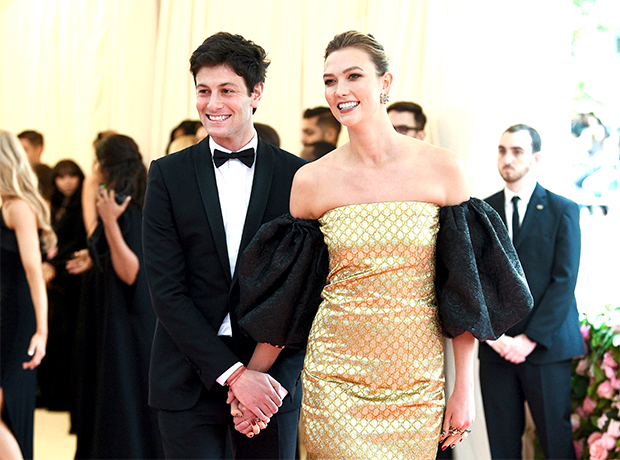 This is happy news for Karlie and Joshua, who just celebrated their second wedding anniversary on Oct. 18. The pair met in 2012, and Karlie wore a custom Dior gown to tie the knot with the Thrive Capital founder in an upstate New York ceremony in Oct. 2018. One time wasn’t enough, though, because they exchanged vows again in June of 2019 in a much different setting: a farmhouse in Wyoming!

Karlie has not broken the pregnancy news herself yet, and has instead been using her Instagram platform of 8.8 million followers to encourage fans to vote. Just a few hours before her pregnancy news was revealed, Karlie shared a photo of W Magazine’s voting-themed cover and wrote, “At a moment of urgent social change, 18 artists of color envision a new kind of political poster for the New Originals issue of @wmag.”

Karlie revealed that she voted for Democratic presidential nominee Joe Biden and his VP running mate, Kamala Harris, by posting a photo of herself rocking a pro-Biden/Harris face mask and holding a ballot on Oct. 27. Her political affiliation has been a subject of interest among the public, given her husband’s family: Joshua’s brother is none other than Jared Kushner, who is the son-in-law of Donald Trump. Karlie has made it clear, though, that her family’s Republican ties do not influence her voting plans.

“I’m sure I’m not the only person in this country who does not agree with their family on politics,” Karlie told Andy Cohen during an appearance on Watch What Happens Live with Andy Cohen! in Jan. 2020. She then firmly stated, “I voted as a democrat in 2016, and I plan to do the same in 2020.” Karlie is a woman who can make her own informed decisions — she’s going to make an amazing mother!