Having given birth to a baby girl, the former Victoria’s Secret Angel shares a photo of her newborn LunaGrace being surrounded by her husband, Archie Drury, and their sons Tobin and Noah.

AceShowbiz –Karolina Kurkova is over the moon. The former Victoria’s Secret Angel announced on Mother’s Day that she has given birth to her third child with husband Archie Drury, and revealed via social media how their two boys, Tobin Jack and Noah Lee, reacted to the arrival of their baby sister.

On Sunday, May 9, the 37-year-old model turned to Instagram to make public the birth of her first daughter. Along with a photo of her sleeping baby wearing a white onesie with angel wings, she wrote, “Welcome LunaGrace, our little angel, born on the pink supermoon. We are so in love. #mothersday.”

The Vogue cover star also made use of her Stories to offer more details. One of her shares displayed a skyline view with a note that read, “The night she came was so special…first baby girl, LunaGrace on the pink #supermoon!” The following Story had her noting, “The energy bringing her into the world was so meaningful…I’ll never forget these moments.” 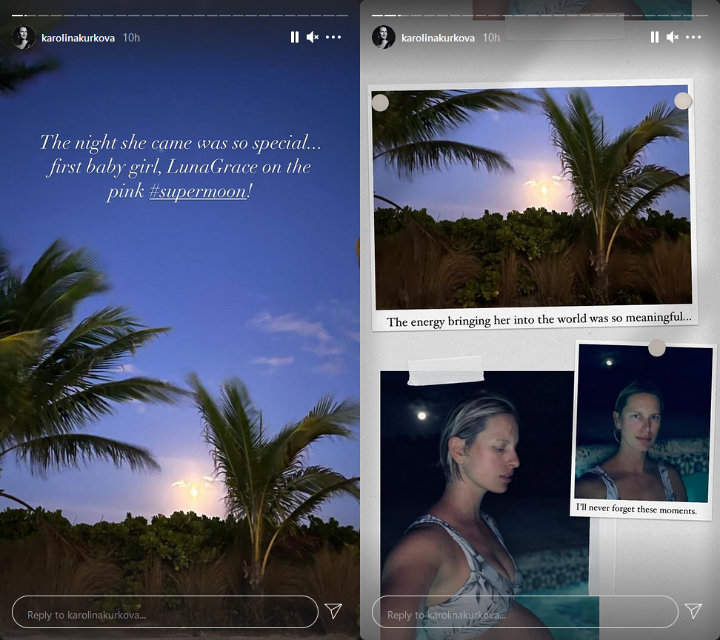 Karolina Kurkova dished on the birth of third child.

Karolina additionally put out a photo and a video of her husband pumping air into an inflatable pool inside their room. “I could feel that she was coming, so dad got everything ready: The level of excitement was high,” she wrote over the photo, while over the clip, she simply noted, “Getting ready for go-time. #homewaterbirth.” She also shared the songs she was listening to when giving birth. 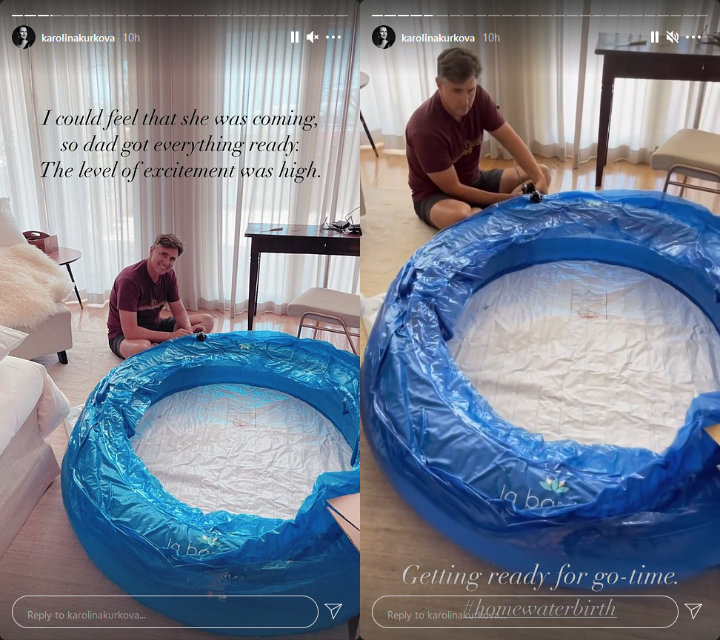 On how her sons reacted to LunaGrace’s birth, Karolina shared a photo of the newborn sleeping on top of Noah. Over it, she noted, “The boys are thrilled and can’t get enough of baby LunaGrace.” In another Story, she captured the moment her baby was surrounded by Tobin, Noah and Archie. “Her arrival makes for a very special Mother’s Day. She is so lucky to have all these boys protecting her:).” 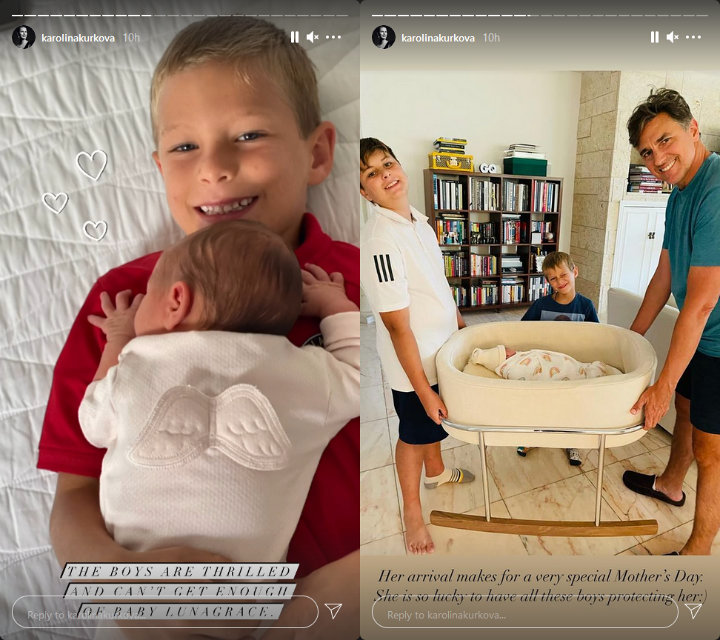 Karolina Kurkova shared how her boys reacted to birth of baby sister.

Karolina announced she was expecting her third child with Archie in December. Writing a personal essay for Glamour magazine, she began by stating, “When my husband and I found out we were pregnant this year, we were surprised but excited.”

“I believe things happen when they are supposed to – it’s part of that magic thing we don’t always have control over. We have to surrender, be patient, evolve, and grow,” the supermodel continued. “But being pregnant for the third time, and especially being pregnant during this time, is a different experience.”