Kate Garraway discusses spending her anniversary away from Derek

‘We did our best to make it special’: Kate Garraway reveals she toasted husband Derek on FaceTime for their anniversary and admits it will be ‘strange’ visiting him in hospital later

Kate Garraway has revealed how she celebrated her 15th wedding anniversary with Derek Draper on Thursday after being unable to visit him in hospital.

Speaking on Friday’s Good Morning Britain, the presenter, 53, revealed she will now be able to see him later in the day, but admitted it feels ‘strange’ as Derek is in a limited consciousness state.

Derek, 53, was hospitalised back in March after suffering complications from contracting COVID-19, and has remained there since.

Kate revealed: ‘We did our best to make it special. We had him on FaceTime. We raised a glass to say happy anniversary.

‘I have a card to take to read to him. He was a prolific card writer for birthdays. He’d always remember. And hopefully he’ll do it again.

‘It will be strange reading to him, but this time I have made a bit more of an effort.’ 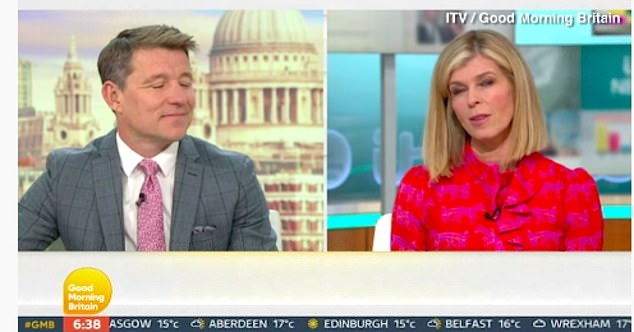 Candid: Kate Garraway has revealed how she celebrated her 15th wedding anniversary with Derek Draper on Thursday after being unable to visit him in hospital

On Thursday, Kate admitted she was having a ‘tough’ day being unable to see her husband.

‘What an extraordinary thing. I won’t be able to see him today, I kind of hoped I would but it wouldn’t work out that way for a visit… 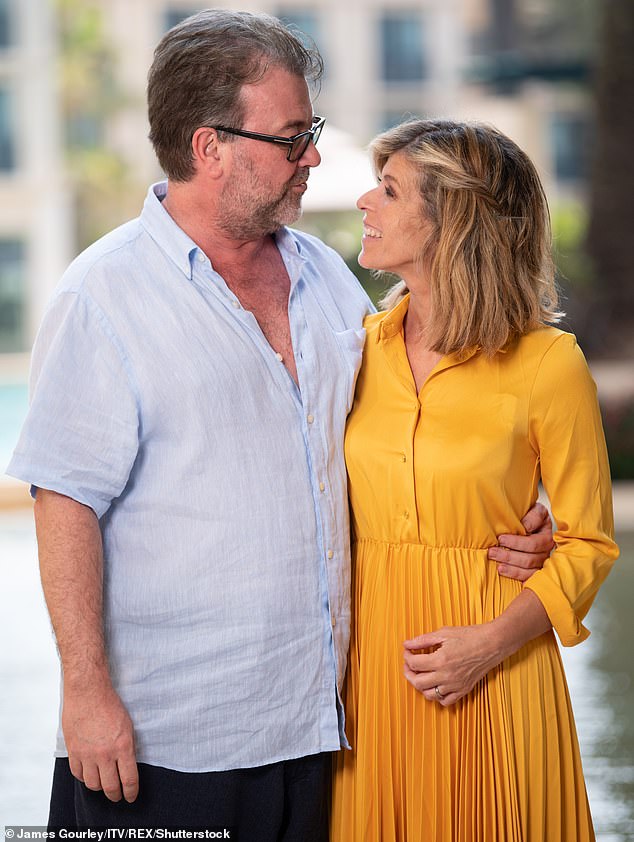 Strange: Kate, 53, revealed she will now be able to see him later in the day, but admitted it feels ‘strange’ as Derek is in a limited consciousness state (pictured in December)

‘But maybe it would be a bit strange anyway. So yeah, it’s a tough day but he’s still here. There’s not a huge amount of change.’

Kate said that she hadn’t seen Adil or Susanna for a while, and went on: ‘So much happens in those couple of weeks, there’s so many seeming positives, but actually when I see people again it’s just the same.

‘But you have to think, at least he’s here with you – you have a flicker and then a bad day but you have just got to keep going really.’ 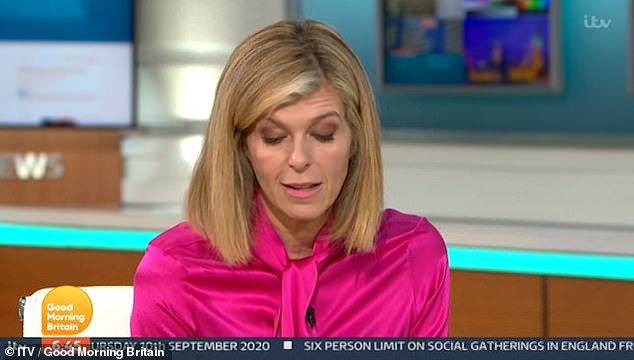 Kept apart: Kate returned to Good Morning Britain on Thursday and admitted it was a ‘tough’ day to come back as she had been unable to see her husband

Derek fell victim to COVID-19 in March and was rushed to ICU and put in a coma – where he has been since.

He is now in a limited consciousness and is unable to talk – but can hear things. His carers have been playing GMB on TV for him, while Kate is on.

Kate returned to the studio having taken time out to settle her children into school, after what has been a challenging six months for the family. 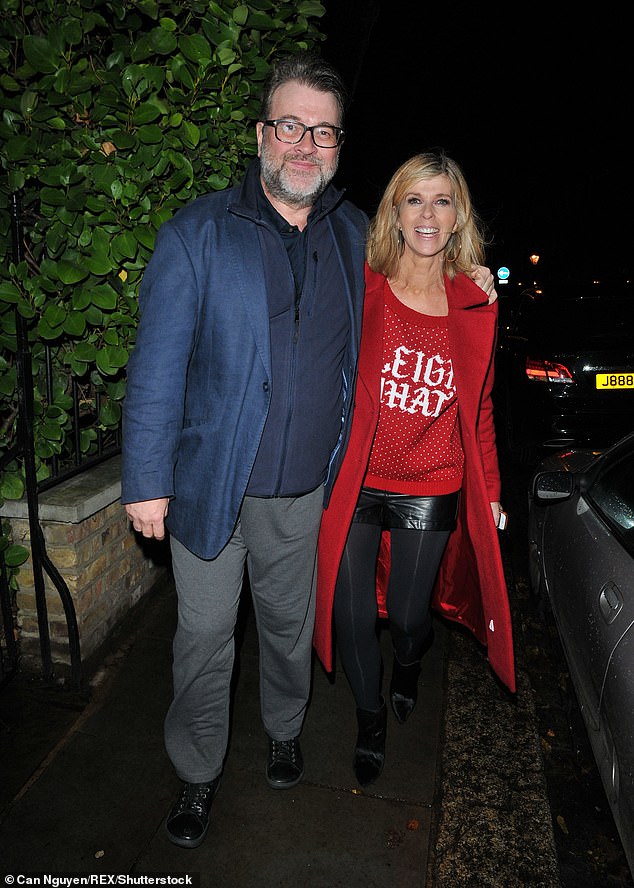 Tragic: Derek is now in a limited consciousness and is unable to talk – but can hear things. His carers have been playing GMB on TV for him, while Kate is on (pictured in December)

Derek is one of an estimated just five people in the world whose bodies have been damaged so much by Covid.

He has survived but for how long – or even if he can recover – the doctors can’t say as his condition constantly fluctuates.

Kate contracted coronavirus herself at the same time as Derek, but made a full recovery.

Good Morning Britain airs weekdays at 6AM on ITV.

A timeline of Derek’s coronavirus battle

Kate revealed she and Prince Charles had got ‘relatively close’ at the Prince’s Trust Awards on March 11 – Charles was diagnosed with coronavirus in mid-March.

‘He said he had a headache, numbness in his right hand, and was struggling to breathe,

‘I rang Dr Hilary (Jones) and tried to get through, he talked to Derek. He said put me back on, I think you need to call an ambulance’

Derek, 52, was taken into hospital on March 30 and remained in an unresponsive condition.

Kate and her children isolated at home after she displayed ‘mild symptoms’.

‘I’m afraid he is still in a deeply critical condition, but he is still here, which means there is hope.’

Kate said: ‘The journey for me and my family seems to be far from over as every day my heart sinks as I learn new and devastating ways this virus has more battles for Derek to fight.

That month, Kate and her family took part in the final clap for carers

She said: ‘I’ll never give up on that because Derek’s the love of my life but at the same time I have absolute uncertainty’

On June 5, Kate revealed Derek is now free from coronavirus but continues to fight against the damage inflicted on his body

On July 5, Kate revealed Derek has woken from his coma but he remains in a serious yet critical condition.

On July 8, she announced she would be returning to GMB, after being urged by doctors to ‘get on with life’ during Derek’s recovery.

She added that Derek had ‘opened his eyes’ after waking from his coma, but has been told his recovery could take years.

On July 13, Kate returned to GMB for the first time since Derek was hospitalised.