Home » Celebrities » Katie Holmes on the pandemic: ‘I believe we have become better people’

Katie Holmes on the pandemic: ‘I believe we have become better people’ 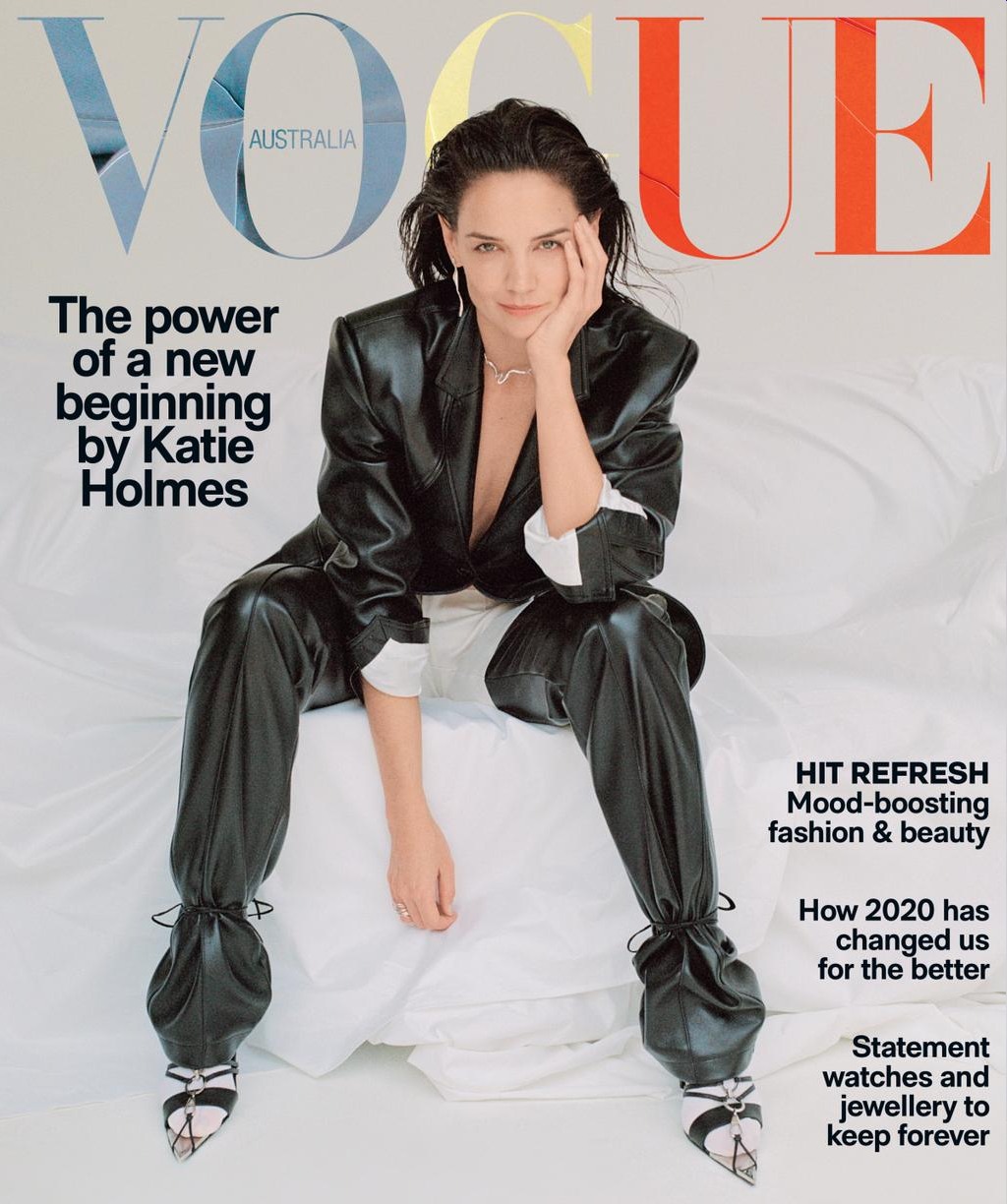 Katie Holmes covers Vogue Australia, likely in part to highlight her work as an ambassador for the Ronald McDonald House Charities. It’s kind of a half-assed cover profile though – it’s clear that Katie was only really interested in posing for photos, not participating in the interview. So Vogue Australia basically let her write a little essay about… nothing, really. She’s just talking about being in New York for the pandemic and that’s about it. It’s like it was written by someone who works at Dairy Queen.

Life in New York: “Today I am in New York City. It is October of 2020. The city is emerging as a whole because of the fortitude and hard work of so many. There is a feeling of true connectedness among strangers. The subway isn’t as busy as it once was but we see each other more clearly now. We think about one another in appreciation for having survived the pandemic mentally, emotionally and physically.

She read a lot during the pandemic: “The journey of the pandemic for me was filled with many experiences. During this time, I revisited books that I value, including, Between the World and Me by Ta-Nehisi Coates, Just Kids by Patti Smith and Play it as it Lays by Joan Didion.

She was still & quiet: “Hobbies such as sewing, painting and writing became new hallmarks of satisfaction and having had time at home to just be. To listen. To live for a moment in time without the pressure of results and instead appreciate the natural rhythms of mother and daughter was the most precious gift.

She traveled to Ohio at some point: “Seeing my family in Ohio after months of FaceTime calls felt like Christmas morning. My mom’s eyes were brighter, my dad’s hands even stronger and our hugs much tighter. Taking time in Washington Square Park with a friend whose little child was taking his first steps brought me back to when my own child began to walk. I felt nostalgic and in awe of the power of time and the continuation of life.

She’s hopeful: “The world has shifted and taken on a new shape and I believe we have become better people. The absence of routine, the revelation of truths that lie just below the surface, the challenge of moving forwards despite fear, and the willingness to be open to what our new world will be, are realities that have connected us all. My fingers are crossed that what began as shock will end in hope. And that our deepened empathy towards one another is what we will carry with us into 2021 and beyond.

I mean… I mostly think it’s weird that she’s acting like the pandemic is over? It’s not over. While the state of New York was hit early and hard and now they’re in better shape than the rest of the country, none of this is by any means over, and it won’t be over for a while. But I like the idea of Katie just sitting in her apartment and sewing and painting. That sounds restful. Except that starting in late August, she began going on a Manhattan-exclusive love tour with her new guy, Emilio Vitolo. Sigh… at least they were wearing masks though. 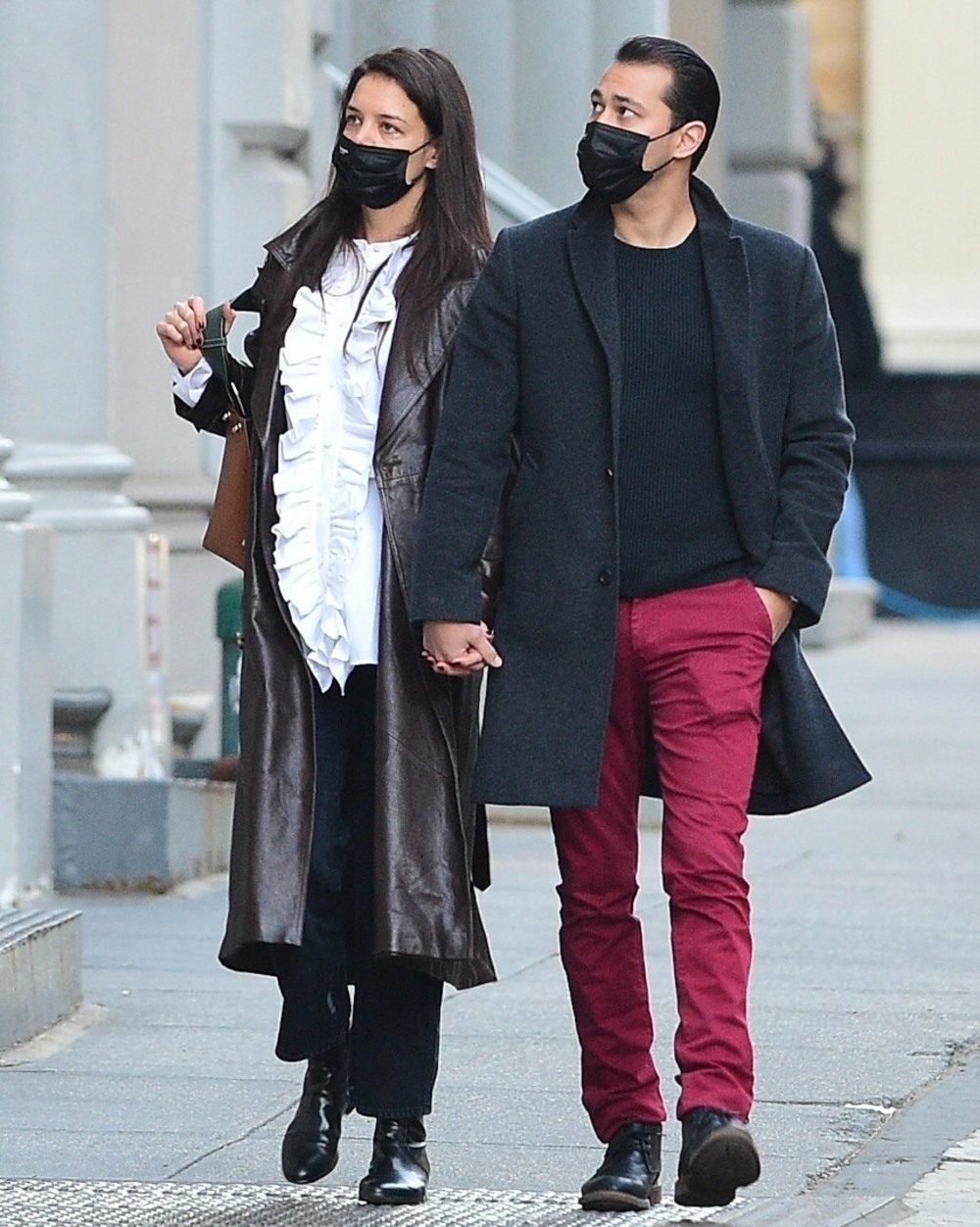